The Best Magazine Covers Of 2012 So Far

We might be a mere three days in to the new year but already magazine racks at the newsagent have been flexing under the weight of 2012-issue fashion publications from around the world. Here are some of the most beautiful, interesting and eye-catching covers we’ve seen so far.

Dazed & Confused January 2012: Rooney Mara shot by Glen Luchford
There is something intriguing about this cover featuring the star of The Girl With The Dragon Tattoo. Dazed & Confused photographer Glen Luchford has resisted the temptation to stage Mara as her goth-punk movie alter ego Lisbeth Salander (a pleasant change), instead opting to capture a different more vulnerable side of the actress. Looking off camera dressed in black Alexander McQueen lace, Mara has never looked more compelling. 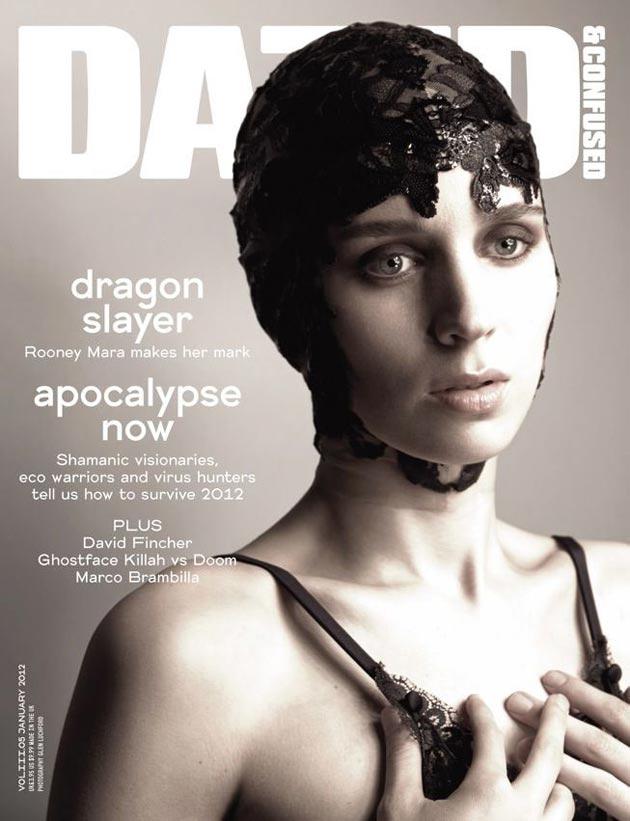 Elle UK February 2012: Dakota Fanning shot by David Slijper
A striking cover of the young starlet channeling her inner Lolita taken by David Slijper. The gauzy air-brushing on her hand is a little doll-like and creepy, but otherwise this flawless cover marks a coming-of-age for the 17-year-old actress. 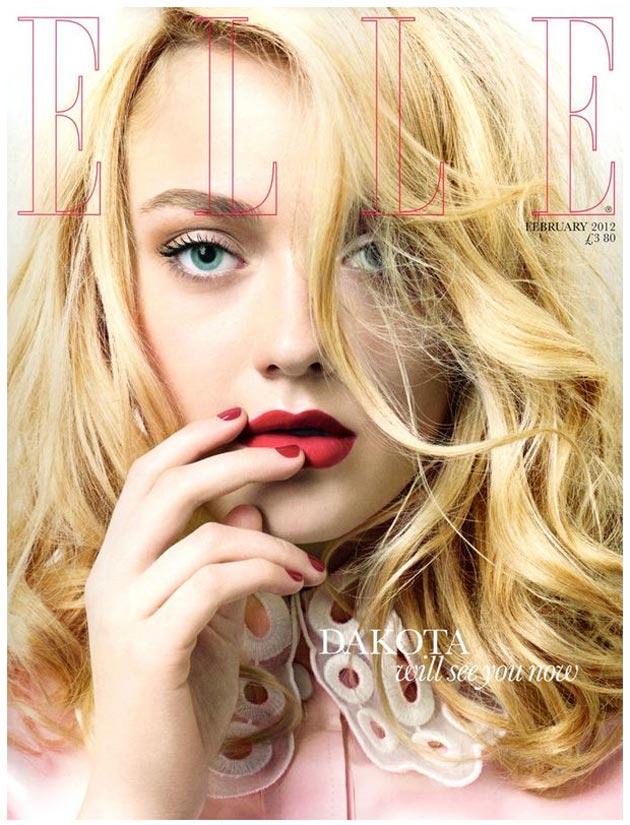 Elle UK January 2012: Lady Gaga shot by Matt Irwin
Another from Elle UK, this time featuring last year’s most prolific cover girl Lady Gaga. We’ve seen scores of magazines with Gaga adorning the cover and shilling every available persona from her bottomless catalogue of options. However, what makes these two Matt Irwin-lensed cover shots different is Gaga’s youthful vulnerability – a trait that rarely comes across in louder, zanier editorial images of the star. 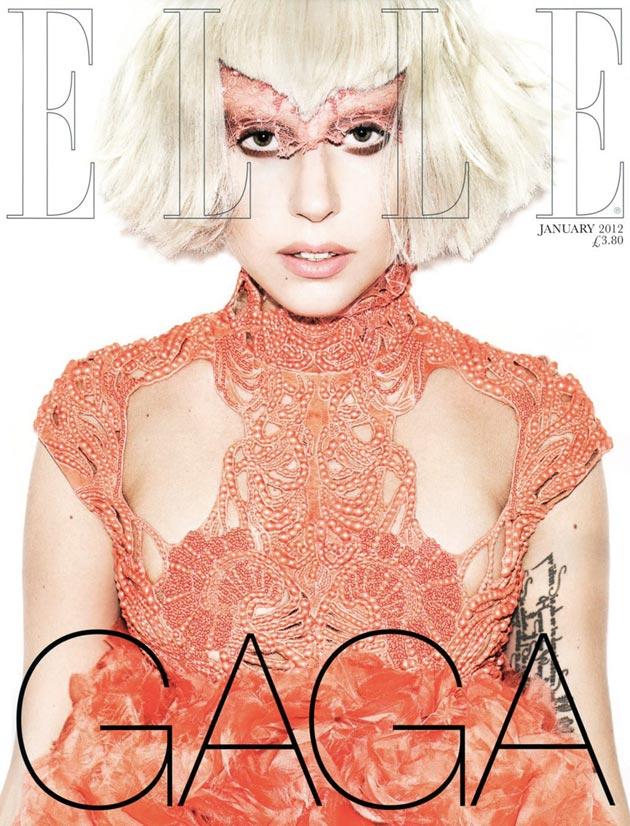 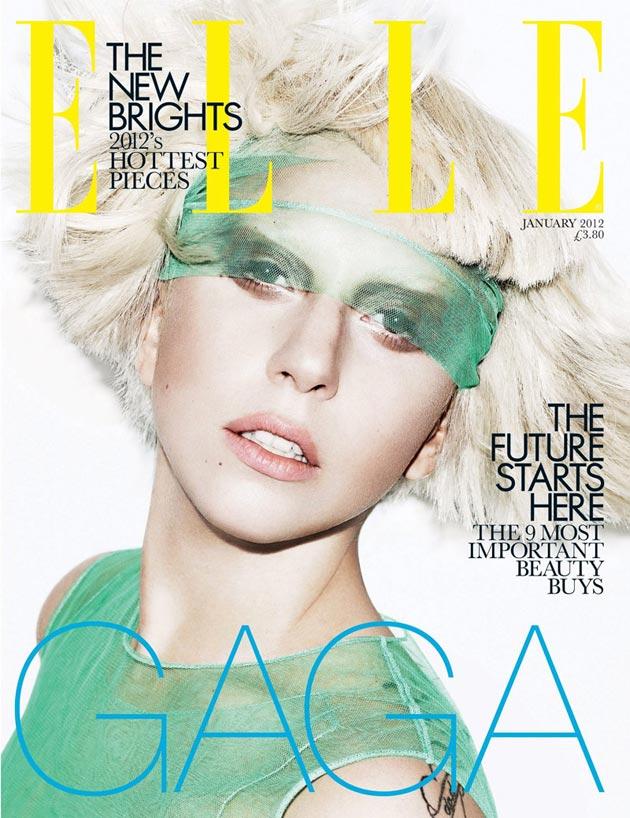 Vogue Germany January 2012: Carola Remer shot by Greg Kadel
The byline “The Art Of Fashion” fits perfectly with this vibrant, wonderfully-styled cover of gorgeous prints and florals. The movement and colour of Nicola Knels and Lynn Schmidt’s styling and Greg Kadel’s photography make this cover refreshing and fun – Anna Dello Russo would approve. 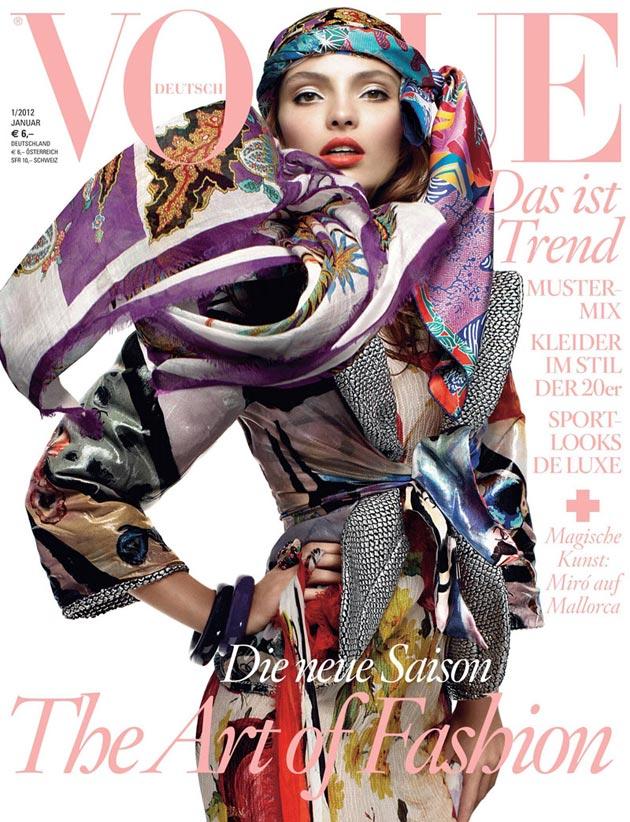 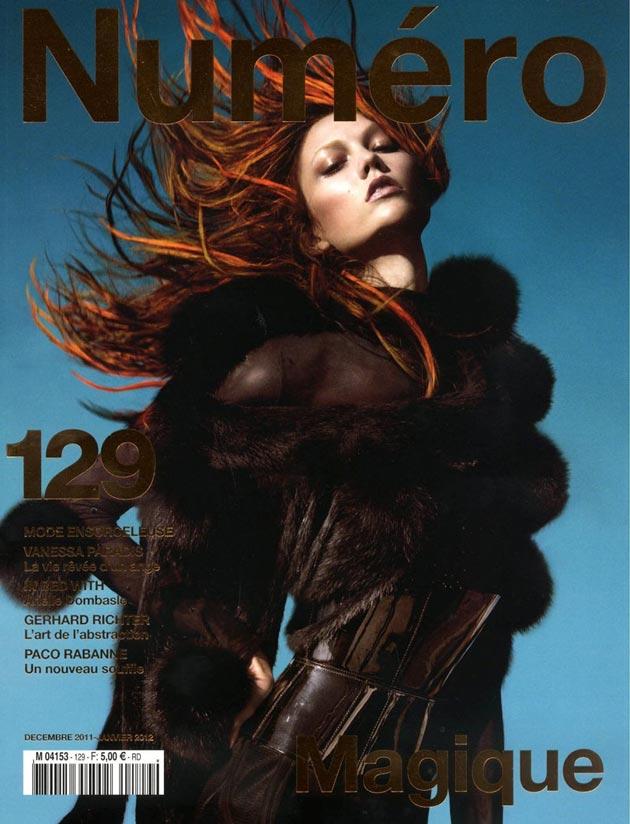 The Journal issue 31 2012: Elisa Sednaoui shot by Magnus Unnar
A great cover shot, not just for the glimpse of model Elisa Sednaoui’s perfect breasts (*eyes boyfriend warily*), but because it captures an actual sense of place and context. Rather than gleaning perfection in a well-lit photography studio, Icelandic photographer Magnus Unnar freezes this intimate image on location thereby taking this shot past the ‘who and what’ of most studio covers and adding a ‘where, why and how’ into the story. 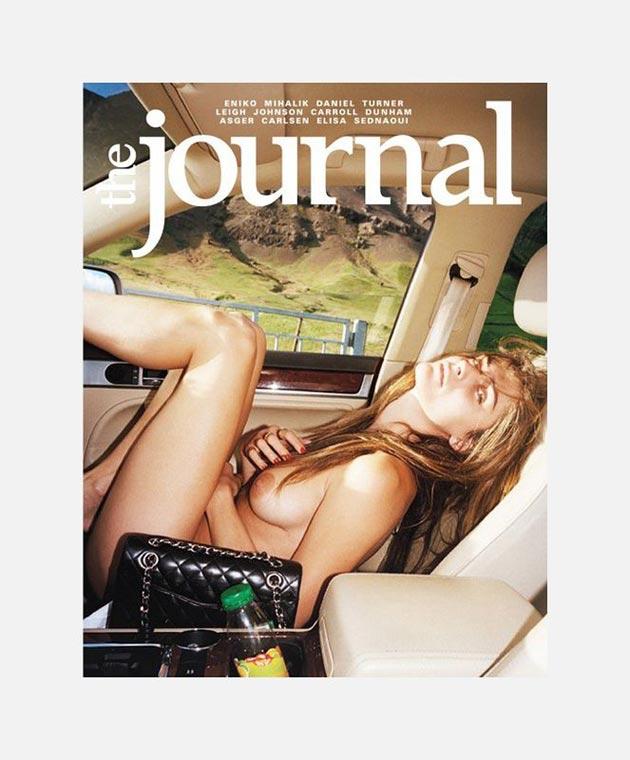