HBO’S GIRLS
Like the girls on HBO series Girls, this group of what we refer to in Australia as “personalities” are twenty-something ladies, independently paving interesting careers. That wasn’t supposed to be clever or anything.

Horse racing royalty and Channel Nine television presenter Emma Freedman knows a lot about horses but while there’s a touch of helmet hair about her, there are no saddles in sight with this fun fluorescent look featuring a Ginger & Smart (I think) dress and a hot pink pump. 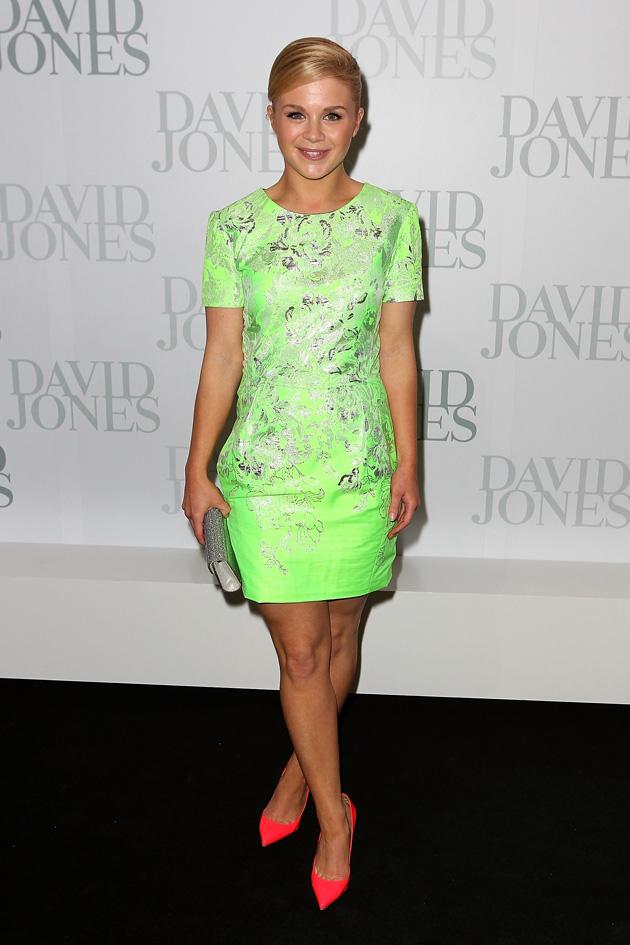 Megan Washington opts for the demure black French lace of her favourite local label LOVER and pairs it with an awesome KEYBOARD HANDBAG. 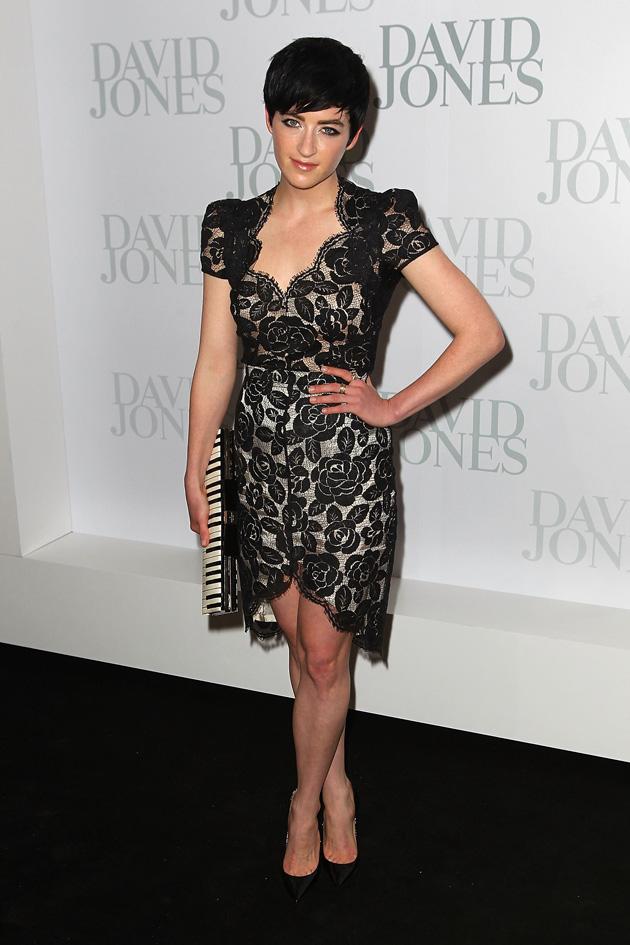 One time Miss Universe finalist Jesinta Campbell is a little too matchy-matchy with tangerine lip, clutch bag, and – let’s be honest here – human skin. Those legs are so fauxrange they’re almost too painful to look at. 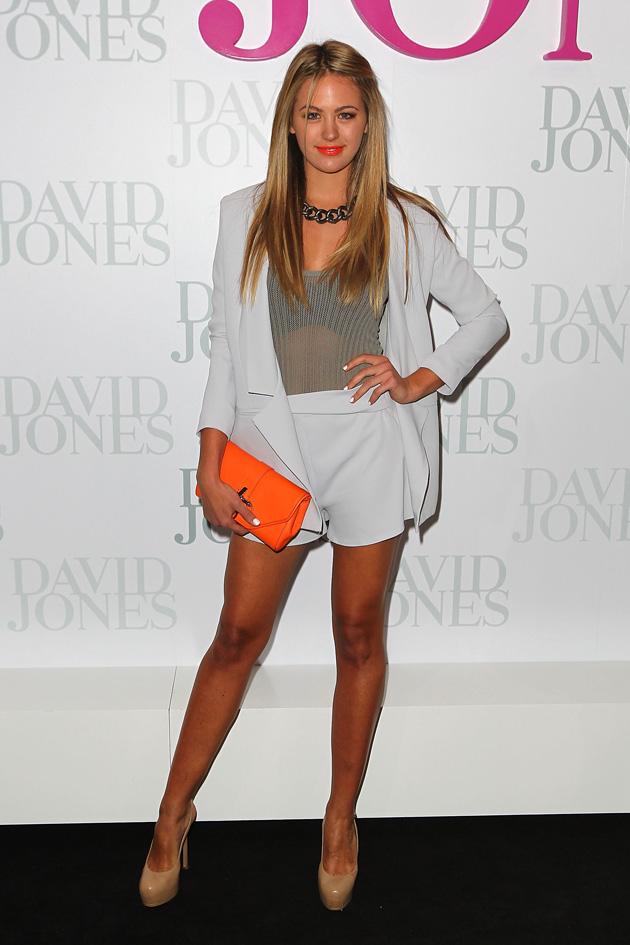 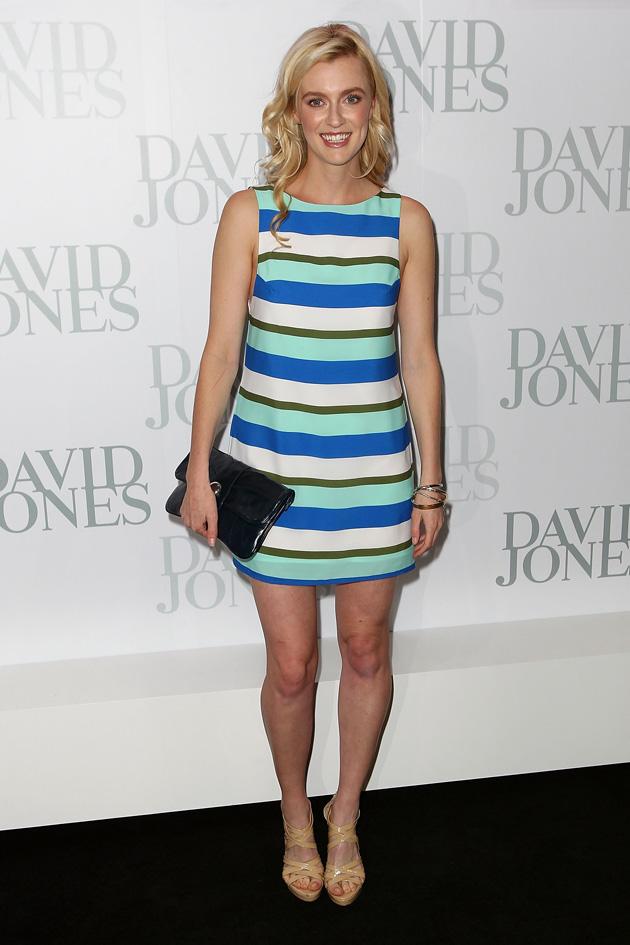 The all-in-black outfit and sophisticated wine-coloured lip is fantastically foxy on Lara Bingle. Do not be fooled by the coy little wave; she looks like a sexy assassin from a James Bond film. 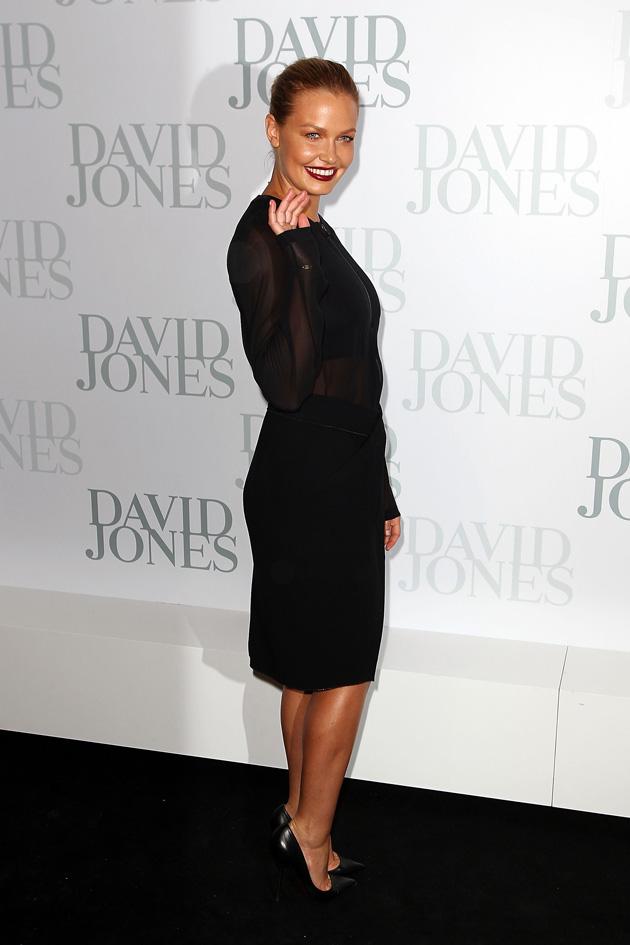 WAG NATION
While these women shouldn’t be defined by who they are dating or married to, at the risk of being labeled a sexist pig I’m putting them under this category anyway.

Kate Waterhouse gets graphic in a fabulous Dion Lee minidress and heels I would mug her for. Will refrain from mugging because her wild-eyed husband Luke Ricketson could definitely knock my block off. 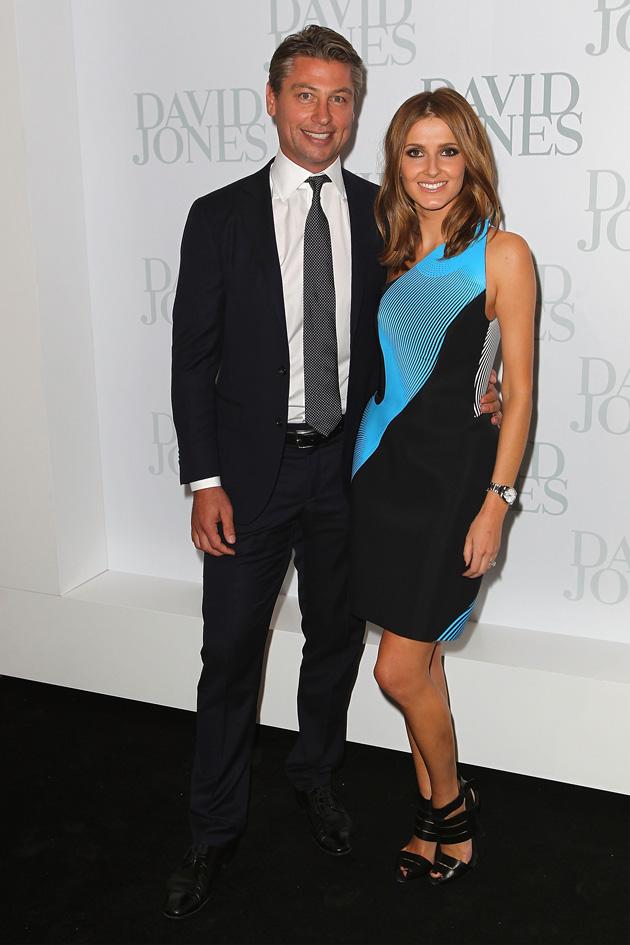 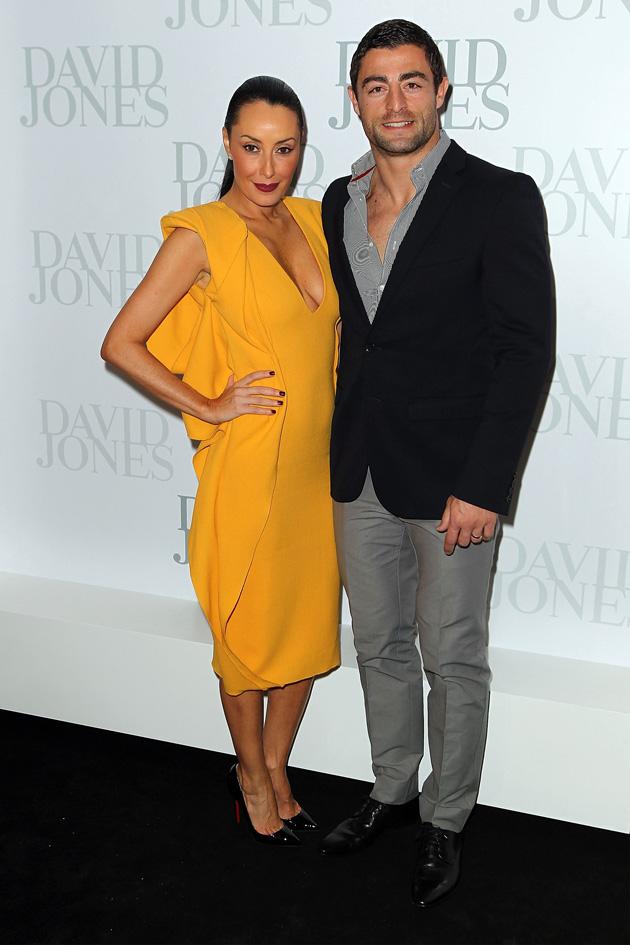 Jodi Gordon keeps with the orange theme in both dress and lip while boyfriend (fiance?) Braith Anasta is just stoked to be there. 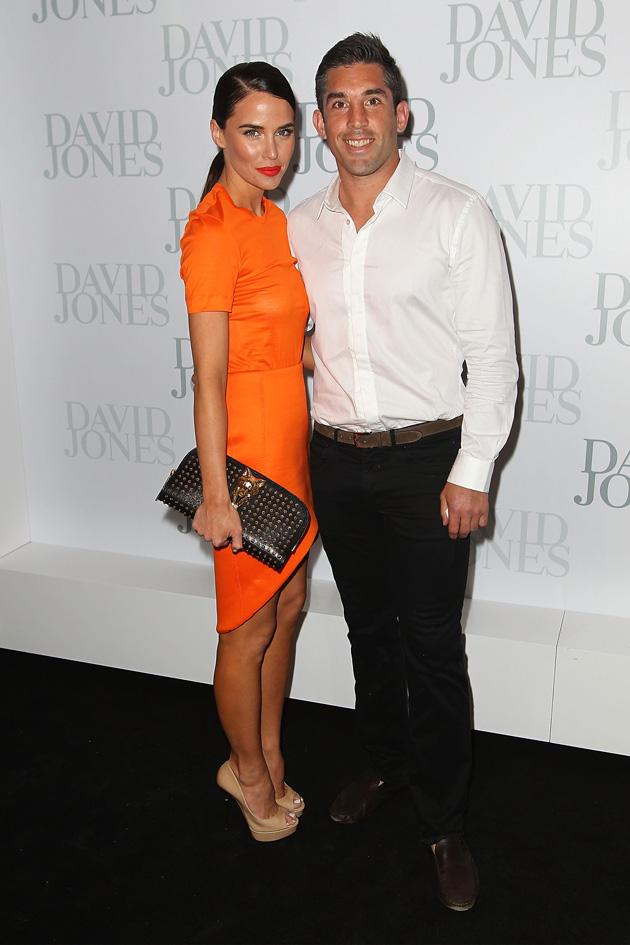 Josh Goot keeps it simple in a dashing three-piece suit and black tie, while his other half, super stylist and Vogue Fashion chief Christine Centenera couples a quilted bomber jacket (designed by her boyfriend, obviously), a metal t-shirt by Balenciaga and too much freaking hair in her pretty face. 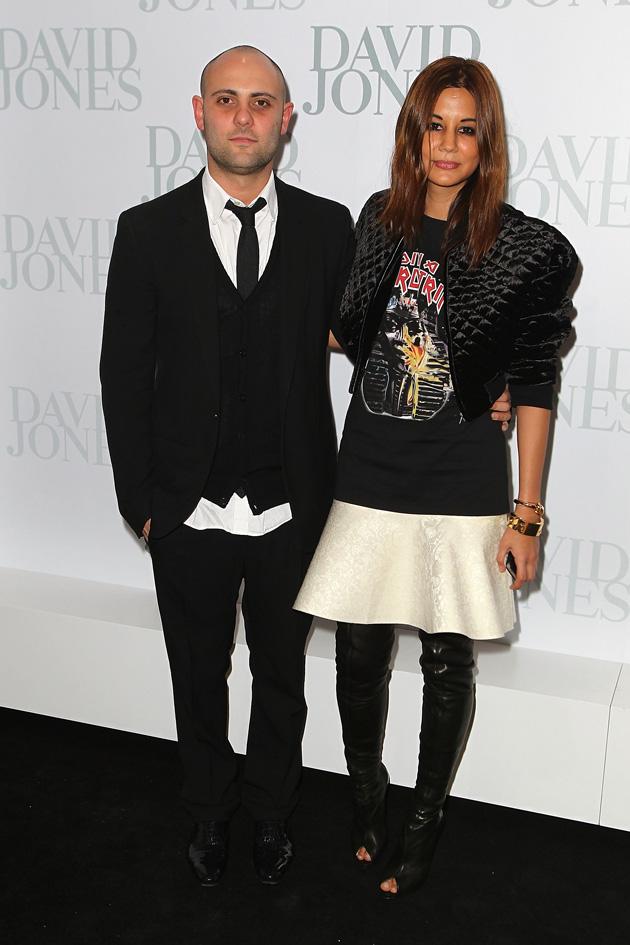 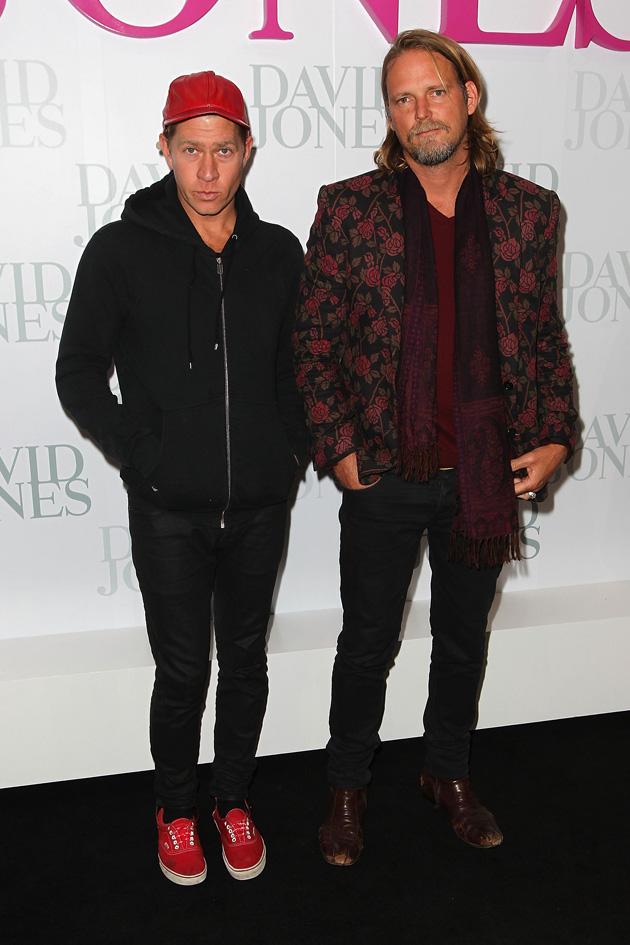 Romance Was Born designers Luke Sales and Anna Plunkett are like a miniature fashion-conscious Zach Galifianakis (PS let’s start comparing anyone with a beard to Zach Galifianakis) and Riot Grrrrl Barbie, respectively. In a good way. 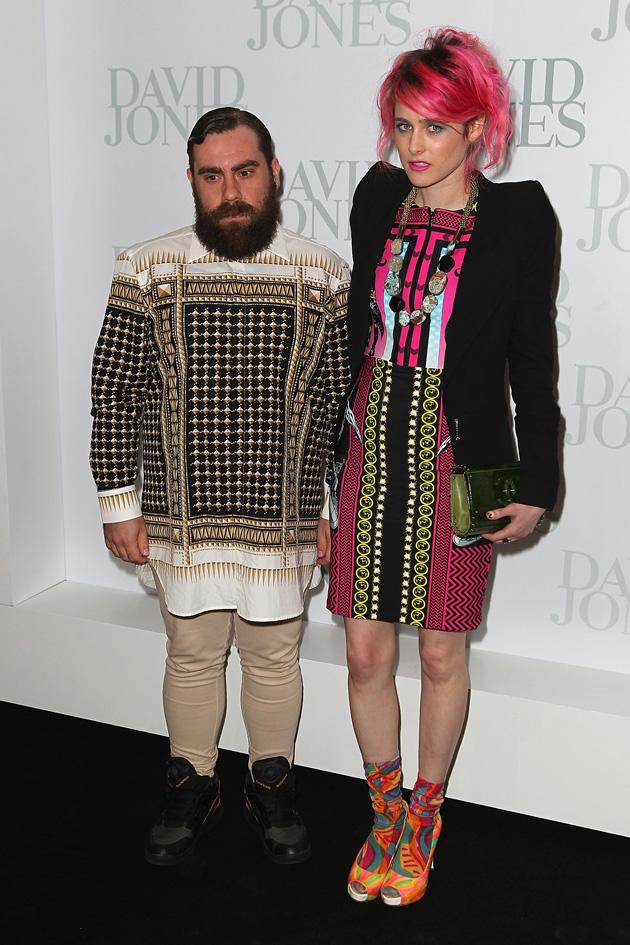 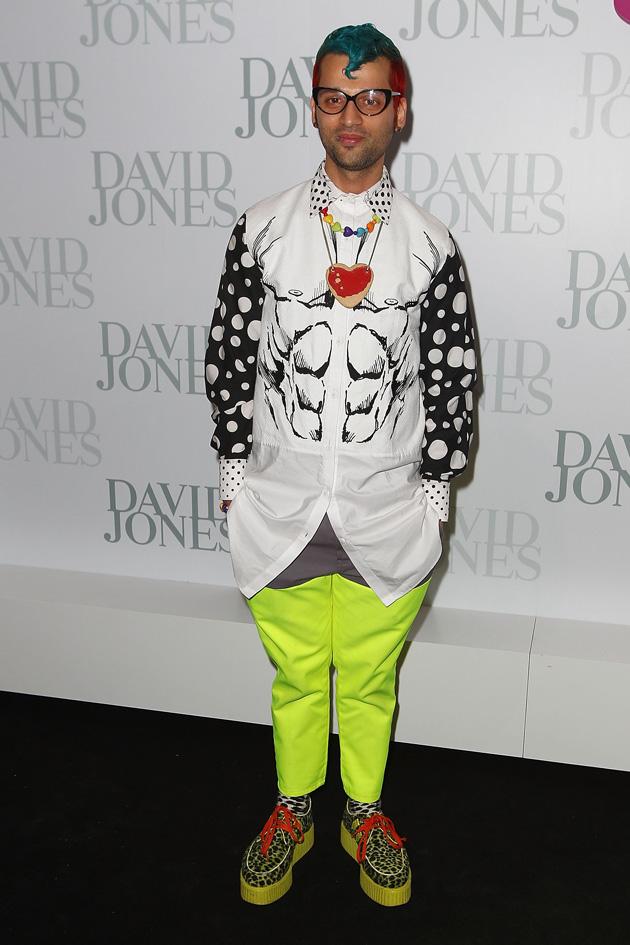 Camilla Franks, Sydney kaftan queen, looks exactly like a person referred to as a ‘kaftan queen’. Owns it. 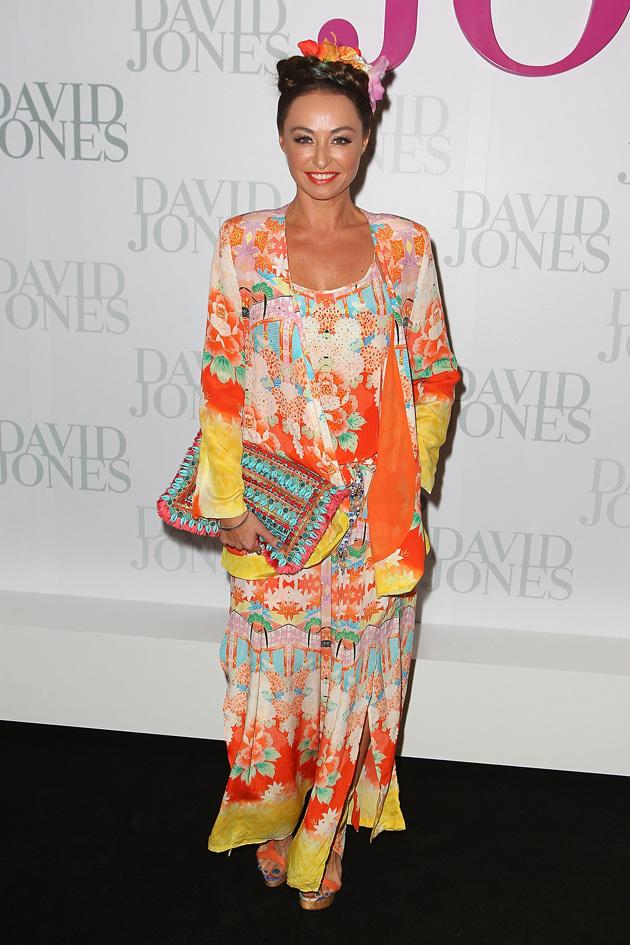 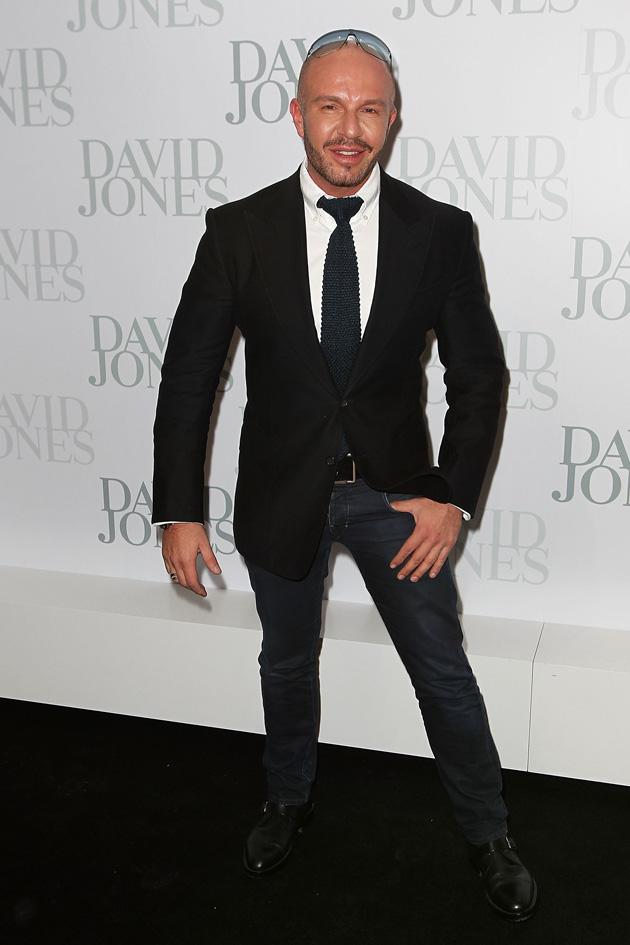 MODELS INC
There was once a mid-Nineties show called Models Inc starring Cameron Daddo. Should you choose to seek it out, may god have mercy on your soul. Here are the models… 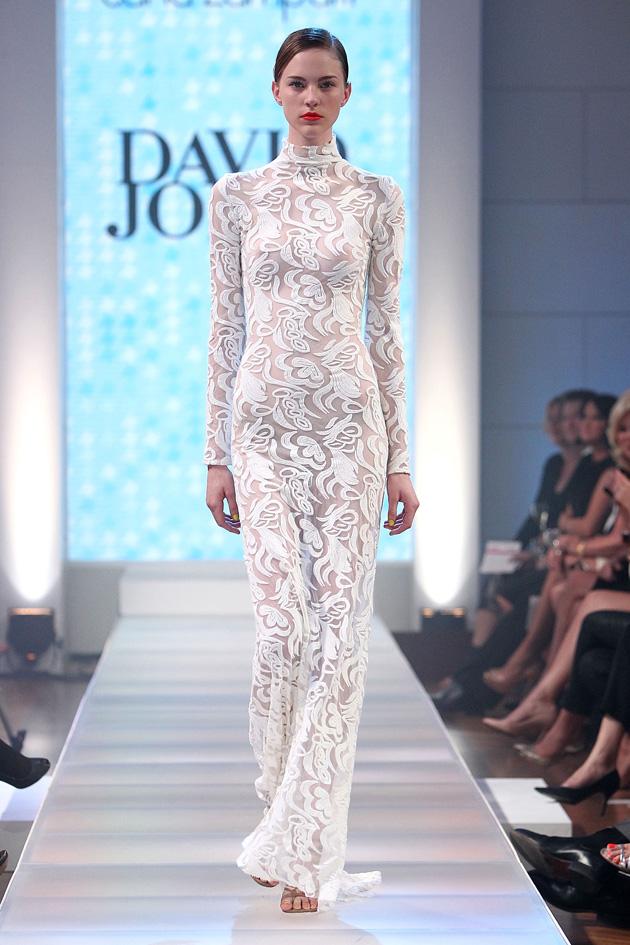 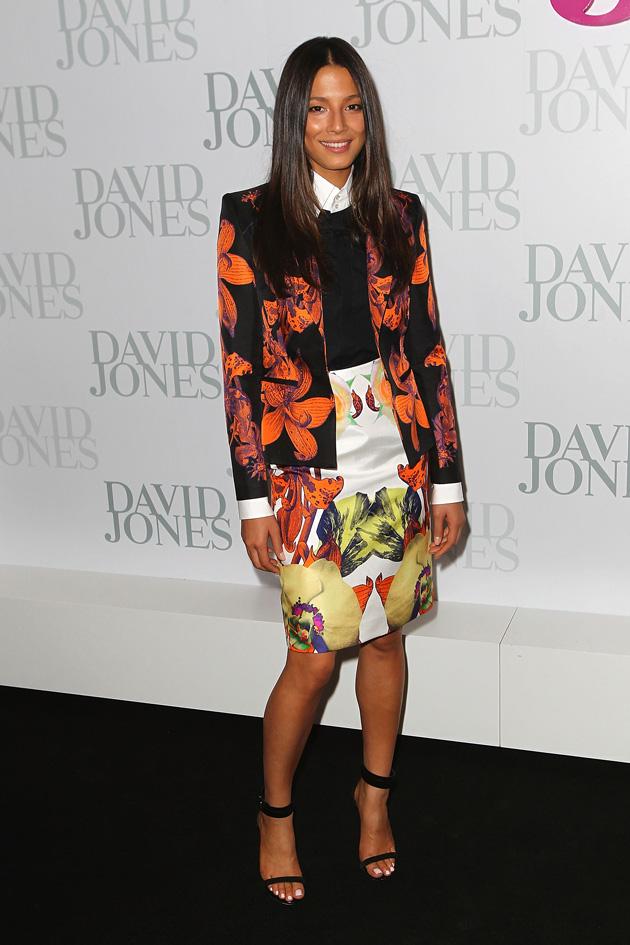 … Though, I much prefer her in this pants-free superhero costume by Romance Was Born. 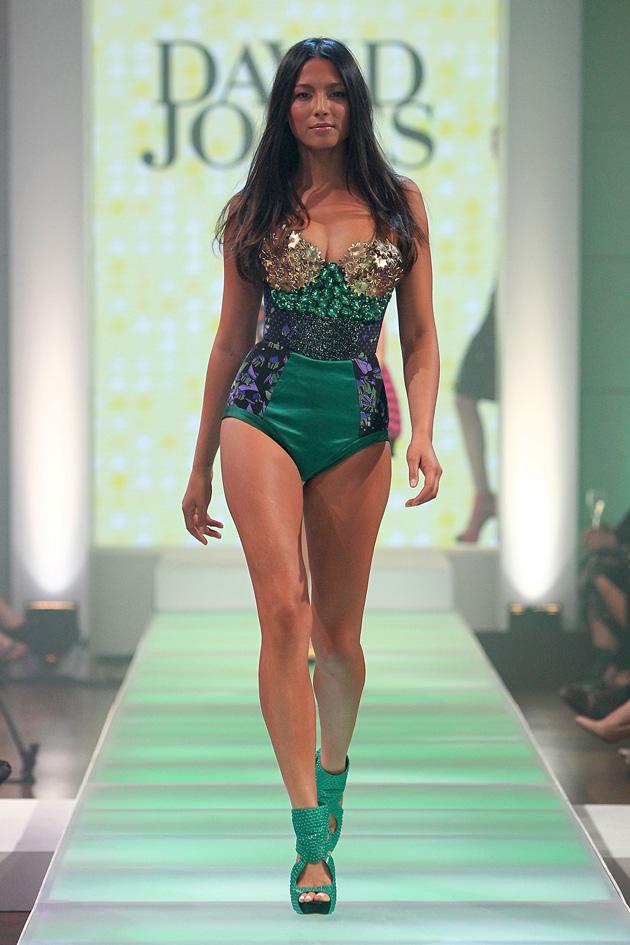 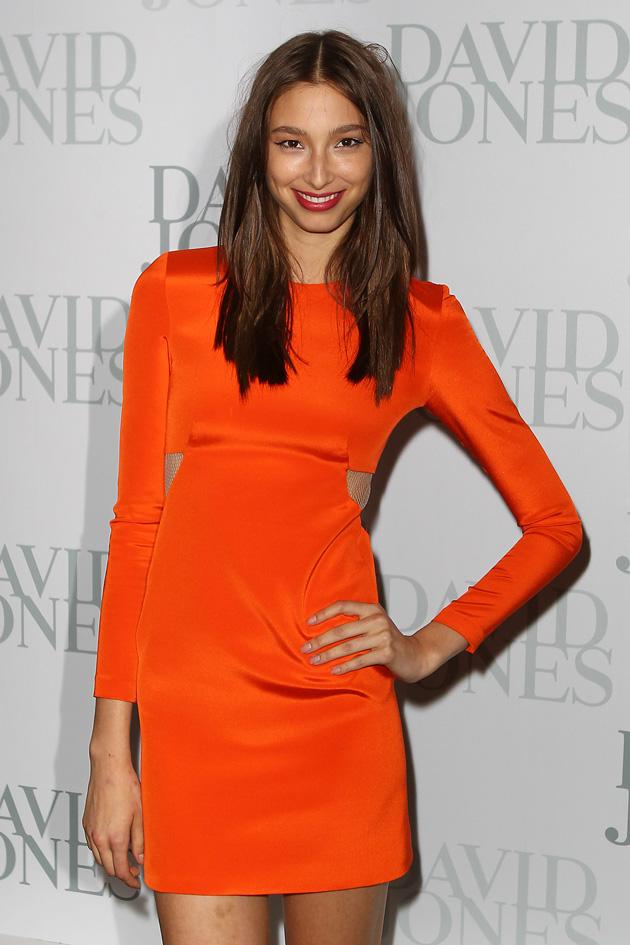 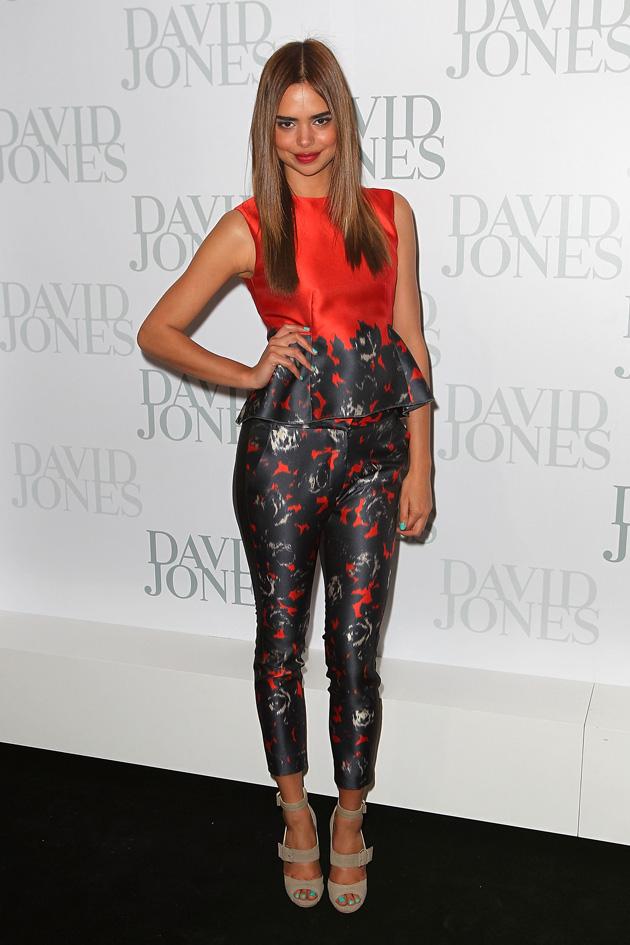 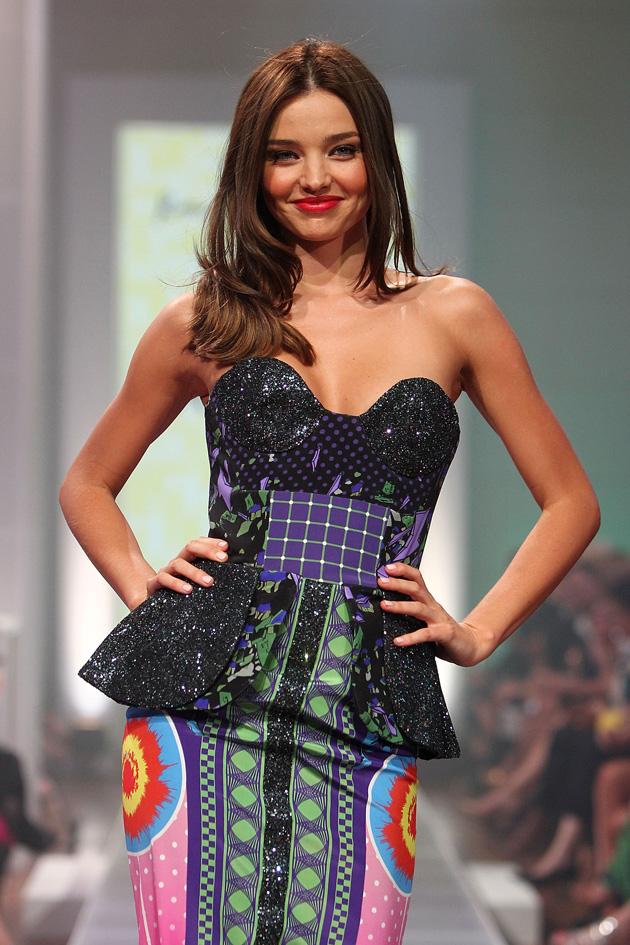 And the big surprise of the evening, the extraordinary Julia Nobis wearing Collette Dinnigan. 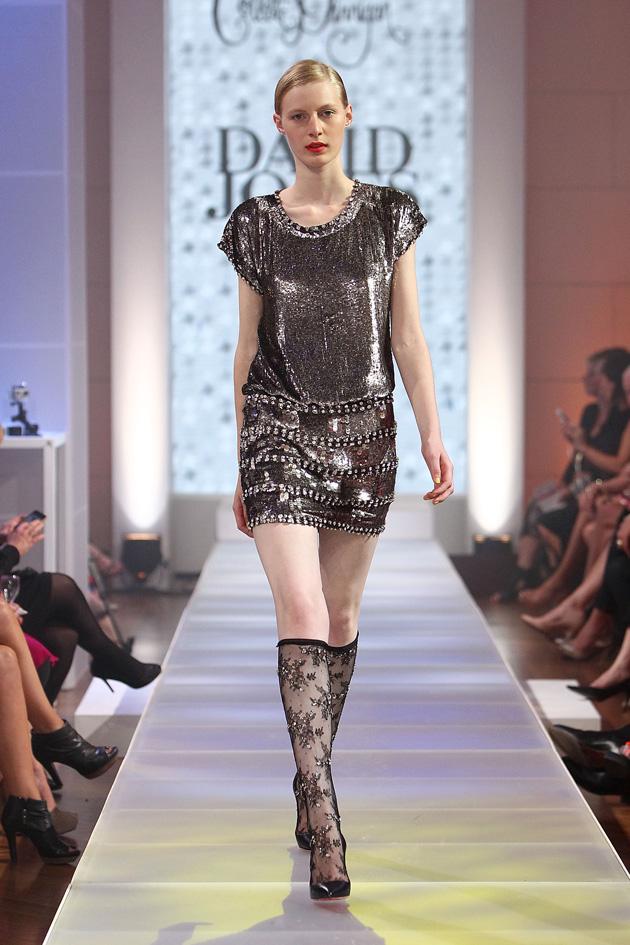