The ‘national costume’ component in the beauty pageants of the World (or Universe) is never without its critics. Not because a unitard embellished with rainbow-coloured beads might not be considered a fine sartorial representation of the Australian nation, but because a unitard embellished with rainbow-coloured beads is garish, ridiculous and hideous. – This is the general sentiment that has so far been directed at the national costume for 2012 Miss World Australia finalist Jessica Kahawaty, designed by Melbourne couturier Belluccio.

Belluccio posted photos to Facebook revealing the costume that Kahawaty will wear at the 62nd Miss World beauty pageant next month. 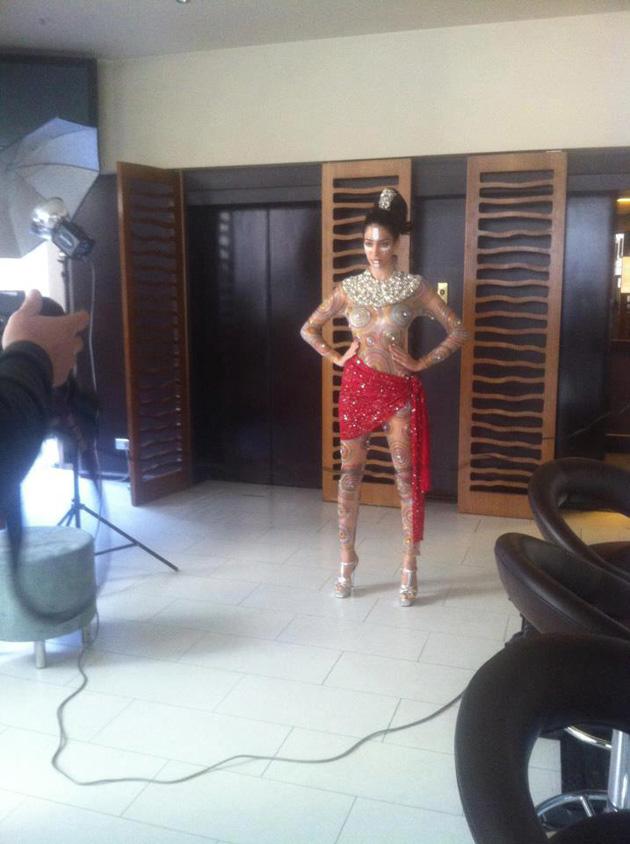 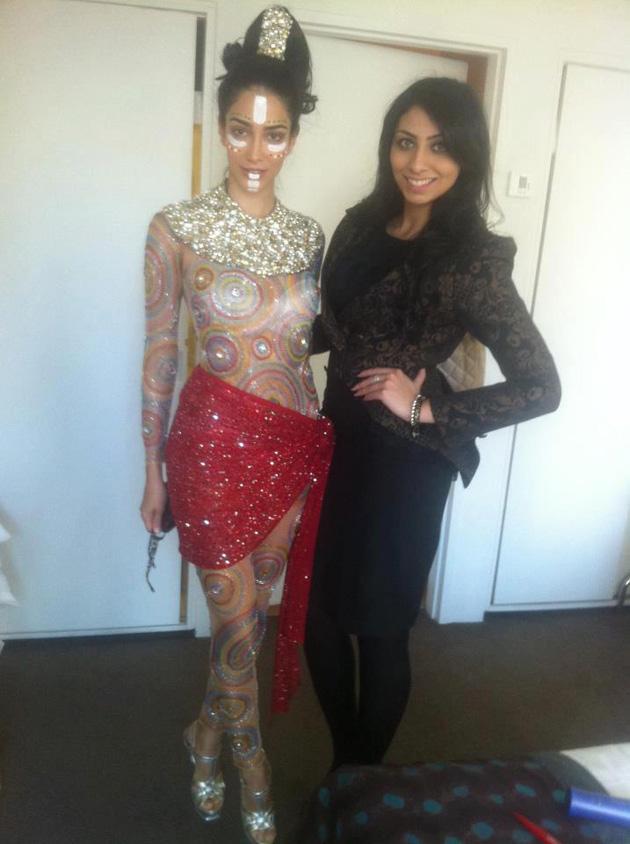 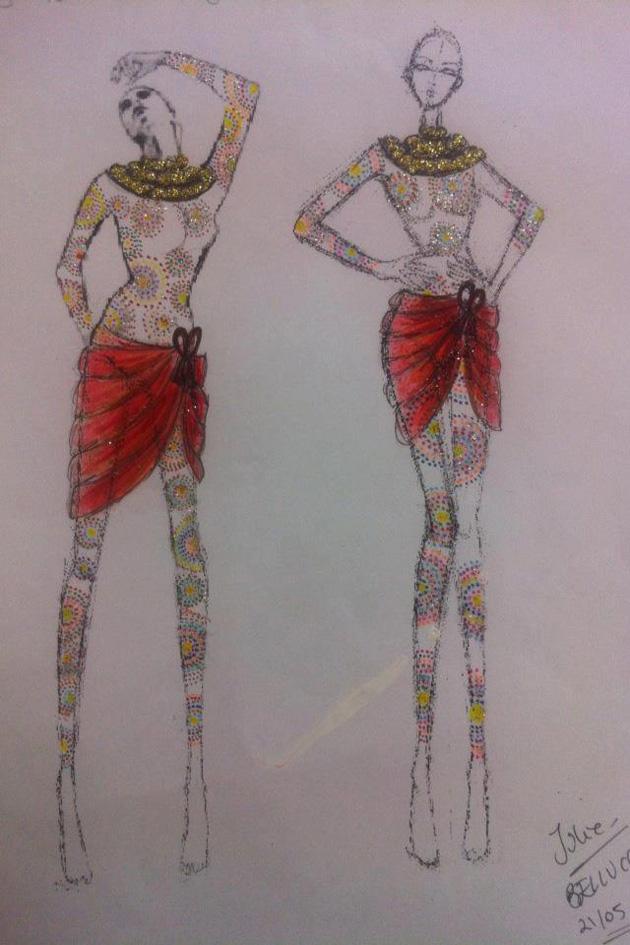 Among the costume’s outspoken haters includes Sydney designer Alex Perry who told the Herald Sun: “I never knew Egyptian sea urchins were Australian? The creators of Avatar called, they want their catsuit back… I can’t see the connection to Australiana in this – it has a little too much Cirque du Soleil for my liking.”

I was thinking more along the lines of rhythmic gymnastics leotard, but I also like the Cirque du Soleil comparison… However, the bitchy scrutiny of this and every other national costume designed for pageant purposes is fucking absurd.

Firstly, people seem to forget that it is supposed to be a costume and not a red carpet gown by your nation’s greatest designer outfit. By definition this form of expression is supposed to reflect the country’s unique attributes – for example the tartan kilts in Scottish culture and kimonos to the Japanese, and the Belluccio design was “inspired by Aboriginal art and the colours of Uluru”, which seem like appropriately unique cultural touchpoints.

Secondly, if history has taught us anything it’s that these costumes are basically supposed to be hideous. Remember the Kooey abomination worn by Scherri-Lee Biggs for Miss Universe 2011?