A beautiful photograph of a topless Jennifer Hawkins features on the February 2013 cover of Harper’s BAZAAR In a perfect storm of cross-promotion for the magazine and the pending season of Australia’s Next Top Model.

Hawkins was recently announced as the new host of Australia’s Next Top Model, replacing noted earwig novice Sarah Murdoch in the role, and will mentor the burgeoning Montana Cox‘s of the future, one of whom will go on to star in a cover spread for Harper’s BAZAAR.

Australian photographer Simon Lekias shot the February cover styled by Thelma McQuillan, for which Jen wears a coutureish skirt of tangled white fabric tubing by Toni Maticevski with wet look hair by Michele McQuillan and Dior makeup by Charlotte Blakeney. It’s great to see an all-Australian line up behind the cover of an Australian magazine.  We wonder if this is the kind of toplessness of which David Koch would approve? 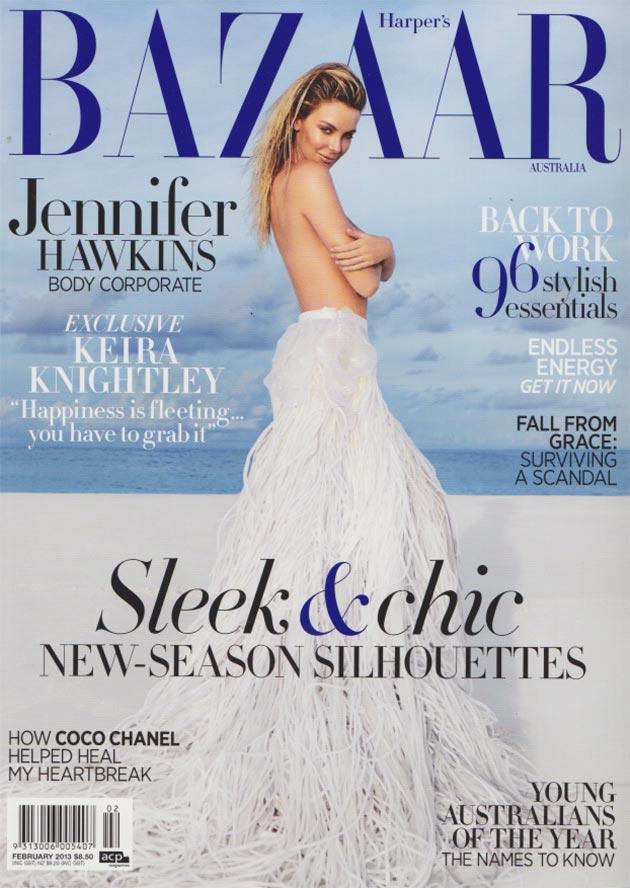 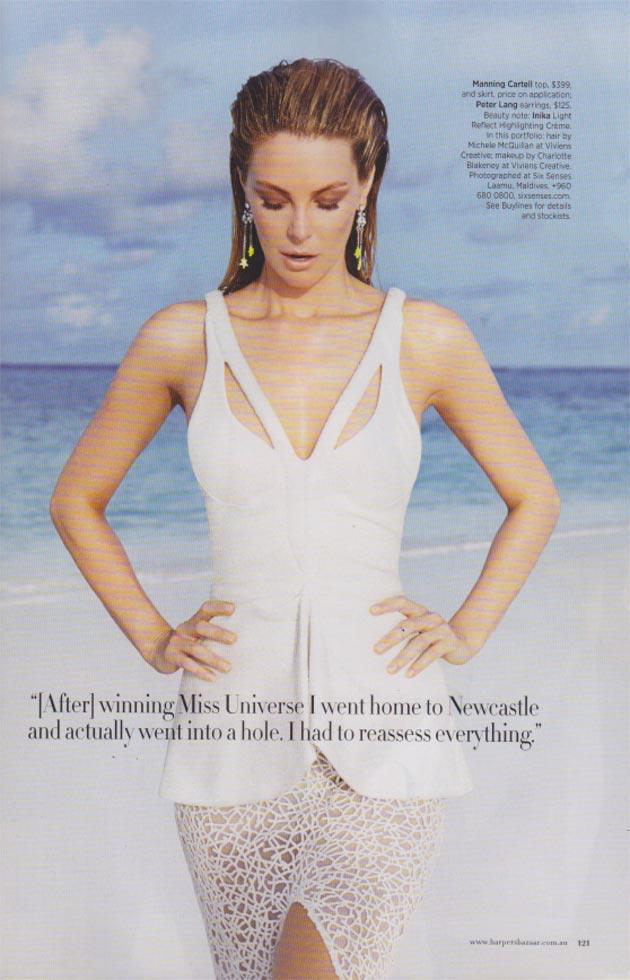