During a recent visit to Australia, internet breaker and raccoon pacifist Kim Kardashian was spirited away to a secluded beach at Jervis Bay, south of Sydney, for a photo shoot.

The results will grace Vogue Australia’s February issue, and it will be the first time Kim has appeared solo on a Vogue cover, after previously appearing as part of a couple with Kanye.

Anyway, here’s the #blessed image you came to witness, with Kim in a gown from Balmain‘s Spring/Summer 2015 collection: 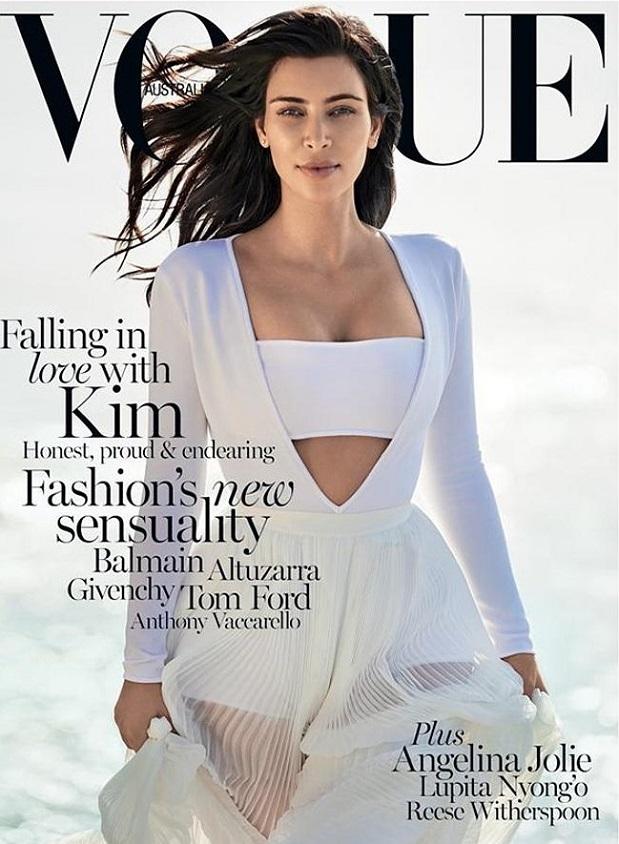 So honored to have worked with one of style icons, fashion director @Centenera for @VogueAustralia out Monday pic.twitter.com/P3mkBCpJf3

Per a report in News Limited, Vogue Australia editor Edwina McCann says that the magazine donated money to the local indigenous community, which will be used to build a skate park.

We spoke to Kim when she was in the country last, and it was everything.

Try and keep up with her at your peril.