Going out and getting yourself lost in the bush ain’t a solid idea, but if you absolutely must cut yourself off from humanity and mobile reception, U.S. woman Amber Vanhecke has got some pretty solid advice for you.

Vanhecke, who was rescued after an ill-fated trip to the Grand Canyon last week, has given an interview to ABC describing how exactly she survived when her GPS sent her down a “ratchet dirt road” in the middle of the night.

After finding herself near the Canyon’s southern extremity in Arizona, Vanhecke admitted to “panicking and crying and sobbing” when she realised she was without reception and fuel, but prior planning helped her out: a 16-to-18-day supply of food and water in her car meant she had provisions to last a lil’ while.

She also made the good call of informing friends and family of her proposed travels via Facebook before embarking on her trip, but she reckons the moment a partial call to 911 cut out “was the first moment I felt true panic.”

Without contact with the rest of humanity on her second day, she made another v. good decision by fashioning a large SOS help sign in the hopes planes would clock it from overhead. No dice, however, and Vanhecke found herself out there for a lil’ longer.

Heartbreakingly, a truck passed her on the fourth day, but it didn’t slow down whatsoever. “I chased them as far as I could,” Vanhecke said, but “they didn’t hear me and they didn’t see me.”

It’s worth mentioning at this point that Vanhecke started recording video messages to her family on her phone, conscious of the possibility she may not see her loved ones again.

On the fifth day (which makes this story sound like some Biblical epic, which it kind of is) Vanhecke left her vehicle and hiked around 18 kilometres in search of reception. She finally got through to 911 again, and gave some vital details before that call cut out.

Fortunately, she had the foresight to leave notes regarding the direction of her hike back at the car. That meant when a helicopter rescue team located her vehicle, a team on the ground was able to locate her down the road. 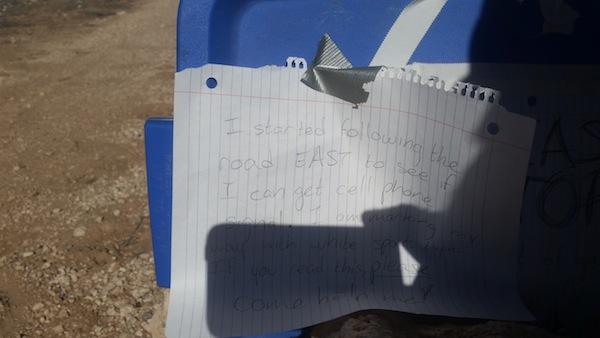 via Arizona Department of Public Safety. 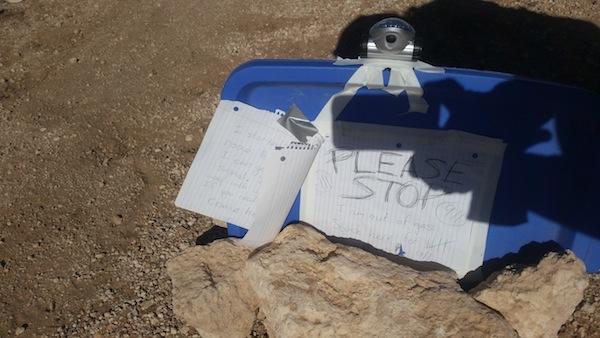 via Arizona Department of Public Safety.

One of the Air Rescue team members who found her reckoned “she did a lot of things that helped her survive,” and that the “notes were clues and those clues led us to where she was.” Certainly bloody sounds like it, tbh.

Somethin’ else that helped her survive was her apparent “not today, Death” attitude. Vanhecke told ABC she was compelled not to give up ’cause “I had stuff to do.” She was treated for exposure and dehydration, and she’s currently recovering.

Fair. So, tips for your next bush adventure: plan ahead, keep your composure, leave notes, stay by your vehicle, and tell your mortal panic to fuckin’ beat it.