Just as predicted, Geelong gun Patrick Dangerfield is the 2016 Brownlow Medallist after an absolutely unreal first season with the Cats.

Although Geelong were eventually felled by Sydney in a semi-final, it was Dangerfield’s efforts in every game of the home-and-away season which powered ’em there in the first place.

Oh, it’s also the highest points tally ever, even besting the total of 34 collected by Collingwood’s Dane Swan in 2011. Fair. Bloody. Effort.

A Brownlow nod is just the latest honour he’s racked up this season; Danger also nabbed the AFL Players’ Association Most Valuable Player gong, as well as the Coaches’ Association player of the year award.

Best and fairest is one thing, but the awards for individual moments of excellence also did a damn good job of reminding us how good we have it watching this sport for half the year.

For the second season in a row, Adelaide’s Eddie Betts was awarded Goal Of The Year, this time around for his mazy run and finish at home against Greater Western Sydney:

North Melbourne’s towering ruckman Majak Daw was also recognised for this absolute screamer of a mark against Collingwood:

Honourable mentions from us go to Jimmy Bartel and his magnificent face-shrubbery. He actually also picked up the Jim Stynes Community Leadership Award – Bartel did, we mean, not the beard: 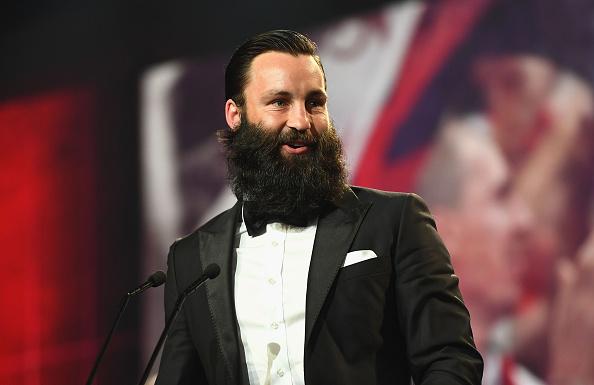 Also, props to Moana Hope, who lead the Western Bulldogs women’s team to an expo match glory against Melbourne. The future Collingwood gun appeared with Bulldogs’ VP Susan Alberti, and you could hardly tell who was more chuffed: 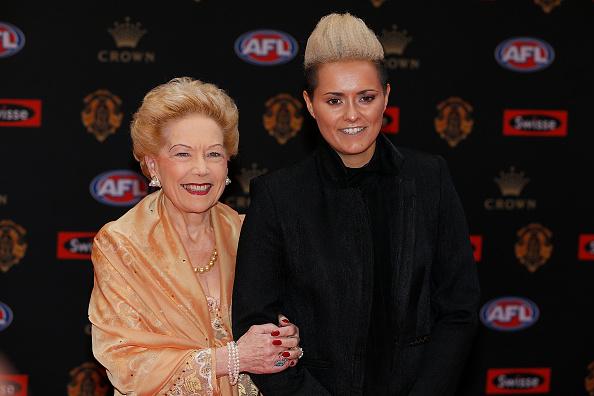