If anyone ever tells you fairy tales don’t exist, tell ’em to cop a load of this.

This one swaps the “long time ago” for “within the last month”. At least, that’s when five-year-old Murtaza Ahmadi realised his family weren’t in a position to spring for a new football jersey – specifically, one bearing the name of the greatest* player of all time, Lionel Messi.

The land “far, far away,” in this case, is Afghanistan. That’s where Murtaza’s father had to break the news he couldn’t afford an Argentine shirt for the tyke.

Messi and Murtaza converge through their creativity; while the former’s skills on the ball can convince any elite player to have a good, long think about their lives, Murtaza and his brother found a way to rep the 10 by hijacking a regular plastic bag with the same blue and white stripes of the Albiceleste.

Enter a friend with a camera and an internet connection, and soon the world knows about the little bloke and his homemade jersey.

A five-year old boy wearing a plastic bag as a Messi top in Afghanistan. #Football [via STR]: pic.twitter.com/NJjXWzj0H8

Here’s how it looks on the bloke himself: 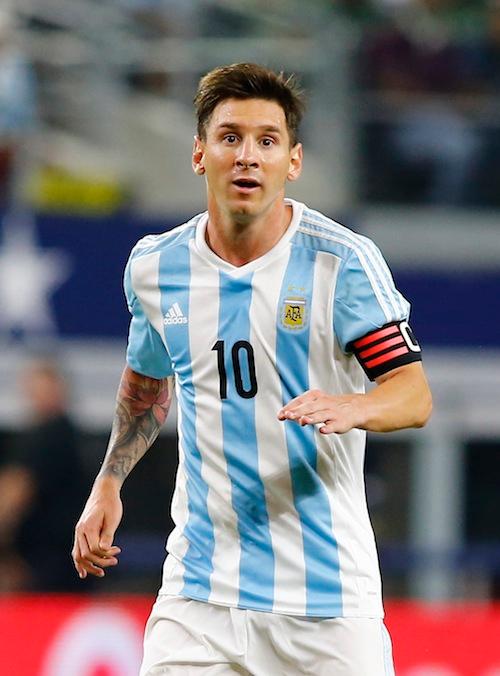 All fairy tales need the magic bit, though.

He was identified by his uncle – in Australia, coincidentally – before the details of his story were passed on to the Afghani Football Federation. Messi’s club side FC Barcelona reached out. Now, in a statement on their site, the AFF say they’d “soon arrange Messi’s meeting with Murtaza.”

To reiterate: perhaps the most well-known athlete on the planet, who has won nearly everything under the sun*, could very well be giving the lil’ tacker some tips in person. Thanks to some ingenuity and a plastic bag.

Bloody hell. Football. What a thing.

*Yes, we know, he’s still to win the World Cup. Give the bloke and his Ballon d’Ors a break.