Yelp Are Rolling Out Gender-Neutral Bathroom Listings Bc Everybody Poops

Going to the bathroom can be a really awful experience for people that have anxiety around whether they can use the bathroom that aligns with their gender. And what if you don’t identify with either gender on the front of those doors to the loos? The fear deepens for those who just don’t know where to go when they need to go.

Yelp has stepped in to offer listing options on its site and app to specify whether a venue, restaurant, service, or business has gender-neutral bathrooms. Because it’s true – everybody poops.

The review site started rolling out the handy new little feature on Friday in the United States, which allows users to check out the ‘Business Info’ section of a review page to see if there are gender-neutral bathrooms available.

Yelp will also be asking reviewers and business owners to specify whether there are gender-neutral bathrooms available when submitting a review. 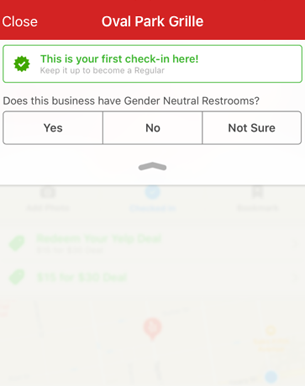 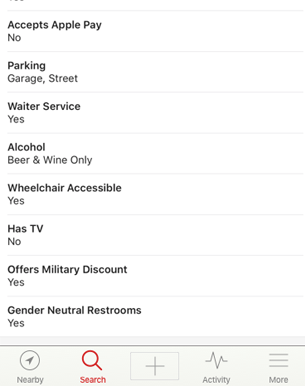 What it’ll look like on ya phone. (Photo: Yelp Blog.)

The update itself is definitely a step in the right direction when it comes to inclusivity, and it’ll be interesting to see if it pushes more businesses to adopt gender-neutral bathrooms to make themselves more accepting and inclusive of all people.

If you think about it, bathrooms in our homes are considered gender-neutral, and nobody seems to make a fuss about that, so why not extend that out into the public sphere? (I mean, as long as everyone knows not to pee on the floor.)