I’m not sure who’s the bigger gronk out of a far-right Liberal MP who thinks I shouldn’t be allowed to marry my partner of ten years and someone who drinks light beer for fun. Now, thanks to Coopers Brewery and the Bible Society of Australia, I no longer have to choose! 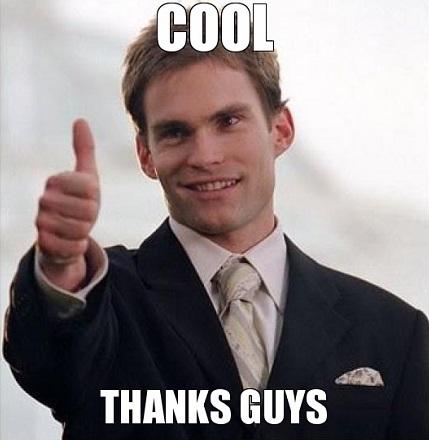 This weekend, Coopers released the first in a planned series of #sponcon videos called ‘Keeping It Light‘, in which public figures discuss controversial topics over lukewarm brews. This one features Liberal MPs Tim Wilson (a self-described agnostic) and Andrew Hastie (a Christian conservative) talking about marriage equality on the lawn of Parliament House.

In the proud tradition of that awkward government recruitment video, the MPs try to look natural as they clink their Coopers Premium Light bottles together, “cheers” one another and pretend that they are the best of mates.

“Australia’s national conversation has become fraught with shallowness and contempt for those who have a differing opinion. From yelling matches on ABC’s Q&A to [screeds] on Twitter, we just don’t seem to be able to talk anymore. And the more important the topic, the less we actually hear each other.
To speak into this, Bible Society Australia has teamed up with Coopers Premium Light to ask Australians to try “Keeping it Light” – a creative campaign to reach even more Australians with God’s word – and this time we’re doing so in a rather unexpected way.”

Being told to “keep it light” may or may not come as cold comfort to the many Australians who are still being treated like second-class citizens because Turnbull is terrified of the ultra-conservative wing of his own party. Hey, at least it’s nice to know that our federal parliamentarians are courageous enough to continue treading lightly around marriage equality.

The videos are part of a broader collaboration between Coopers and the Bible Society, as laid out on the Keeping It Light website:

As part of this partnership Bible Society Australia has accepted a Bicentenary tribute from Coopers Brewery who have produced 10-thousand cases of limited edition Premium Light beer that feature a happy birthday message to Bible Society from Coopers and Bible verses on the carton packaging.

Each special edition can of the low-alcohol beer will display Bible Society’s Bicentenary logo, while each carton will display different Bible verses.

If nothing else, at least the Bible Society and I can claw our way towards some common ground and agree that Q&A is fucking terrible.