Protesters have thrown a mock beach party outside the French embassy in London to protest France’s ban on the burkini – complete with sand, deck chairs and beach balls, because you obviously can’t throw a beach party without ’em. Or so I’ve been told.

“A lot of women wear it by choice,” said Esmat Jeraj, one of the protest organisers. “If the burkini enables women to go and sit on the beach and enjoy the sunshine, surely that should be encouraged. It helps ensure these women are no longer on the margins.”

The impromptu protest, in which some of the protesters were decked out in burkinis themselves, really fired up when a truck showed up to dump a shitload of sand outside the embassy, to the general chagrin of attending security guards.

There’s actual sand outside the Frenchembassy. Unfortunately for me, didn’t bring my burkini today. #wearwhatyouwant pic.twitter.com/k7vuA4aA4D

It’s in protest of the widely circulated yarn about armed cops forcing a woman on a beach in Nice to remove her burkini, in accordance with France’s law against the garments. Because clearly the best way to defend liberal secularism is to get the state to point guns at people and enforce dress codes. Right?

Fariah Sayed, another organiser of the protest, said that this was a way to counter the increasingly mainstream argument that Muslim women are oppressed by garments like the burkini, and that the cops were really only liberating her from that. “The thing is with Muslim women, they are often perceived as feeble and weak and not having a voice of their own. We wanted to show the world that we do have a voice, and we can use it.” 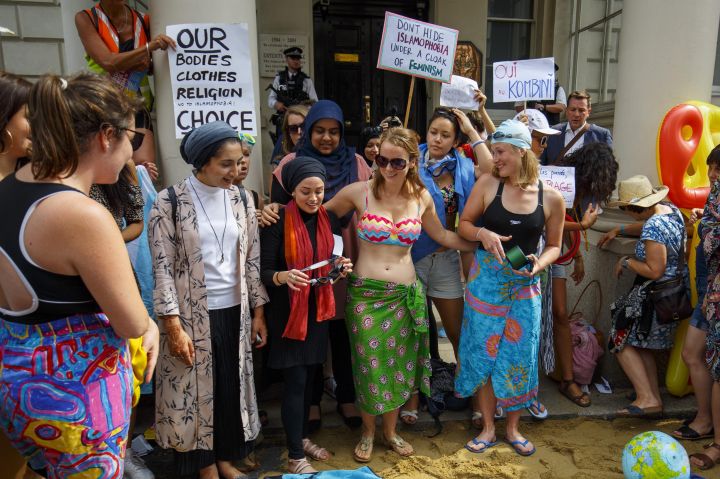 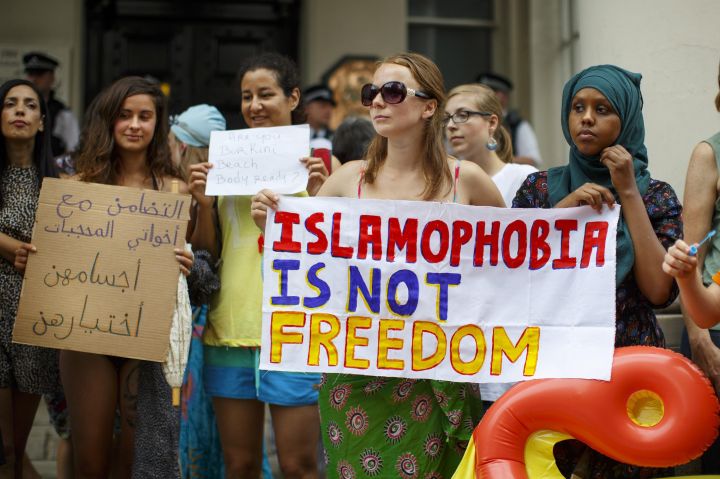