If you’re not a fan of caterpillars, particularly the really hairy kind, I suggest you close this window now, because this could very well be your worst nightmare made flesh.

Hordes of the insects have been invading southeast Queensland, with many Noosa residents posting pictures of the critters to Facebook, in awe of their massive numbers. Have a bloody gander for yourself, mate. 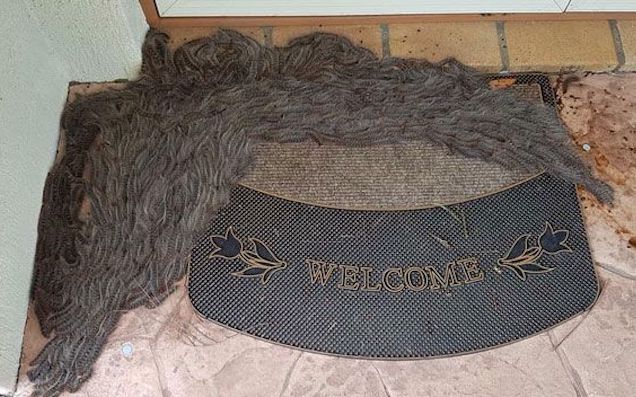 Look at them all. LOOK. It’s like a living rug. This was what Noosaville resident, Leah Anderson, found at her front door. A trail of them also went all the way around the side of her home.

“At first glance I thought it was a dead cat on the doorstep, second glance I didn’t know whether to laugh or cry,” she told Yahoo7.

Seeing the image, other residents were quick to post their own pictures of the awful long bois. 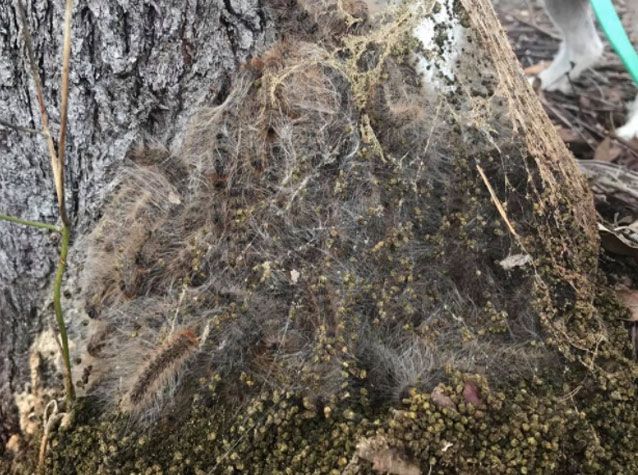 Commonly referred to as “itchy grubs”, these little fellas are a sub-species of the bag-shelter moth called, scientifically called Ochrogaster lunifera. Some folks also call them “procession caterpillars” due to those fucked up conga lines they like to make. 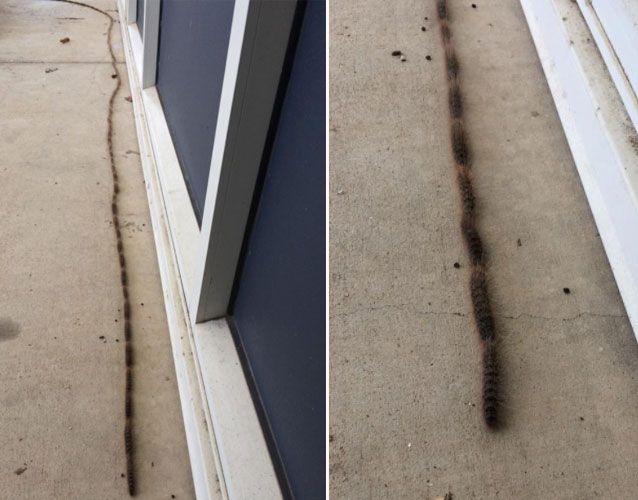 That is some satanic shit and they are nothing less than demon spawn. Boil them.

While the caterpillars can cause irritation to human skin after coming into contact with them, they can be a threat to pets if eaten. You should probably wear gloves if you plan on getting up in their grill. 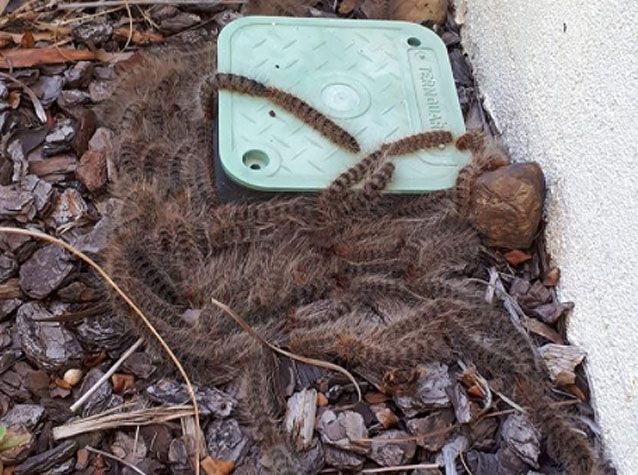 According to experts, extreme heat coupled with the recent spate of wet weather is probably why their numbers have boomed and invade homes.

Most importantly, make sure your pets stay the fuck away from these hairy assholes. Other than that, I dunno, call an exterminator or something?