The Brazilian arm of global creative ad agency BBDO has been forced to hand back a Bronze Lion it won at Cannes after one of its own realised it was awarded for an ad that in-no-unsubtle way encourages rape culture.

Here is the ad – for aspirin, apparently. 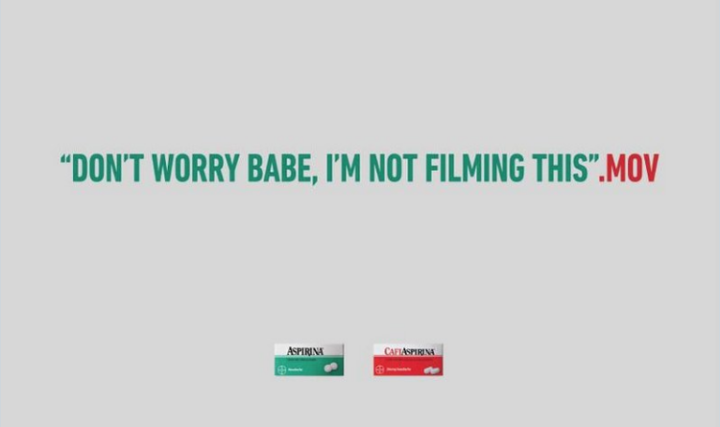 BBDO’s own global creative chief David Lubars was the one who forced the agency to return the award.

However, Bayer now insists the agency only ran the ad to win awards, and that although they approved it, they hadn’t done any aspiriin advertising in the Brazil for “several years”.

The media was paid for by AlmapBBDO, which is against Cannes’ regulations. All Brazillian Bayer work created by AlmpaBBDO has been withdrawn from the festival, a BBDO network spokesperson said.

“We regret this and apologise tot he festival organisers and our client for any embarrassment caused.”

Industry leader and feminist voice Cindy Gallop was the first to criticise the ad:

That tweet went viral, and led to coverage, widespread condemnation, and the eventual pulling of all of Bayer’s work from the festival.

The president of the category in which the ad placed third in (Outdoor), Ricardo John, said that the jury didn’t feel that the ad was that offensive.

“We were very careful to remove any ad or campaign that was interpreted as sexist,” he said, *possibly* overstating his use of the word ‘careful’. “The just, which [included] seven women, did not feel that this campaign, when looked at as a whole, was offensive. Even so, as the jury president, I would like to apologise for those who took it at such levels.”

The thing is, outdoor ads aren’t viewed as ‘part of a wider campaign’ – they are viewed on their own, exactly as they’re presented, by anyone who happens to wander by. So honestly, one has to wonder how this passed any sort of muster to get pitched, approved, made, and then awarded.