You should probably be well aware of this: ya boi Drake dropped his new album today, entitled ‘Views’ (formerly ‘Views from the 6).

It’s now available on iTunes and was also streamed via a ‘global listening party’ that Drake hosted on the ‘OVO Sound Radio’ Beats 1 station on Apple Music.

As always when a cool famous rapper releases new art (or breathes basically), the internet has a lot to say.

Thus, to satisfy your inner love of observational humour and pop culture entertainment, We’ve compiled ten of the best tweets about the 6-God’s latest collection of musical sounds and lyrics for you below:

“haha you’re not going to listen to views, right?” pic.twitter.com/k0xZKZQViQ

4. Wait, there’s a line about the Cheesecake Factory? Amazing.

When Drizzy threw in that line about the Cheesecake Factory #views pic.twitter.com/3I1exMUZkl

Drake haters trying to find something wrong with VIEWS pic.twitter.com/54o1QY24Sr

Facebook is gonna be so hype when they find out Drake got a new album, in three weeks.

7. OMG, the baddest game ever.

9. Don’t forget about the cheesecake.

And a lil’ bonus, because UMMMMMM, LIFE-CHANGING?????

do u guys think drake calls his dick “drick”

We’ve also made a list of our top 10 fav moments ever involving Drake on our Snapchat channel (add us: PEDESTRIAN.TV). Featuring: Drizzy using a lint roller at Raptor‘s game, dancing to Hotline Bling with his Mum, and more. You can watch the whole thing by scanning our Snap code below: 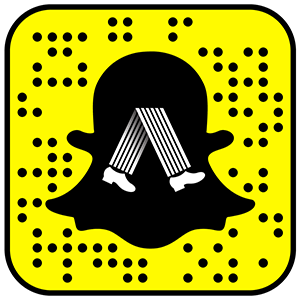