Voice of an angel Troye Sivan continues to dominate the US, this time covering ‘V’ magazine’s much-hyped September issue.

We don’t use the word ‘fierce’ lightly, but the 21-year-old Aussie‘s zero-fucks pose as he’s straddled by butt-naked model Taylor Hill is fkn epic.

And here’s an inside shot, in which he gives off major Jon Snow vibes. 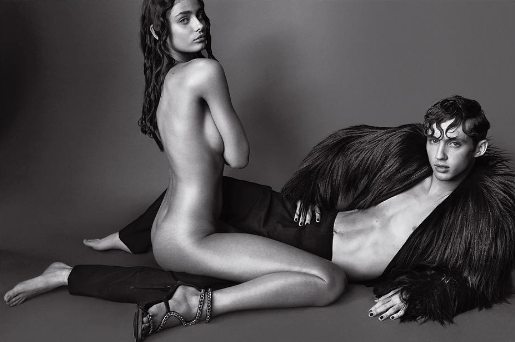 The cover – one of two for the month – was shot by legendary snapper Mario Testino, which made Troye’s head spin.

“The fact that everything is happening the way it is, it sends me into giggles. Like, the fact that I woke up last week and was like, ‘Oh, I just need to quickly fly across the country to do a photoshoot with Mario Testino and then fly back to play a show’ – I don’t know how else to process it but to laugh. Sometimes it feels like I’m in Zoolander.”

Could he be any fkn cuter?