Cardi B has come in swinging into 2021 with a brand new track, Up, backing up her massive WAP-heavy year last year. As is to be expected with any Cardi Content™, the video clip is fucking bonkers good, and there’s a cheeky little Aussie nod in there that you might have missed.

First of all let’s take a moment to revel in the visual gloriousness that is the clip to Up, because it’s a LOT.

We’ve got Cardi as a hood ornament on a luxury car, Cardi as a sexy grieving widow in a cemetery (???), we’ve got Cardi with a wig full of Barbie doll heads who can talk, Cardi as the pearl of an oyster tonguing two other women at once, Cardi in a Madonna-esque cone-shaped bra and what looks like tabi-toed boots, Cardi pretty much entirely nude on a glass table (with a nude bloke on all fours under it) surrounded by gold champagne bottles.

Hell of a mood here. HELL of a mood.

But in amongst all the delights for the eyeballs, there’s a good six seconds of very obvious product placement of a sex toy by Vush. Not like, a little flash of a toy on a bedside table, or a background shot – a full, in-focus shot of Cardi holding the toy into the camera. God, that must have cost ’em a pretty penny.

And if you know your toys, you’ll know that Vush is an Australian-owned company that’s been around for a hot minute, and has already got endorsements from Abbie Chatfield, and now Ms. Wet Ass Pussy herself.

Love that for us, as a whole-ass country. 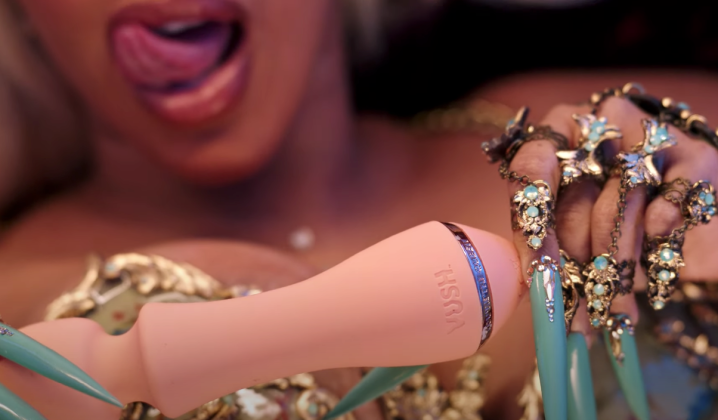 I dunno what it is, but every time something Australian gets recognised by people from outside Aus – especially celebrities as A-List as Cardi – I honestly can’t help but turn into Leo DiCaprio in Once Upon A Time In Hollywood. You know the one. 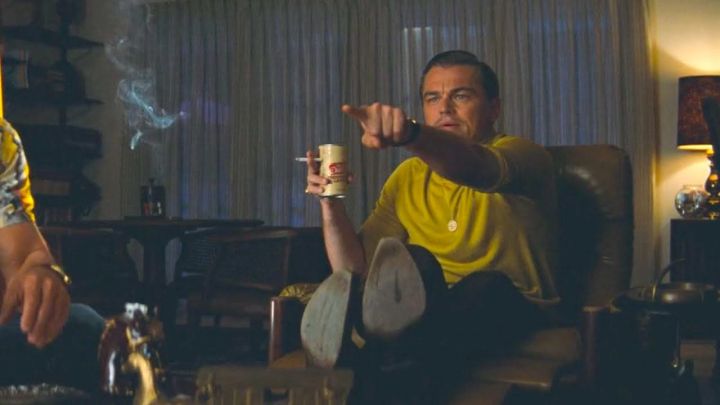