Blood Orange AKA Dev Hynes Picks His Top 10 Songs Ever

Dev Hynes, the multifaceted British prodigy behind acts Test Icicles and Lightspeed Champion, released the debut LP for yet another of his musical side-projects: Blood Orange halfway through this year. Coastal Grooves, one of the stand out albums of 2011, that muddles an illogical amalgam of sounds – soul-inflected electronics mixed with post punk guitars and Eighties club glam – that somehow fit together to make an incredibly cohesive record.

Coastal Grooves‘ sonic variety is clearly a reflection of Dev’s eclectic musical tastes. He squished them all together and came up with the following compilation of his 10 Favourite Songs of All Time for us before his imminent Australian tour dates (see below).

1. REM – Beat A Drum
“This is from my favourite REM album, “Reveal”. I was 15 when this record came out. and I was so stoked on it. The album felt nostalgic back then for some reason and still does now. The verses have them attempting some kind of Brian Wilson type thing.. that’s not as awful as that sounds. It’s actually incredible.”

2. Suzanne Vega – Iron Bound / Fancy Poultry
“This song is just wonderful. It’s slightly hypnotic and shifts into the second half without you ever really noticing, and that voice. wow.”

3. Bruce Hornsby – Every Little Kiss
“This entire album is melodically next level. This song is a fine example of that, as well as featuring Hornsby’s trademark piano sound.”

4. Molly Nilsson – Won’t Somebody Take Me out Tonight
“This album really strongly reminds me of the last couple years that I lived in London between 2006 and 2008. I was touring pretty heavily and I would listen to this song in particular on late night drives throughout europe.”

5. Malcolm Mclaren – Madame Butterfly
“I hate to make brash statements… and I try never to say things like this. But i’m pretty sure this is one of my favourite songs of all time. I listen to it daily. It contains everything I could possibly ever want. Puccini, Slap Bass, Soul and Monologues.”

6. Terrence Trent D’arby – Sign Your Name
“Flawless. I could listen to this song forever. His voice is incredible on this track. The whole intro segment is completely wonderful.”

7. Eddie Grant – Come On Let Me Love Ya
“Showing some love for the Guyanese. Eddie Grant is from the same town that my mum is from in Guyana in South America. This is a song that I would listen to a lot on walks in LA. Because I don’t drive. I have no choice most of the time. This song and album would keep me company.”

8. Moondog – Here’s To John Wesley Harding
“One of my favourite Moondog tracks.. and possibly one of my favourite piano recordings. Moondog has such a silky way of writing. I can;t even really explain it, but it’s always so so so listenable, and makes a world of sense to my ears.”

9. Laurie Anderson – From The Air
“Track one from probably her most famous record. Another peace that I like to listen to whilst walking. But this time at home around New York.” 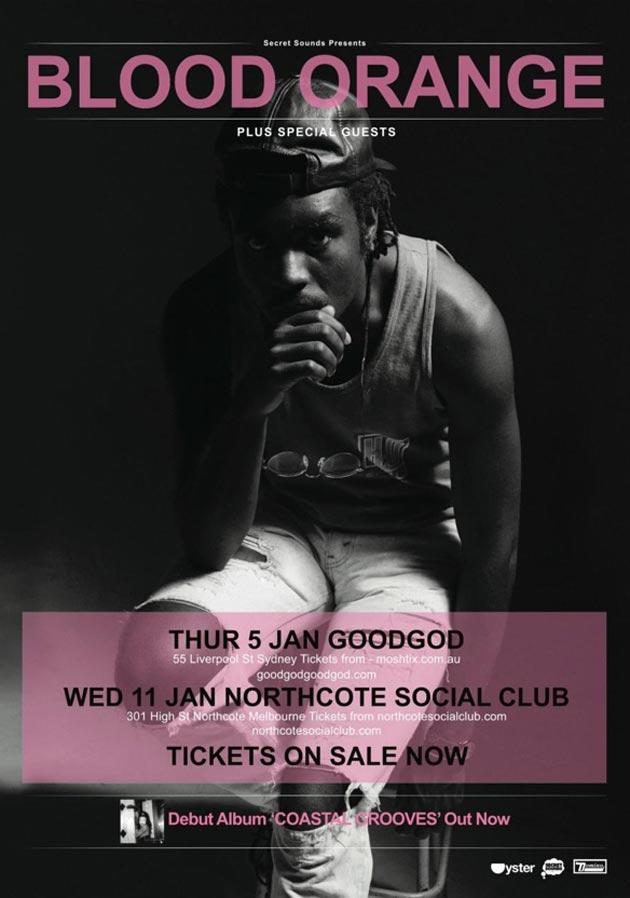