In case you somehow missed the inundation of photos and videos, influencer Chiara Ferragni got married over the weekend.

And when we say “got married”, we mean “had one of those absolutely batshit blowout weddings with fireworks and shit”. Like, it was major and if you haven’t yet gotten fully across it, you absolutely should.

A huge highlight was her ceremony dress (yes, she had like four different dresses – I told you, blowout wedding).

It was Dior haute couture, and designed by Maria Grazia Chiuri. The dress featured a crochet bodice that Chiuri included as a nod to Ferragni’s Italian heritage, and her feminist values, Chiuri told Vogue.

@chiaraferragni getting ready before her wedding ceremony. Tap the link in our bio for more. Photo by @davidbastianoni via @voguebeauty

“We made a crochet jumpsuit that recalls the ancient practice of southern Italy and France, where the technique is strongly associated to a female tradition. I sensed she wanted to marry in something that represented the modern woman she is.” 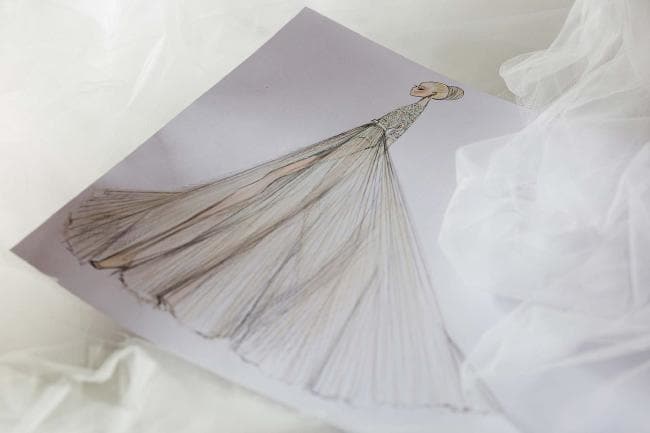 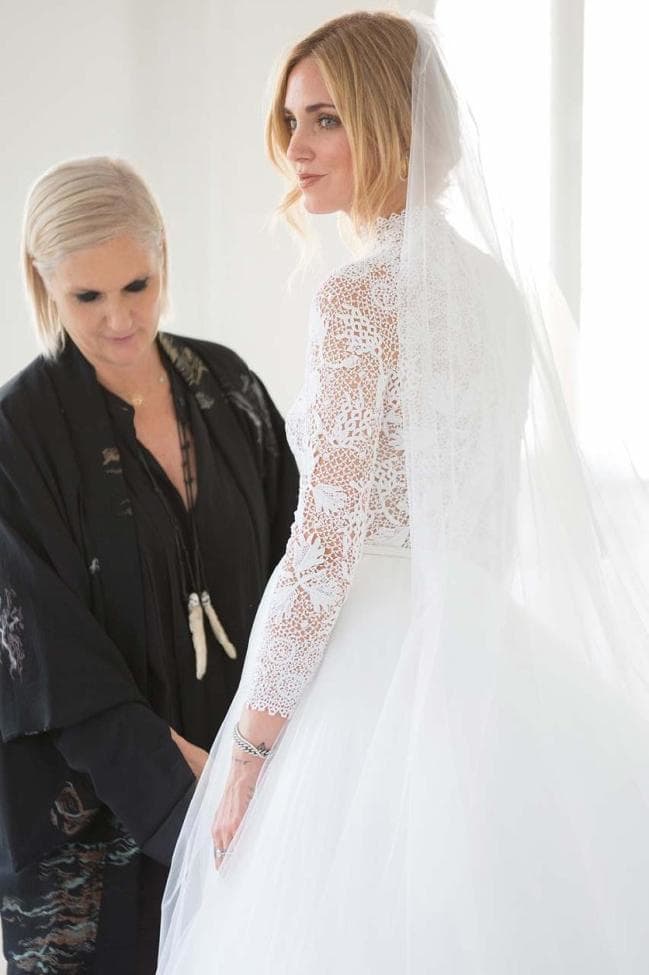 Ferragni said she chose Chiuri to design her three Dior gowns because, well, she’s a boss.

“Not only because she is the first woman to head up this major French house, but also because she injected a totally different allure into the brand to convey a new message about the new role of women, of feminism, and that is very important to me.” 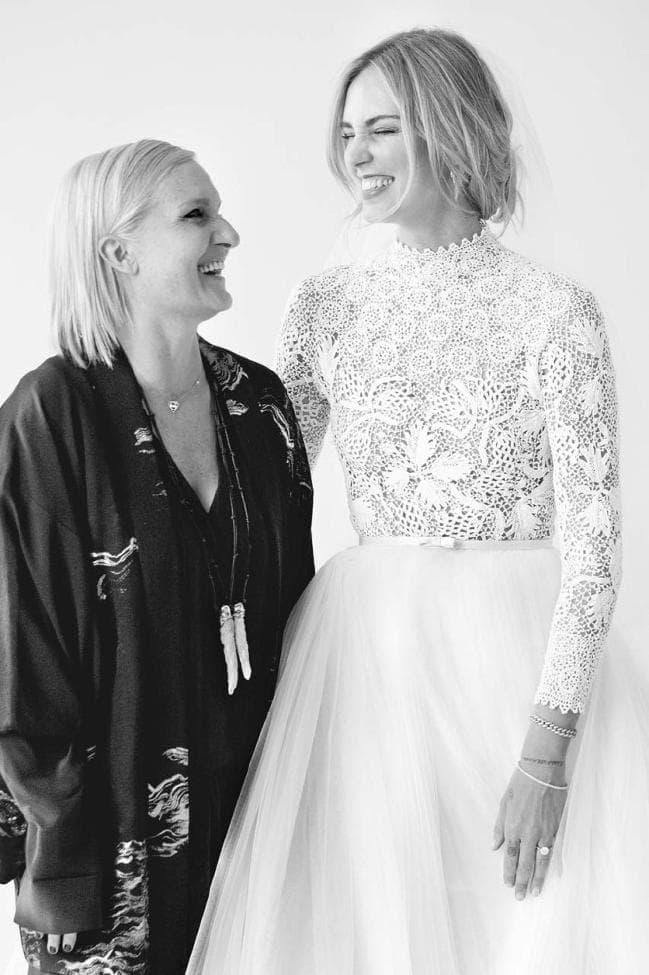 The show-stopping dress was the first Ferragni wore, following on with this Dior number, which featured nods to her husband, Fedez.

Which turned into this: