Pepsi Light have just released a new, transformed two litre bottle in the shape of a dumbbell. 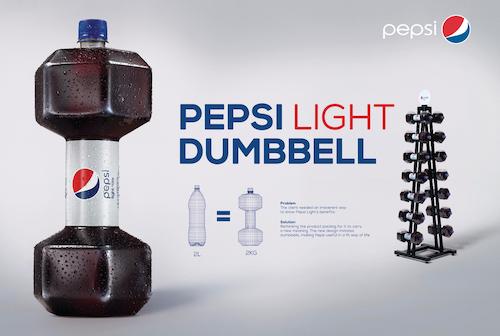 Sure, the ‘light’ alternative to the ubiquitous drink is calorie free, which is its only real tie to being ‘healthy’. Perhaps it’s a homage to the brand’s first slogan back in 1909 – “Delicious and Healthful”? Who knows.

The design is pretty cool and practical, but as Adweek points out, it probs would’ve made more sense if it were Gatorade (another brand owned by PepsiCo). 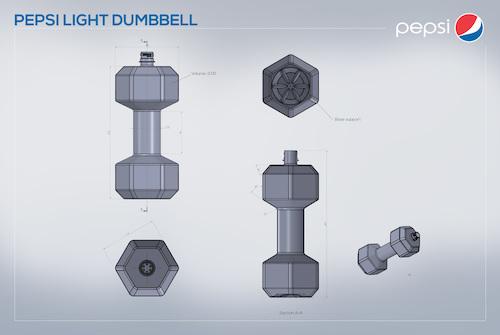 Brazilian advertising agency, AlmapBBDO, created the packaging and distributed it to gyms in the area. No word on whether it was well-received by the fitness community over there, or if it’s set to be released Down Under.