I begin this important news story about a lady with two bumholes with a personal anecdote you neither asked for, nor care for.

When I was a seven-year-old, I was convinced I had two arseholes.

It all began on an innocent Sunday night. I was at home, minding my own business watching The Simpsons, when my older sister had a brainwave.

“Hey Luciiiiiinda,” she began, in a tone I came to recognise as a harbinger of trouble-making. “Let’s draw some faces on your bum.”

It might sound like a strange thing to want to do, but my fondness for fart and/or arse-based tomfoolery knows no bounds, and I immediately obliged. She whipped out the textas and got to work on a masterpiece to rival the work of Picasso himself.

Once she was done decorating my hindquarters, I promptly ran to the mirror in my bedroom to admire the artistry.

Now, I don’t know if you’ve ever attempted to admire the full extent of your own ass in the mirror, but it’s a difficult task. The human neck was not designed to facilitate the view, which is one of many grave mistakes on God’s part. Stumped (and too stupid to realise you can use another mirror), I decided to bend down and peer between my legs.

What I saw next shook me to my very core.

Standing there with my nude child ass to the sky, I noticed a dark, ominous shadow just above my beloved toothole.

“It can’t be,” I dramatically muttered to myself. “Is that…”

I had two assholes.

Or at least I thought I did. Turns out I have an indentation in the upper-area of my crack where my coccyx bone ends. It’s like an under-developed cavity. A prodigious child actor who never reached his full potential. It’s hard to explain, but it’s there.

I might have later discovered that I was not in possession of two glorious arseholes, but doctors have now discovered a woman who is.

The unidentified female patient was referred to specialists after enduring two abscesses on her bottom, which both required ‘drainage’.

Upon closer inspection, medics in Figueria da Foz, a town 140km south of Porto, saw two holes leaving her anus. Doctos were so intrigued by this bizarre double bum that they decided to publish the case in the Journal of Medical Cases, complete with pictures of the abnormality, if you dare click.

Here is a relatively inoffensive scan of the area, and I’m sorry but it’s a spit of Emmett Kelly: 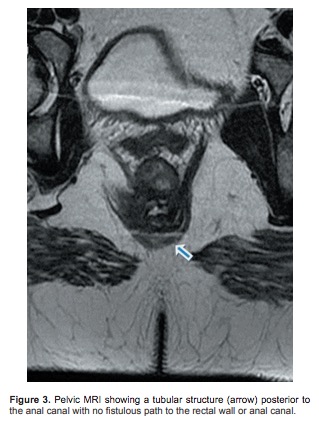 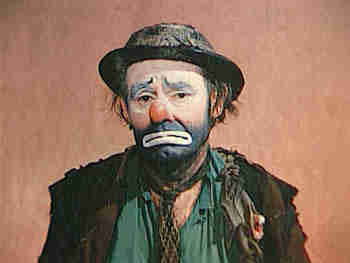 where’s the lie tho

“Our patient was diagnosed at the age of 40 years, constituting one of the most elderly patient diagnosed with ACD.” 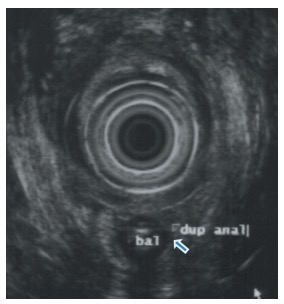 They explained that “diagnosis is usually made in the first year of life by caregivers”, stressing that the discovery of a 40-year-old woman with ACD was extremely rare.

In this woman’s case, her extra canal was not linked to the rectal wall, meaning it was basically just a “tubular and cul-de-sac” orifice measuring 3cm deep and 1cm wide.

Doctors asked the patient if she wished to undergo surgery to correct her defect at the time, but she refused.

Seven years later she returned to the same clinic complaining of a new abscess on her bottom and was again offered surgery. However, she again declined.

We guess she just wanted to… hold onto her butts.