Natalie Portman and Jennifer Jason Leigh have weighed in on accusations of whitewashing in their upcoming film Annihilation, agreeing that it’s “problematic” but that they were unaware of problems with the film’s casting until very recently.

The film, written and directed by Alex Garland, is based off of Jeff VanderMeer‘s 2014 novel of the same name. It’s a critically-acclaimed sci-fi that is written in a deliberately evasive style; the main characters are never given names, for example, and are merely referred to by their job titles (the biologist, the psychologist, etc). 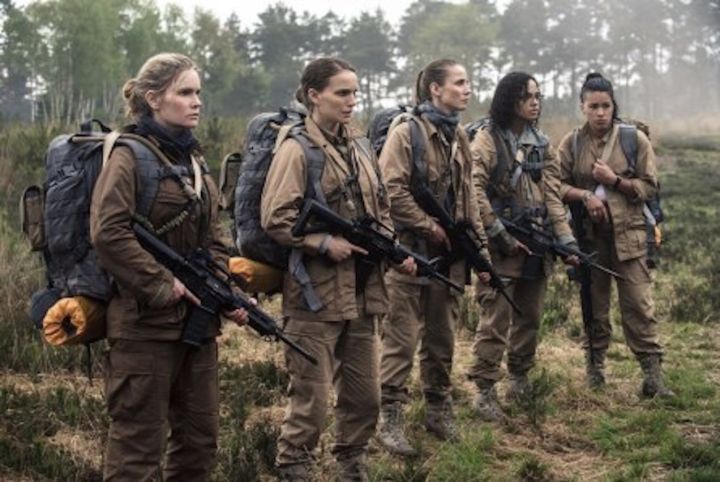 Recently, the film came under fire from advocacy groups for not casting actors with those ethnicities. (The rest of the cast is largely inclusive, and includes Gina Rodriguez, Tessa Thompson, Oscar Isaac and Benedict Wong.) 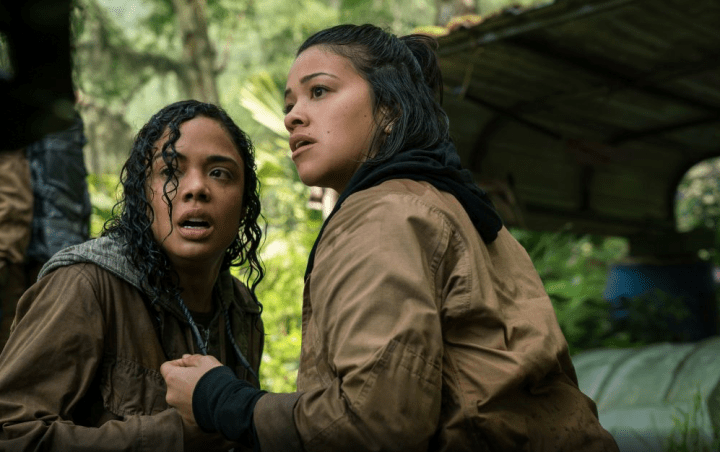 Leigh answered along the same lines. “It’s probably a valid criticism. I didn’t know that,” she said.

“We need more representation of Asians on film, of Hispanics on film, of blacks on film, women and particularly women of colour, Native Americans — I mean, we just don’t have enough representation,” continued Portman. “And also these categories like ‘white’ and ‘nonwhite’ — they’re imagined classifications but have real-life consequences. … And I hope that begins to change, because I think everyone is becoming more conscious of it, which hopefully will make change.” 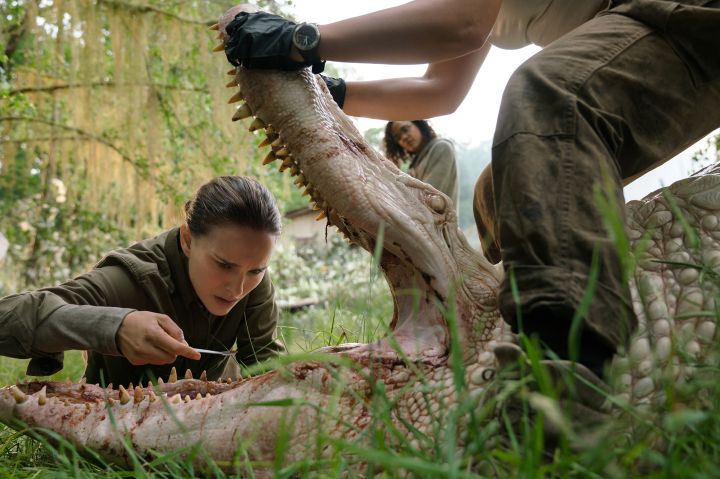 The thing is, this is not a straight-forward issue of whitewashing, which Hollywood has a long and problematic history with. It’s not, for example, anyway near being on a similar level to Emma Stone playing a native Hawaiian and Asian woman in 2015’s Aloha.

Garland confirmed to Yahoo that his screenplay was entirely based off of Annihilation only, and purposefully didn’t read the sequels – which is when the characters’ ethnicities were briefly discussed.

“I knew at the time there were supposed to be three books planned, but I didn’t know [anything] about the other two,” he said.

Fans of the book will understand that it’s a particularly difficult novel to adapt, with Garland saying in 2016 that “it’s definitely not holding up a mirror to the novel” but is “true to my subjective response to the novel.”

He later told Yahoo that, with VanderMeer’s blessing, he purposefully made a deliberately unfaithful adaption of the novel. (For example, the characters are given names in order for the dialogue to sound more realistic.)

Controversy aside, the film is getting mind-blowingly rave reviews.

#ANNIHILATION: This is the type of sci-if we always say we want to see. Bold, challenging, singular, visually dazzling. Would not be the least bit surprised to see it hailed as a masterpiece (and it might actually be one).

Annihilation was like The Thing meets 2001: A Space Odyssey. It was creepy, unsettling and beautiful.

Still reeling from @AnnihilationMov last night. So many things at once, layered and rich but also a gut punch. See it in the loudest theater you can…

Make no mistake, #Annihilation is a new sci-fi classic. Brilliant, thrilling, and provocative, it has as much metaphoric depth as it does narrative tension. I’m floored. pic.twitter.com/o2taDg2Z7L

Unfortunately for Australian audiences, Paramount took the practically unheard of decision to sell international distribution rights to Netflix after early screen tests indicated the film might be “too intellectual” for general audiences.

According to The Hollywood Reporter, one of the studio’s top financiers wanted to change the ending to make it appeal to a wider audience, which Garland – backed by producer Scott Rudin, who had final cut – refused to budge on.

The upside is we get the ending we deserve; the downside is that we don’t get the cinematic experience. Annihilation hits Netflix a couple weeks after its February 22 cinematic release.

Have a watch of the teaser trailer below – which feels deliciously sci-fi and true to the books – and the full trailer after that, which feels like the studio is hamming up the love story aspect.