We recently had a conversation with the ever-charming Tom Ballard and asked if he would mind terribly writing some words for us on this most auspicious and delicious of days. Whilst we obviously love the partying and cutting-sick side of the festival (see you all there tonight), ’tis also the season to reconnect with the heart of it and remember what it all means. He said yes and here we all are:

I’ve always loved the Uncanny X-Men. The premise of a world where “mutants” – an ostracised and persecuted minority made up of people from all walks of life – come together to realise their potential, and to fight back against ignorance and prejudice, is the perfect metaphor for the struggles of various civil rights movements throughout the 20th and 21st centuries.

And there were fireballs and explosions and shit.

When I first started to read about the theories of a queer allegory running through the adventures of these superheroes, it all made beautiful sense to me. Mutants are rejected and kicked out of home by their families, just like young queer kids are every single day on the actual Planet Earth. Many self-hating mutants remain “closeted” and live a lie, trying to pass as “normal” humans. Fictitious politicians like Senator Robert Kelly prey on the public’s fear of things they do not understand in order to pass legislation that marginalises and disenfranchises mutants, just like real-world homophobic politicians try to do all the time here and across the world. Religious fanatics like the Reverend William Stryker, Jr. are convinced that mutancy is the Devil’s work and so dedicates himself to the holy quest of wiping out all mutants in the name of God (*cough* Fred Nile *cough cough*).

Some characters’ efforts to “cure” their mutant genes mirror real (and extremely destructive) “gay-conversion” therapies. Some mutants (particularly those who are “obvious” and who can’t blend in with the monoculture) are spat on, dismissed as “freaks” and violently attacked on the street. At one point mutants were blamed and demonised for spreading the ‘Legacy Virus’, a seemingly incurable disease that was believed to attack only mutantkind. The Days of Future Past storyline even introduced the idea of a ‘Mutant Registration Act’, eerily echoing the thinking behind the pink triangle badges that homosexual men were forced to wear in Nazi concentration camps.

Plus, Wolverine and Beast are clearly bears, Iceman is a smoothly-shaven twink, Rogue’s a kick-arse butch dyke and Mystique’s mimic powers basically make her the greatest drag queen EVA ZOMG.

But I think the most important and hopeful of parallels between the mutant and queer experiences are these:

1. Mutants and LGBTQI people can be anyone; they walk among us every day, whether you know it or not;

2. We all want to be welcomed into a community (whether that community is a “School For Gifted Youngsters” or a big ol’ gay parade);

3. Pride and celebration of who you are can give you some fucking AWESOME powers.

Now sure, I can’t exactly shoot lazer beams out of my eyes or control the weather, but being out and proud and standing up for my rights as a gay man helps give me the ultimate power in life: being happy. Like every other Homo sapien out there, all I want is the freedom to love and be loved, and until that freedom is truly secured for myself and all my rainbow brothers and sisters (and non-gender-specific siblings), I’ll keep fighting with every (metaphorical) punch and energy blast I can muster.

That’s what Mardi Gras is to me: a gathering of fabulous superheroes, all of us locked in an ongoing struggle against the villains of our world, like Corey Bernardi (Mr. Sinister), Margaret Court (Lady Deathstrike) and Tony Abbott (Apocalypse).

Mutants wear colourful lycra and fly around in a state-of-the-art jet; we wear g-strings and wave from the back of trucks. But we’re both going for the same vibe: WE’RE HERE AND WE’RE DIFFERENT BUT IT’S OK SO JUST FUCKING DEAL WITH IT. 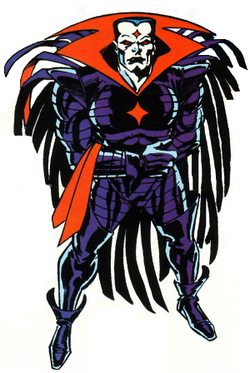 Like the X-Men, our battle for acceptance wages on and new enemies pop up all the time. Earlier this week we heard of Adrian van der Byl, a candidate for the Christian Democratic Party in the upcoming NSW state election, who spoke at a public forum in Goulburn and asserted that the state was in a “financial mess” because of Neville Wran’s decriminalisation of sodomy and the introduction of same sex adoption and surrogacy laws.

Members of ISIS are throwing gay people off towers to their gruesome deaths in the Middle East and Russia ruthlessly cracks down on anything that has a whiff of “gay propaganda” about it. A Christian activist in California has just proposed a ballot measure to create a “Sodomite Suppression Act”, designed to make it illegal for any gay person to hold public office, be employed by the state or be granted any benefits or use any public assets, such as roads. The Act also calls for all guilty gays to be executed by firing squad.

This guy is clearly crazy, yes, but scarily committed: lodging the proposal cost him $200.

That’s, like, seven pills he could have bought and taken this weekend, which would have made him realise that we’re all one and it’s all about love and he’s being a major knob-end.

Closer to home (and reality), there are still laws on the books that make it legal for religious schools to expel students for being gay. The current government actively stands against any move towards marriage equality, even forbidding a conscience vote on the issue because of its commitment to keeping election promises (though they didn’t seem too fussed about the ones about the ABC and the Medicare co-payment, etc, etc).

And of course, everyday homophobia is alive and well, just ask any LGBTQI friend or family member of yours, they’ll have plenty of stories to share. I’ve been called a faggot on the street for holding hands with someone, my Grandma will talk at length about the dating lives of my heterosexual cousins but completely avoid asking me about mine and a taxi driver once told me that all gay people should be sent off to their own island so they can “pollute it”.

And so we fight on, adamantium claws and fake eye-lashes out at the ready. Yes, Mardi Gras is ridiculous and camp and fun, but it still shines on as a powerful statement; a celebration of all that has gone before and a glorious “fuck you” to everything that still stands in the way.

I for one can’t wait to let loose this weekend with my fellow mutants. I hope to see you there. Thanks to Tom for taking his time to give us his words. Be sure to tune in to see him hosting SBS’s Mardi Gras broadcast, Sunday 8 March, 8.30pm on SBS ONE.