Walk into any secondhand store and you’ll find something unique. But stumbling across a life-sized Sylvester Stallone mannequin tied to a rusty parcel trolley is something else entirely. This is something that actually happened to a woman on holiday in Katoomba.

Bea Bellingham is a Sydney-based ceramics maker who was lucky (or unfortunate) enough to find the cursed work of art while antiquing during a holiday in the Blue Mountains. She posted snaps of the find to her Instagram and Instagram Stories yesterday and COP A LOAD OF THIS: 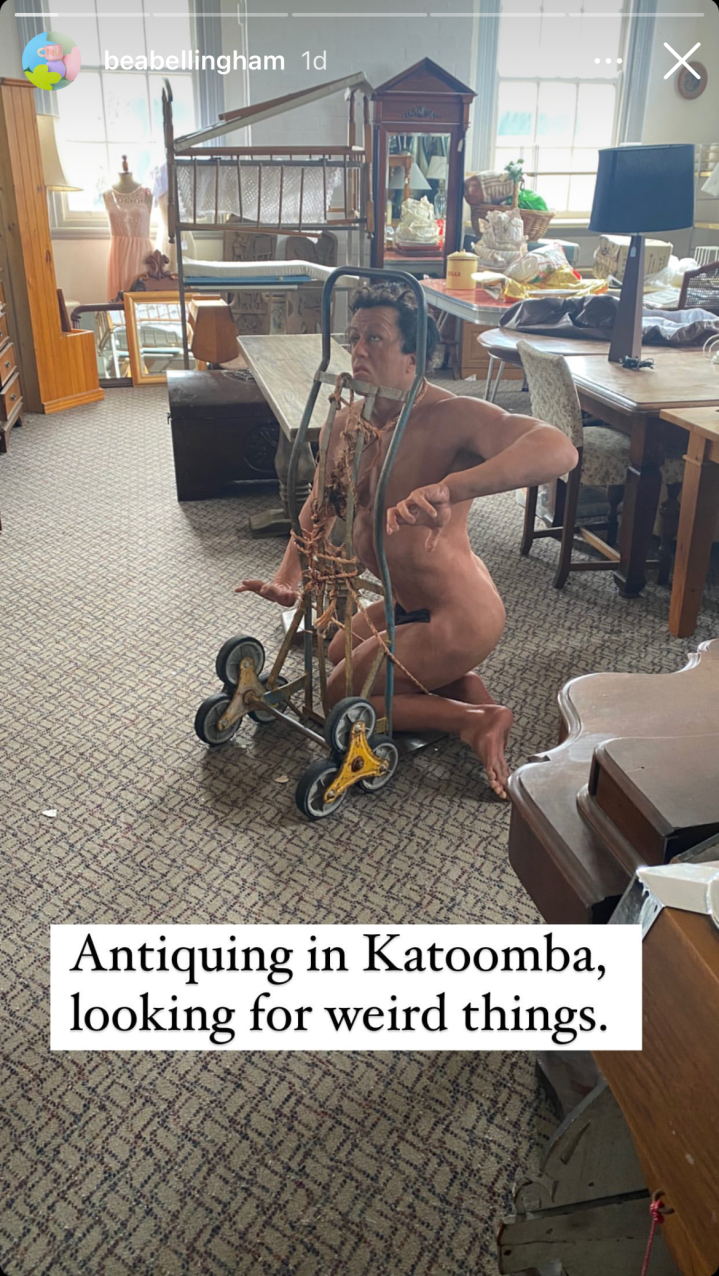 What a beautiful feature for the living room! 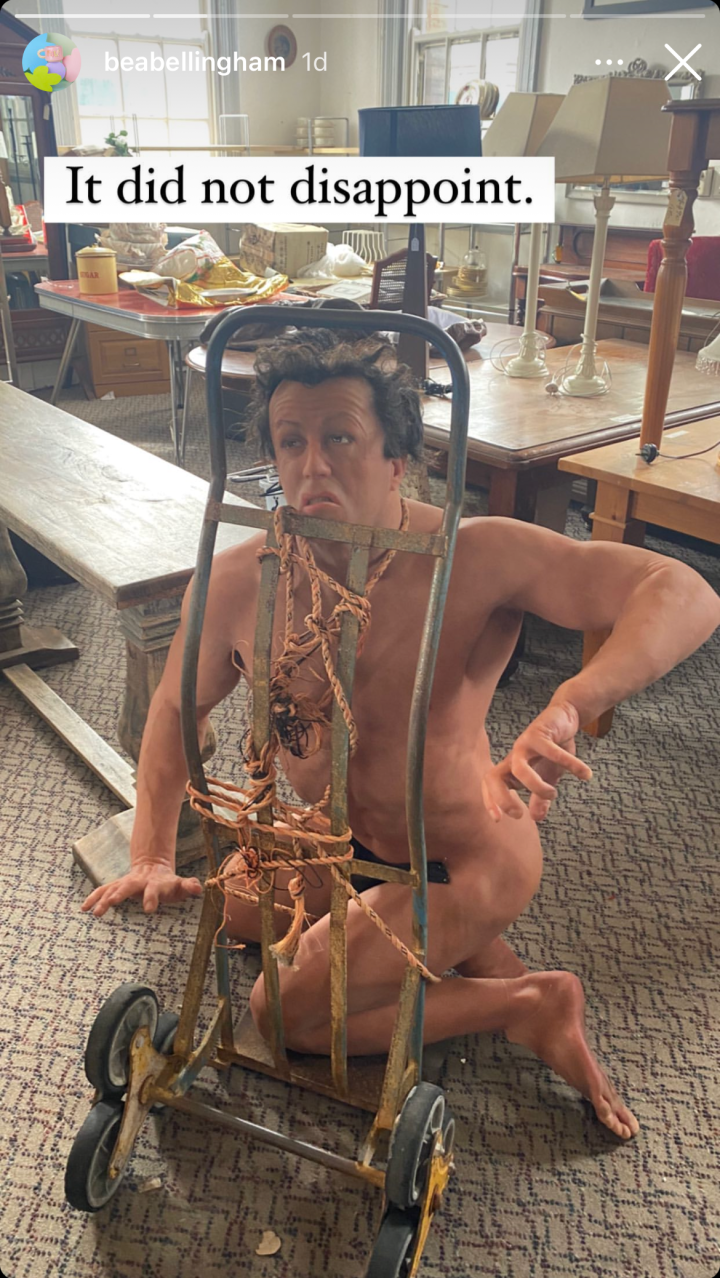 Would look stunning next to the fiddle leaf in the bathroom! 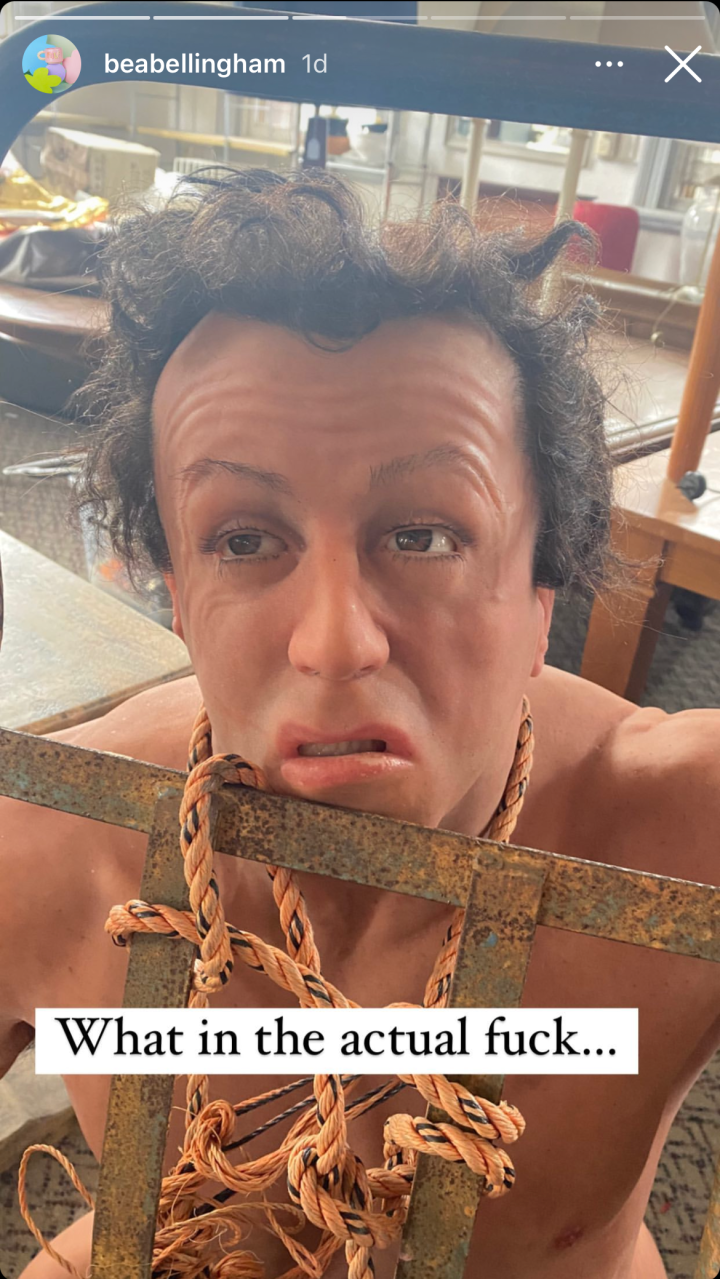 If you’ve never watched the film Demolition Man then this crouched, nude man looking distressed while avoiding a tetanus infection may freak you out.

But if you have seen the film, you may know that this figure — which is Stallone playing John Spartan in the 1993 flick —featured in several Planet Hollywood venues around the world.

The story of how these pretzel figures ended up in several Planet Hollywoods is also a bloody lol. There was an actual figure used to stand in for Stallone when John Spartan was cryogenically frozen as punishment for a crime he didn’t commit.

In the commentary track for the Demolition Man Blu-ray, it claims that Stallone frothed the mannequin so much, that he had dozens or replicas made and installed in Planet Hollywood venues globally. The result? A side of Stallone’s ass while tucking into a medium-rare steak.

One of the commenters on Bellingham’s Instagram post claimed that the figure was also in the now-closed Planet Hollywood in Sydney. It operated on George Street until 1998 and it would help this discovery make more sense, wouldn’t it?

I’ve reached out to Bellingham to see how much it was and whether she bought it because I take my job seriously. Given this Reddit popped up a week ago with a user also spotting the same defrosted Demolition Man, there’s a chance you might still be able to make it yours.

The thread also claims that there is no price tag on it so you will have to humiliate yourself by asking should you want to snap it up. Another commenter claims: “he isn’t packing any form of dong, but a penis shaped piece of foam tucked away in his undies” — so yes, you have every right to a discount.