An extensive study of Australian high school students’  sexual habits has revealed that, while the practice of ‘sexting’ among teens and young people is now more widespread than ever, rates of actual teen sex have fallen over the past five years. Wow. Who knew that iPhones were actually the best form of birth control all along?

The fifth National Survey of Australian Secondary Students and Sexual Health, conducted by researchers at La Trobe University, found that 70% of year 10 to 12 students who are already sexually active have sent sexually explicit text messages, and more than 84% have received them. Of the same group, more than half have sent naked or semi-naked photos and videos.

Funnily enough, the rise of sexting has actually led to a fall in promiscuity. The study found that rates of intercourse are dropping as more teens “choose to wait”, although that could just mean that more teens are choosing to “finish themselves” off because their phones are crammed full of n00dz and other racy material.

The figures showed that 70% of students in the year 10 to 12 age group are sexually active “in some way”, down from 78% in the last poll, conducted in 2008. 90% of people in the 16 to 18 age group say they use social media like Facebook or Twitter every day. As smartphones and social media proliferate, actual nookie is on the slide. 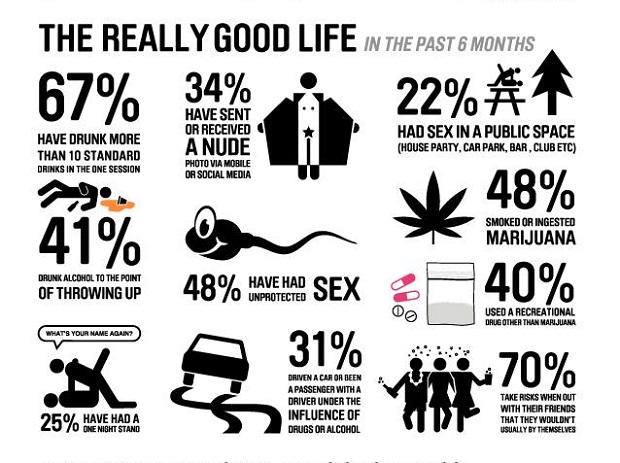