As ‘Sherlock‘ hurtles into its fourth season (or creeps, more like, given that fans have been waiting literal years for this next instalment), one thing has become remarkably clear: is it just us, or are there more fists and guns than turbo-nuclear clue-solving?

The latest offering from Mark Gatiss and Stephen Moffat, ‘The Six Thatchers‘, offers more than the joyful sight of Margaret Thatcher‘s likeness being smashed to smithereens more than once. It includes a fight sequence between Benedict Cumberbatch‘s Holmes and a murderous ex-secret agent that 100% stretches the boundaries of the kind of punch a nerd like Sherlock could throw.

Then you’ve got Mary (Amanda Abbington), John Watson‘s (Martin Freeman) now ex-wife. When she was first introduced in the third season she fit perfectly as the third leg of the trio, down for a lil’ crime solving but never leading the charge. 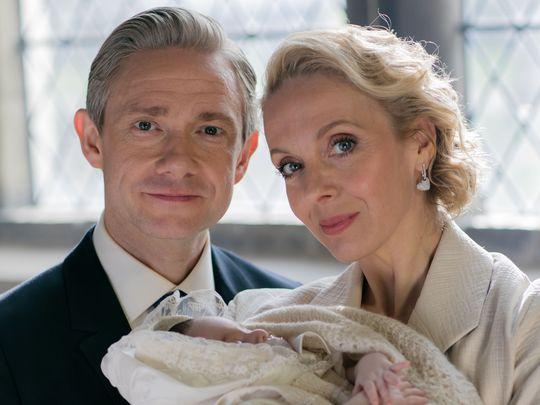 But then she just *had* to be a former secret agent with ninja-level skills and more resources than James Bond himself, and the show started to break from reality.

These flaws led The Guardian‘s Ralph Jones to pen a widely-shared criticism of the direction the series was heading in. He argued that Sherlock was “a nerd, not an action figure; a scientist, not a spy”, and that by shoehorning him into some disastrous ‘Sherlock Holmes / James Bond‘ hybrid the show risked losing what made it so loved in the first place.

“Sherlock’s unofficial tagline is ‘brainy is the new sexy’,” he wrote. “It feels like it gave up being brainy a while ago. Soon it may even cease to be sexy. Before you know it, it will have become James Bond.”

That piece has been shared over 5,000 times from The Guardian alone, and puts into words what many had been feeling.

In response, Gatiss – who not only created the show with Moffat, but plays Mycroft Holmes and writes a fair bloody whack of it, too – responded in an extremely Arthur Conan Doyle way: a poem.

It was submitted to The Guardian’s letter desk, which said it doesn’t usually publish poetry, but made an exception for Gatiss on the account that he’s a bit of a big deal.

Here is a critic who says with low blow

Sherlock’s no brain-box but become double-O.

Says the Baker St boy is no man of action –

whilst ignoring the stories that could have put him in traction.

The Gloria Scott and The Sign of the Fo’

The Empty House too sees a mention, in time, of Mathews,

who knocked out poor Sherlock’s canine.

As for arts martial, there’s surely a clue

In hurling Moriarty over the torrent

In shooting down pygmies and Hounds from hell

Did Sherlock on Victorian niceties dwell?

When Gruner’s men got him was Holmes quite compliant

Or did he give good account for The Illustrious Client?

There’s no need to invoke in yarns that still thrill,

Her Majesty’s Secret Servant with licence to kill

From Rathbone through Brett to Cumberbatch dandy

With his fists Mr Holmes has always been handy.

tl;dr – Sherlock’s always been good in a scuffle, so STFU you drongos.