A 52 year-old man from Cape Cod who considers flag appropriating national treasure Miranda Kerr his “soul mate” allegedly threatened to fly to Los Angeles, where she keeps a celestially attractive household with Orlando Bloom and by genetic default, son Flynn, to murder her.

Here’s a pic of the big guy: 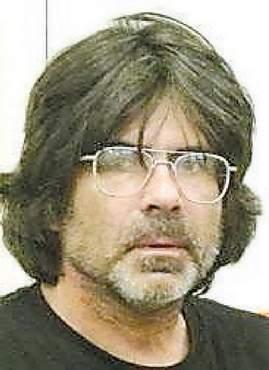 According to local newspaper Cape Cod Online, Steven C. Swanson of East Sandwich planned to “get on a plane at Barnstable Municipal Airport in Hyannis, travel to Logan International Airport in Boston and then go to Los Angeles, where he would “turn the place upside down.” He called the sheriff’s department dispatch to warn them of his plans, obviously having gone through his entire life thinking a successful murder eventuates when you tell everyone first. Jesus.

Here is a convenient list of other things he said and did:

– told police his intention was to “rescue” Kerr

– claimed to be a federal agent

– had pictures of her emblazoned on his fridge, microwave, bookshelf, eyelids

– told police he had ordered two .45-caliber handguns that he planned to use. Zero real life firearms were found in the house. Police did seize a pellet gun though, on account of “it looking like a real pistol.”

Swanson apparently denies all allegations, according to his court-appointed attorney. An unidentified courtroom doctor asserts that he suffers from bipolar disorder and schizophrenia, and he’s currently amidst a court-ordered mental health evaluation.