Kylie Jenner is one of the most photographed humans in living history. She’s been famous before she hit puberty, and the 19-year-old now boasts 83.2 million Instagram followers and is the most followed person on Snapchat in the world. (Snapchat is pretty shady with its figures, but this seems to be a widely accepted fact.) There’s also a little known reality show called ‘Keeping Up with the Kardashians‘.

So: if old mate King Kyles had a third nipple on her knee, dontcha think someone would have noticed by now???

There were also cries of ‘PHOTOSHOP FAIL!!!!’ by people who have definitely never used Photoshop in their life. Apparently the appearance of Kylie’s right leg compared to her left leg were enough to warrant these cries. (Guys – a huge chunk of her leg is behind Tyga’s leg. Kylie Jenner, queen of online appearance, would not Photoshop one leg to the size of a popsicle and not the other.)

So what is it? Best guess is an optical illusion, caused by a titchy lil plant nearby. Or maybe she has a new mole that grew real bloody fast. Or maybe she was just eating raisins and happened to drop one at the exact time this photo was taken. We may never know. (It’s probably the plant thing.)

Still. Fuck me if that doesn’t look like an honest-to-goodness nipperoonie. On her knee. A knipple. 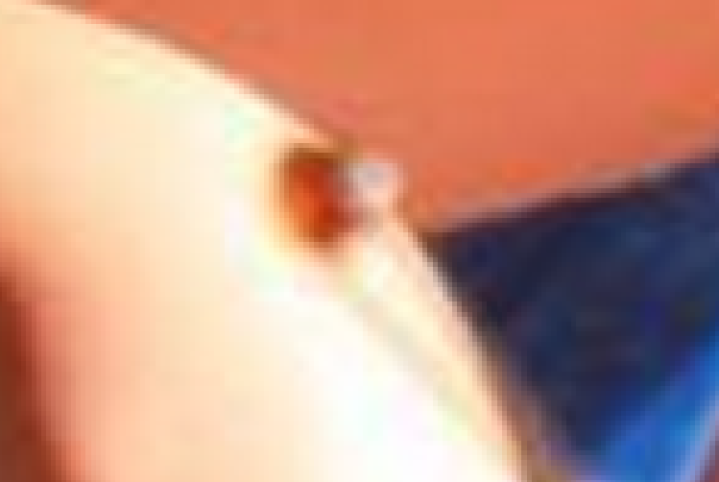