The newly single Sam Frost may have found an unlikely shoulder to cry on: her ex-fiancé Blake Garvey, who brutally dumped her in 2014 after proposing to her on national television.

New Idea‘s sources report that Blake sent a few, nervous texts to Sam after news broke that she and Sasha Mielczarek split shortly before Christmas, and they opened the doors to a rekindled friendship.

“Blake knows that he’s made huge mistakes with Sam in the past and, to be honest, he’s kind of ashamed of the whole mess,” says one source.

Blake – if you’ll recall the 2014 season of ‘The Bachelor‘ (that’s THREE YEARS AGO, WTF) – proposed to Sam in the season finale, before claiming the day after it aired that he’d made a giant mistake and was actually in love with third runner-up Louise Pillidge.

He and Louise split after two solid years together, commemorating the relationship with a pensive photoshoot in New Idea that ran with the headline ‘HE’S DUMPED ME!‘ to keep this thing nice and classy. 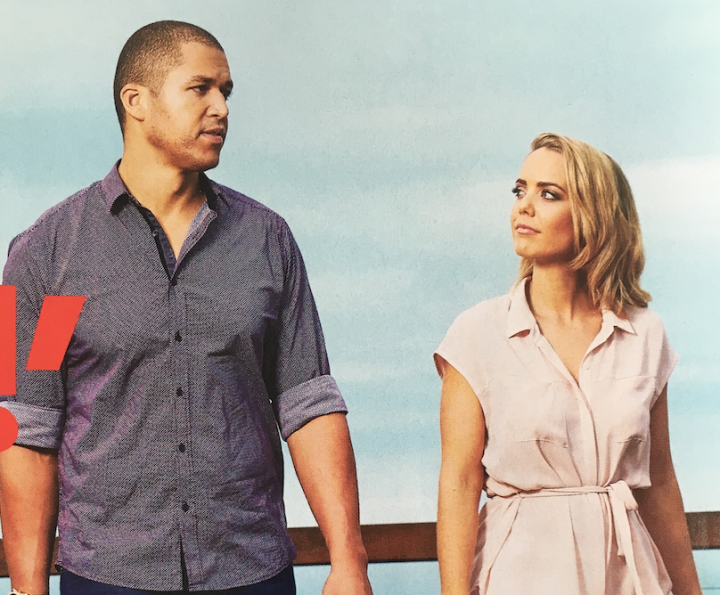 Re: Blake and Sam, the source continued:

“He’s been single since his romance with Louise fizzled out last year and, while he’s always had a soft spot for Sam, he’s mostly just worried about her.

“He was nervous about reaching out to Sam at first, but his texts were met with open arms by Sam, and now they’re speaking all the time. They’re really bonding.”

Another source – this one a friend of Sam’s (so presumably the last one was a friend of Blake’s) – said that their mutual experience as the human prize on ‘The Bachelor‘ and ‘The Bachelorette‘ respectively provided them with a unique situation to bond over.

“Blake has been through ‘The Bachelor’ wringer just like Sam, so he knows where she’s coming from. While he broke her heart in the most humiliating way possible, Sam can see that he’s learnt from his mistakes and is really trying with her. That means a lot.”

And they say true love is dead.