Get Amongst The 2015 Blogster Award Nominees: Food Category 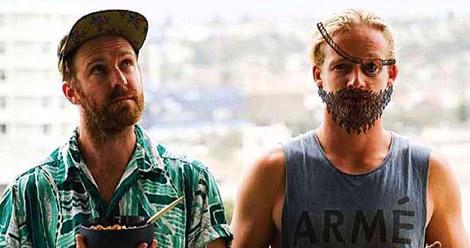 Bondi Harvest is as east Sydney as food gets – pairing fresh, local and seasonal ingredients with that laid-back, glowing-from-all-that-health, beach babe lifestyle we all aspire to. Don’t worry though, there’s also a dash of the most delicious, guilt-inducing things in life. Chefs Guy Turland and Mark Alston started their YouTube cooking show in 2012, accumulating over 48,000 subscribers, two venues to their name and a drool-worthy cookbook. After winning MasterChef in 2012, Andy Allen managed to find the time (in between his media duties as WINNER WINNER CHICKEN DINNER) to launch his YouTube channel, Andy Allen Cooks. From there he embarked on a series of culinary adventures (and mouthwatering vids) in Spain, Portugal and Mexico, culminating in his Channel 10 series Andy & Ben Eat the World. Lorraine Elliott – Not Quite Nigella

Founded by former advertising media strategist Lorraine Elliott, food blog Not Quite Nigella was born in 2007 after repeated suggestions from friends and family. It was a hit (with that name, how could it not be), and Lorraine has been blogging full time since January 2009. She features a new story every day, mixing it up between cooking and restaurant reviews or store visits. Cook Republic is the award-winning creative playground of Sneh Roy, who has been blogging for over 10 years. A food and lifestyle photographer, stylist and designer based in Sydney, she has also written a cookbook, and written for publications like Elle. She is passionate about cooking, exploring and celebrating real food, and we are passionate about, well, eating her recipes. George Eats began as an Instagram and evolved into blog. Born from a sudden onset of food-induced illness and a hefty amount of spare time during Georgia McDermott’s arts degree back in 2013, it has evolved from stealthy pictures of dinner under lamp lighting (we’ve all been there) to a full time job for Georgia, as she creates content for own blog and as well as for brands.