One of the most ~dramatic~ moments in last night’s episode of The Bachelor – apart from sweet angel Megan walking out – was booted contestant Georgia getting savage in the car ride home.

“Who the fuck are they?” she says in the final minutes of the episode, referring to the three intruders who Richie picked over her. “They all look like fucking skanks.”

It was one of the most real moments in a show that is a truly spectacular exercise in faking human emotion.

“That’s like the shittiest way to go out, intruders,” she says. “Like to be chosen against people he doesn’t even fucking know… yet he has spent more time with him that he fucking has with me.”


Girl did not look happy. 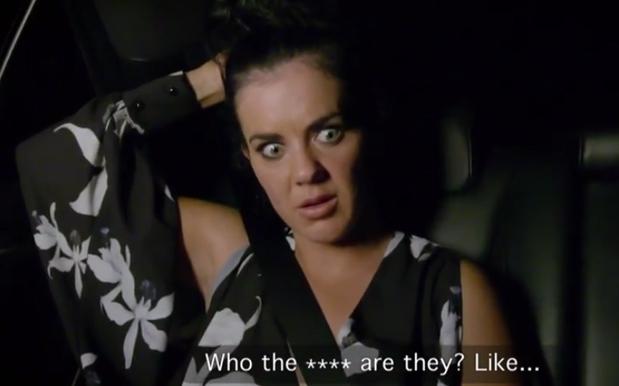 For non-watchers of The Bachelor, contestants usually constrain themselves to talking about their relationship with the Bachelor/ette, and their personal quest for love. Not, y’know, dragging the other contestants like we all know every single one of us would.

But Georgia let rip. Fast-forward to this morning, and she’s saying the only reason she let down her guard was because a producer straight-up lied to her about the cameras being off.

“Firstly I was told by producers ‘off air’, so I was kind of venting my frustrations of the day, but deep down I knew it was time for me to go,” she told news.com.au.

“I was told that the camera was off and [a producer asked], ‘Tell me how you really feel?’ And I just had a bit of a moment of frustration.

“I was told we were done filming. That was quite a shock seeing it on national TV. Mum was mortified. We were having a laugh about it, but at the end of the day, I still said it.

“I regret using the word ‘skank’ — I’d never use that to describe anyone. It was a broad statement about my frustrations. I think the intruders are lovely and I didn’t direct it at them.”

She also confirmed all of our UnReal-induced theories that the real drama is happening between the contestants and the producers.

“The same producer that was in the car with me — he tried to get me to bitch about someone (Kiki) for an hour and then he turned the camera off and threatened I’d go home if I didn’t bitch about people,” she said.

And the whole white rose drama? Fake. Fake as a rubber duck.