How do you get a film you really want to see to get screened in Australia? You ring the producer and just make it happen.

That’s exactly what Brisbane-based retailer and lover of all things skate, Matt Brady, did to have the film canisters of 2009 adventure-comedy-meets-surrealist-skate-movie Machotaildrop airmailed to our shores for the first time, where it will have its Australian Premiere Screening on Wednesday the 7th of July.

Written and directed by filmmaking team Corey Adams and Alex Craig the movie, that’s been referred to as “the Avatar of skate movies”, is a fantastical journey about amateur skateboarder Walter Rhum, who submits a golden videotape to the world’s greatest skateboarding company, Machotaildrop. He realises his dream of turning pro and rides alongside his idol, Blair Stanley (played by real skate legend Rick McCrank) but life at the top (of a really big ramp) isn’t all it’s cracked up to be…

The Australian premiere of Machotaildrop will coincide with Brisbane’s skate/art/music event I Used To Skate Once. Details here: 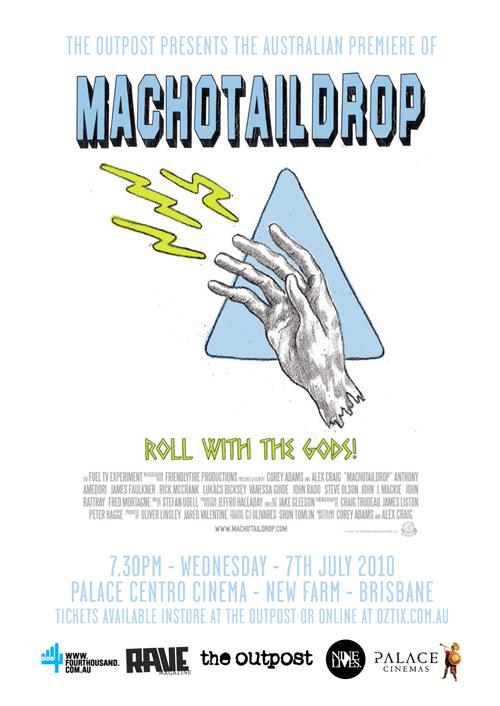 For more information visit the i used to skate once blog or www.machotaildrop.com