There’s board games and then there’s board games. You know, the type that makes you want to set fire to the box and shove your opponent’s player pieces in unspeakable places. It’s commonly understood that no games night is complete without someone in tears, someone storming off and someone sinking into the depths of an unholy rage.

If you’ve been looking for an excuse to dissolve a friendship that’s no longer serving you or have yourself uninvited from future social gatherings until further notice, it’s time to break out one of these board games. Some games were created with the sole intention of watching the world burn and these six are no exception. In fact, they’re in a league of their own entirely. Good fkn luck to you. 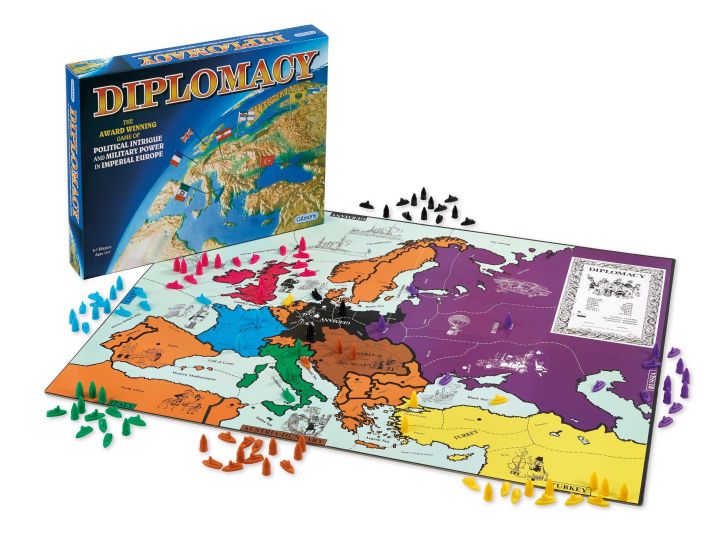 The tagline of Diplomacy is literally ‘the game that ruins friendships.’  The game was originally released in 1954 so it’s the founding father of rage-including games. Basically, the game takes you back to the turn of the 20th century and all seven European powers are battling it out in a mighty clash for power. Borders are being invaded, alliances are being formed and backs are being stabbed – I’m getting sweaty just thinking about it.

If you enjoy lying to your friends faces, this is the game for you. Play it at your own peril and don’t even try to say I didn’t warn you. 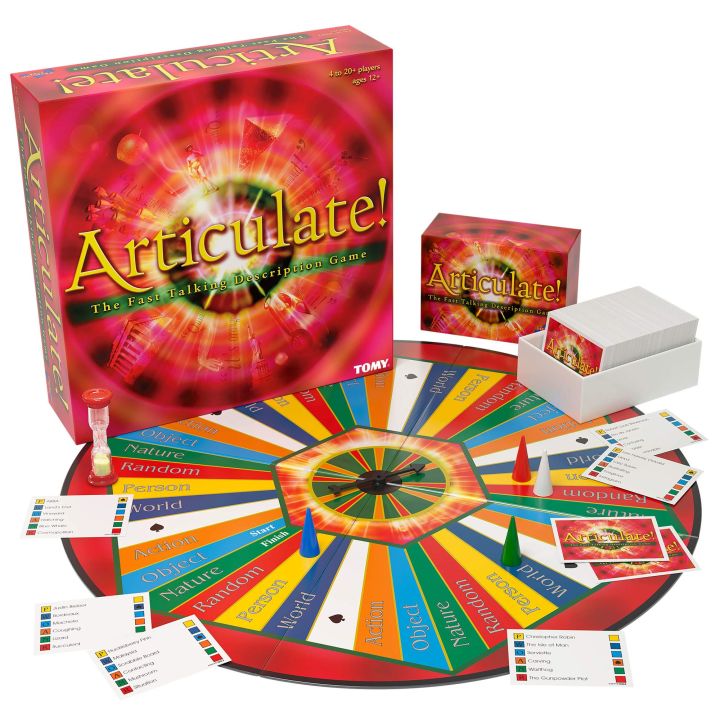 While the aim of this game is teamwork, you can bet it won’t last long. The object is to be the first team across the finish line by describing words from six different categories like object, person, action etc. You can’t say the word itself but can say a series of related words to help the person guess what it is. Once the timer goes off, you move forward the amount of spaces as correctly guessed words.

If you have a total lemon on your team who can’t guess to save themselves (or someone who’s hopeless at describing) then you’re out of luck. It won’t be long before people start turning on each other and banging their hands on the table in frustration. A sign of a game well played. 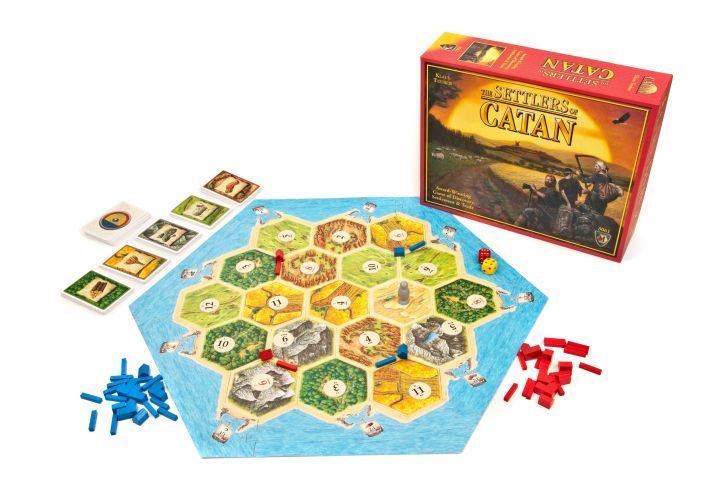 Here we have yet another strategic game in the mix and I’m starting to see a pattern here. At surface level, the aim of the game is to develop a shit hot settlement. Dig a little deeper, however, and you’ll find it’s really about forcing people to beg for natural resources. There will always be one player with a seemingly endless supply of a resource that everyone else needs – this gives them to power to act like a complete arsehole. If you want their sheep, you’re going to have to fetch them drinks and probably sacrifice your first born child.

I’ve played a handful of times and spent the entire duration of the game begging other people for their wheat (not really how I’d like to spend a Saturday night). I still have no idea how it works but you can bet I’ve hated every single person I’ve played with. 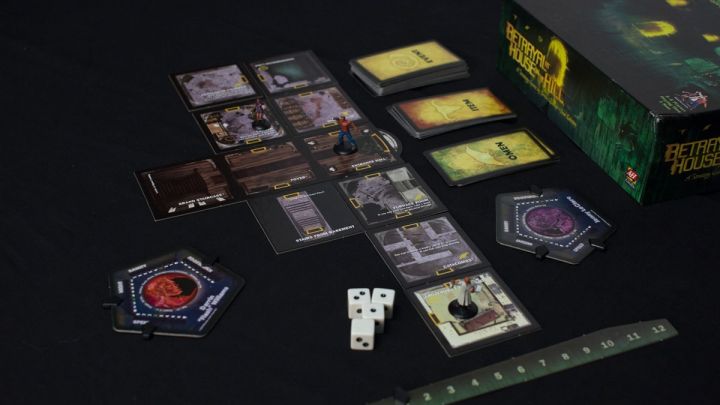 Oh me oh my, the name just says it all here. This game is pretty unique as it allows you to build your own haunted house one card at a time while encountering ghouls, goblins and anything else that gives you the heebie jeebies. Unbeknown to everyone else, one player secretly betrays them all and the other players must rightfully destroy them before it’s too late.

It’s strategic, suspenseful and will probably give you nightmares along with leaving you friendless. 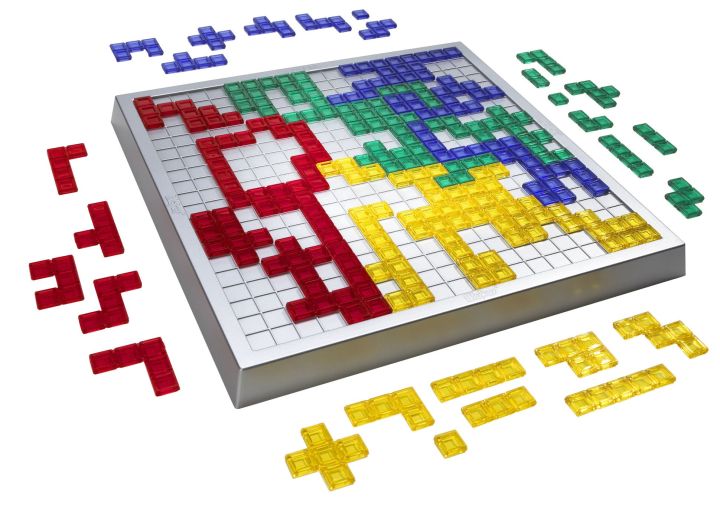 At first glance this looks like a game for children, and once you’re twenty minutes deep you’ll find that assumption still holds true. For some reason, this game has the unique ability to make everyone behave like two-year olds (yes, even the most dignified of players will succumb to its powers).

The goal is simple – fit as many pieces as you can on the board while strategically blocking your opponent. The catch? All your pieces have to touch each other at the corners. It sounds easy in theory but it’s like Tetris on steroids. Couple that with the overwhelming desire to destroy everyone around you by blocking the hell out of them and you’ve got yourself an absolute shit storm. 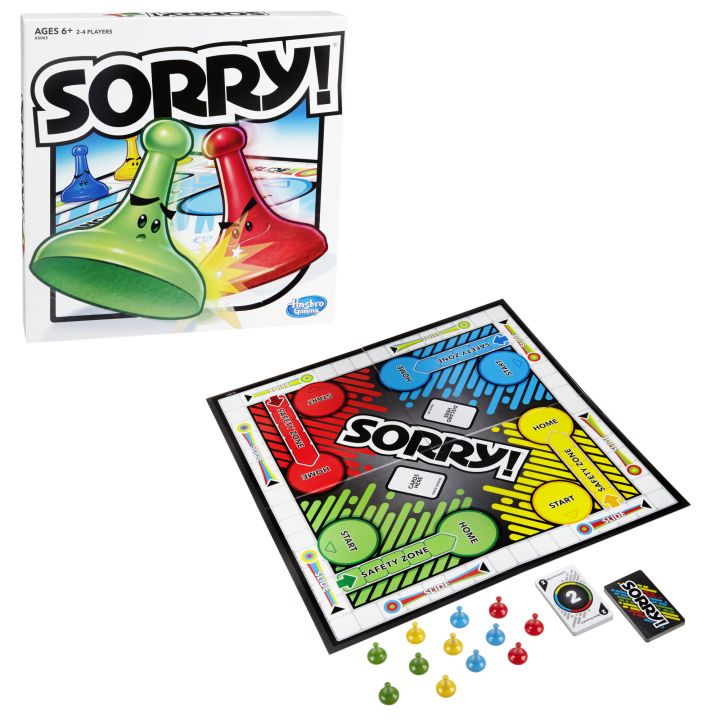 As you can probably tell from the condescending name, nobody is ever really sorry in this game. In fact, the name comes from the flippant apology you’ll issue countless times as you screw everyone over repeatedly. There’s no shortage of ways you can derail the progress of other players and shit on their life’s work so it’s a surefire fire starter.

Be the first player to get all your pawns safely to home base – if you can somehow stop other people from knocking you off, sending you backwards and just generally pissing you off. Enjoy!