Could there be a more befitting actress than Cate Blanchett to cover a magazine titled “Intelligent Life”? The lifestyle and culture magazine from English publication, The Economist, has Ms Blanchett on the cover of the latest issue and, in a refreshing restoration of authenticity, have expunged the image from the equal-parts-dreadful-and-wonderful Photoshop.

It’s actually strange to see a famous woman looking how she really looks, if you know what I mean. You can see real wrinkles (albeit impressively few for a 42-year-old from years of applying SK-II). You can see facial hair (see! I told you it was normal, everyone!). And there’s bags under those soulful eyes, which is what you’d expect from a wife and mother of two who runs a theatre company (and who, in June, will star in a run of said company’s production of “Uncle Vanya” for the Lincoln Center Festival in New York). And with all those imperfections salvaged from the flawless render of Photoshop, the resulting image is something beautifully real. It isn’t the cover of a magazine it’s a portrait, an art form that, traditionally, is about capturing humanity in its natural condition, wrinkles, warts and all.

Publishers want a recognisable person on the cover, with a real career; but they also want an empty vessel-for clothes and jewellery and make-up, which often seem to be supplied by the advertisers with the most muscle. (One cover shoot we spotted this week even had a credit for a fragrance. You would hope that the readers smelt a rat.) The actresses end up playing two conflicting roles: both modern women and throwbacks, both something to aspire to and something to negate.

Cate Blanchett, by contrast, appears on our cover in her working clothes, with the odd line on her face and faint bags under her eyes. She looks like what she is-a woman of 42, spending her days in an office, her evenings on stage and the rest of her time looking after three young children. We can’t be too self-righteous about it, because, like anyone else who puts her on a cover, we are benefiting from her beauty and distinction. But the shot is at least trying to reflect real life.

I love a little physical perfection as much as the next person, but real life can be just as beautiful, if not more so. 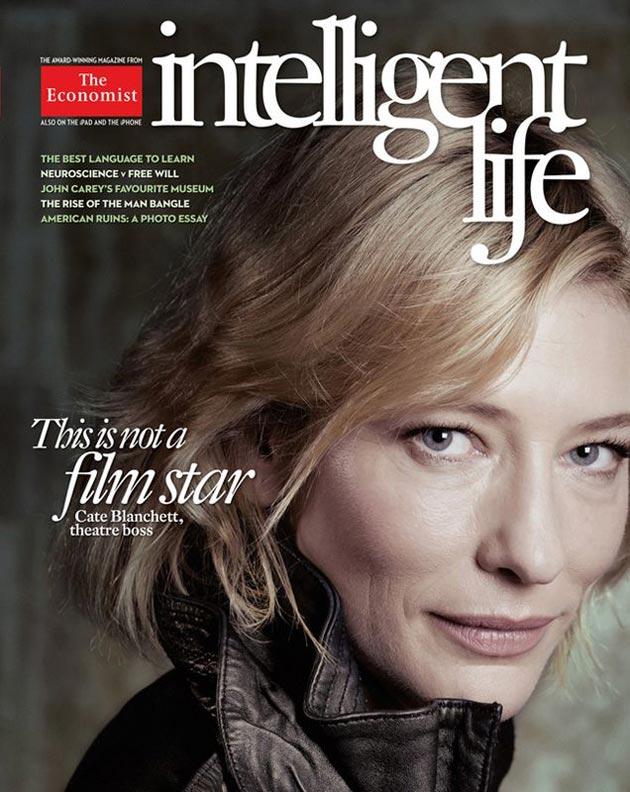