Beyoncé has posted a powerful call to arms in response to the recent killings of Philando Castile and Alton Sterling by US police officers.

She’s asked her followers – which number in the many, many millions – to protest the recent deaths of these men, “no matter your race, gender or sexual orientation.”

“It is up to us to take a stand and demand that they ‘stop killing us’,” she wrote in a post on her website. “We don’t need sympathy. We need everyone to respect our lives.” 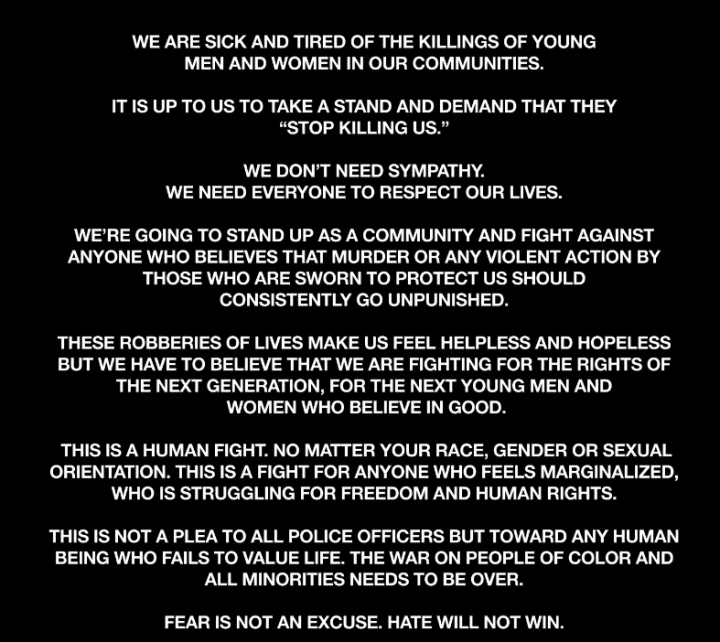 Alton Sterling was shot multiple times at point blank range by police officers while selling CDs in Baton Rouge, Louisiana on Tuesday; Philando Castile was shot multiple times by a police officer who had pulled him over for a busted tail light in Falcon Heights, Minnesota yesterday. Both shootings prompted a mass public outcry and strong accusations of racism against the officers involved. (Investigations have been launched into both shootings.) 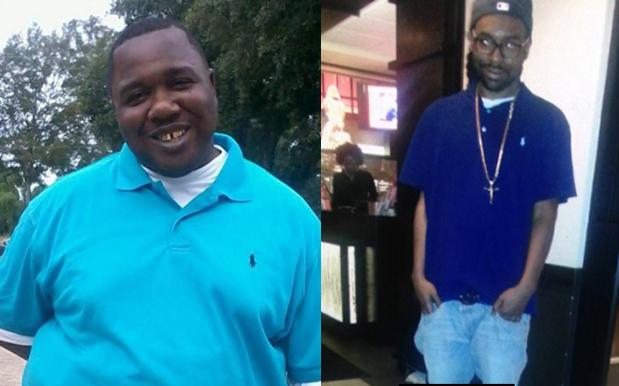 You’d also have to be blind to pop culture to have missed Beyoncé’s ramped-up effort with the Black Lives Matter movement. Her album Lemonade was as much about the experience of the black woman in America as it was about her marriage to Jay Z – it including appearances from the mothers of Trayvon Martin and Michael Brown, holding photographs of their dead sons. Bey’s game-changing Formation video clip also touched on police violence, including this powerful visual:

Bey provides a call to arms for American citizens to protest online / contact their Congressman or woman; our US readers can find those links here.