I have been waiting for this moment since episode one.

Keira Maguire was unceremoniously booted from The Bachelor last night (with no rose ceremony or nu’thing), and at last the time has come for her to air her dirty laundry all over Sydney‘s airwaves.

Although acting coy for all of two seconds, she *eventually* spilled to Rove & Sam on 2DayFM this morning that the worst contestants in the house (according to her) were none other than Rachael and Kiki. 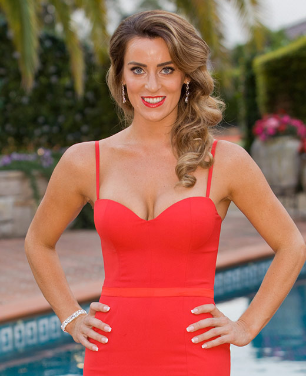 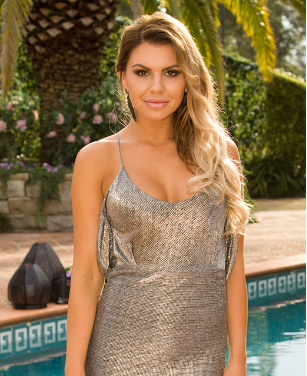 “Although I do like everyone today,” she said carefully, “obviously the situations and circumstances are different. In the house Rachael and – not Noni, her other half, Kiki – I found it really hard to live with them, they weren’t very nice to me.”

Keira also revealed that she WASN’T asked to stir up drama – that was just kind of her schtick from the get-go.

“I wasn’t really that kind of person that was in for the stirring,” she (hilariously) told Rove & Sam. “Although I did unintentionally stir things up. Obviously they [the producers] would say we had to talk about certain things and obviously I’d be like, ‘Okay I’ll do it if no one else will’.

Later on KIIS-FM, Keira told Kyle & Jackie O that although she didn’t get to know Richie (aside from learning that he does yoga all wrong like some kind of non-yoga practising peasant), but that she feels like she “would have eaten him alive”.

“I didn’t get to know him, but I feel like I would have eaten him alive.” #Keira #TheBachelorAU #KJshow pic.twitter.com/NvE5lwcNai

Sigh. And so we find ourselves enduring the rest of this season without a favourite wifey (Megan) or a villain (Keira).

Tune in next week!… for mediocre cattiness, Alex‘s imminent meltdown, and Richie saying “ha ha” every two seconds like he’s only ever heard the vaguest description of what a joke actually is.