The mystery of Drake‘s new love tattoo has been solved, people, and yep – it’s a shark.

Specifically, it’s a camo shark, one that also appears on the left ankle of one Robyn Rihanna Fenty, and has come to symbolise their love. When they eventually do get married, there’s only one person who can officiate this shit: 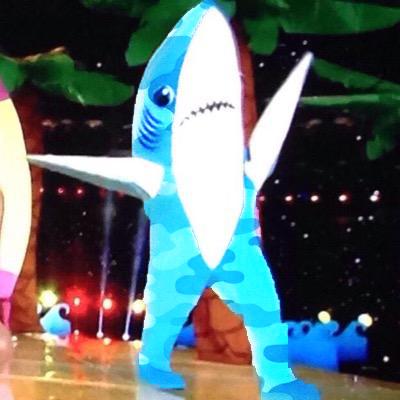 Last week NYC-based tattoo artist Bang Bang posted a photo of Rihanna’s new ink, and everybody quickly worked out that it referenced a toy shark Drake had bought her a few weeks earlier.

At the time, Bang Bang wouldn’t confirm what tattoo Drake, only that it was something meaningful to both of them. “I’ve tattooed Rihanna many times and [that] night was my favourite,” he said. He also confirmed that it took place in Drake’s dressing room backstage at his Miami concert (he’s on tour with Future right now), and it was just the three of them there.

But in New Orleans a few days later, Drake appeared on-stage without his jacket at one point, and bingo, there’s a camo shark, chilling on his right forearm. 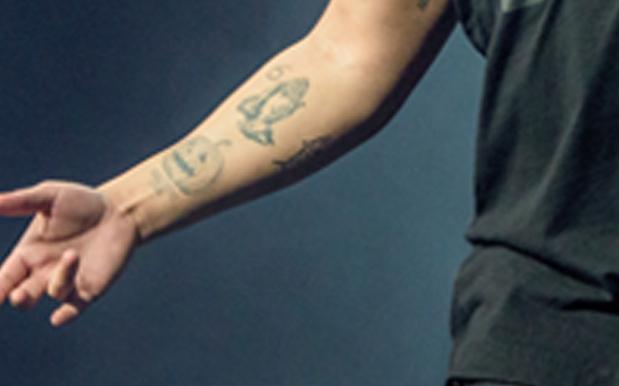 He also posted a pic to Instagram with a slightly clearer image from the Houston stop.

And there you have it, folks – inarguable truth that love is real.