Thanks for signing up!
To sign up for our daily newsletter filled with the latest news, goss and other stuff you should care about, head HERE. For a running feed of all our stories, follow us on Twitter HERE. Or, bookmark the PEDESTRIAN.TV homepage to visit whenever you need a news fix.
PEDESTRIAN.TV has partnered with Disney+ to fulfil your greatest streams.

After all of the movies, animated TV spinoffs and video games, the Star Wars universe has become an incredibly lush piece of science fiction full of interesting characters, worlds and alien life. When it comes to the latter, there are more than 50 different alien species kicking around the distant galaxy.

As you can imagine, some of those creatures get pretty damn weird and unique, while others might actually make decent mates. Here’s a ranking of a bunch those aliens (or creatures, whatever you wanna call them), ranging from fairly non-threatening to super creepy.

I didn’t want to fall into the Baby Yoda hype, I really didn’t, but how can you not? He’s freaking adorable. Look at him sipping his tiny soup. LOOK. The Gungans are responsible for Jar Jar Binks, and while he’s perhaps the most annoying character in the series, he’s completely harmless. In fact, he’d probably be stoked to find a way to help you out in some capacity.

While Jar Jar absolutely does not speak for the rest of his species, he’s like a big loveable idiot. Not the first person you’d invite to the pub, but you wouldn’t a switch venues if you found out he’s already there.

Sure, they look like slimy potatoes, but man can they play the… Clarinet? I dunno, but whatever it is, they shred at it.

These guys just wanna jam, and we should all be down for that. Also, they’re called Bith and that’s pretty funny, to me.

Like sweet puppies of the Galaxy, a Wookiee will be your best pal if you want it to be, just ask Han Solo.

I’m still not sure how everyone just automatically understands what they’re growling about, but who am I to judge? I love Wookiees. 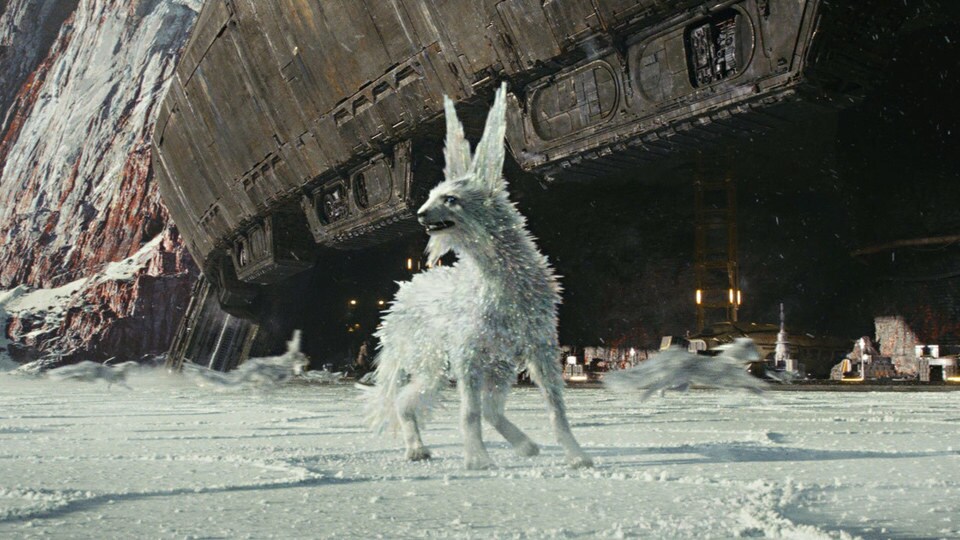 Probably one of the coolest-looking creatures in the Star Wars universe, the Vulptex is a recent addition first seen in The Last Jedi.

They’re more or less a fox covered in crystals. I don’t think they’re out for blood, but I certainly wouldn’t try patting one unless you have a few bandaids handy. 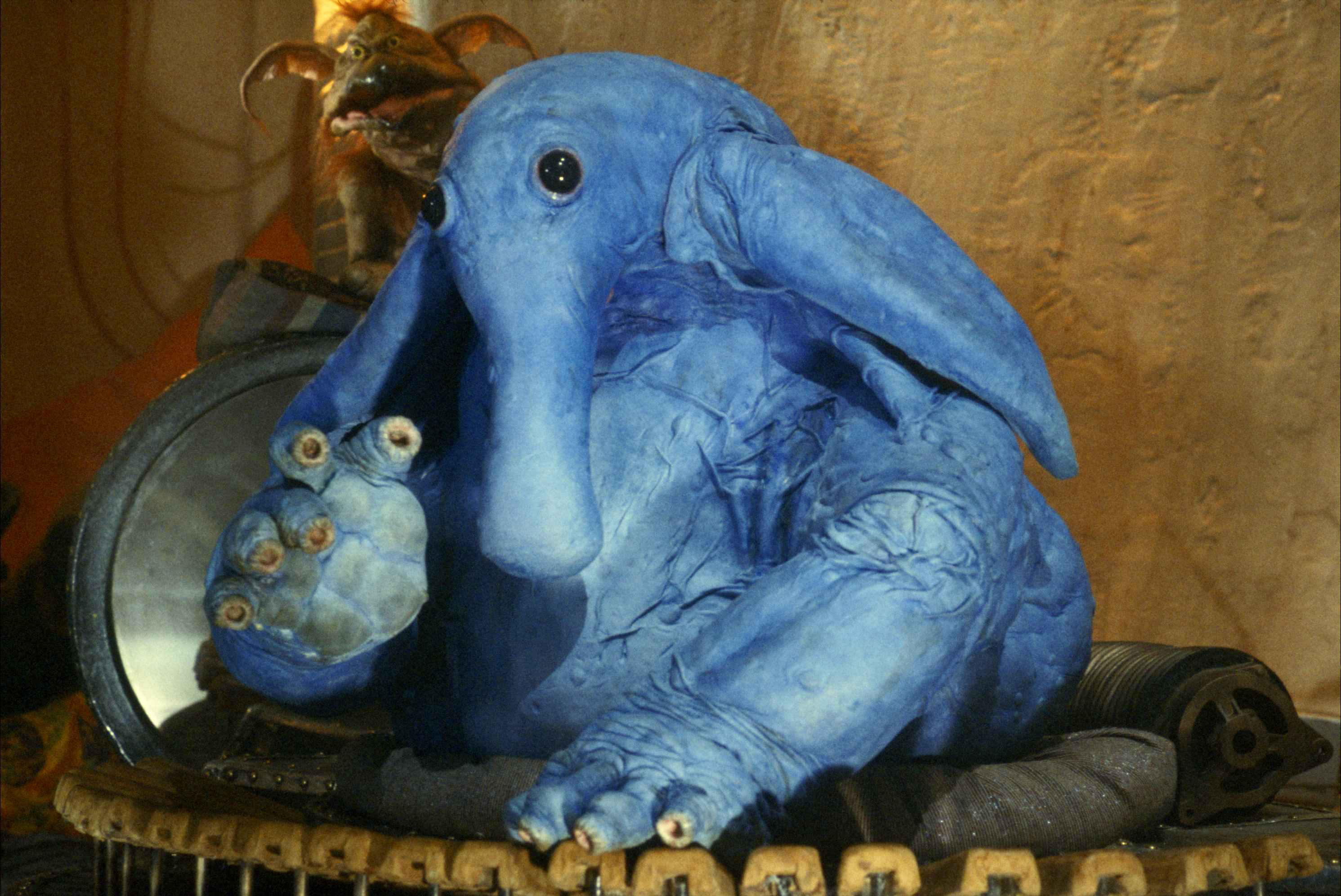 These blue elephant-like creatures are just here for a good time. Hell, the first Ortolan we meet in the Star Wars universe is ripping away on a, uh, space keyboard? Anyway, his name is Max Rebo and he plays in a band. Sick name.

This bloke wouldn’t hurt you I reckon. He might talk your ear off about the time his band supported Noiseworks in the 80s, but that’s about it. Oh, he also laughs like a maniac whenever Jabba the Hut murders anyone, but that’s more of a Jabba problem when you really think about it.

Just like a big lizard but you can ride it. A very nice treat for Obi-Wan Kenobi.

These are only dangerous the same way horses are. Don’t get in their way or fall off them and you’ll be sweet.

These pink three-eyed weirdos might look a little scary, but really, they’re just like bipedal goats with an extra see-hole. The alien race first popped up in Return of the Jedi, but can be found all over the place, whether it’s as pod racers, senators, or sleazy bar flies. Some are bad, some are good, but I reckon you could make friends with plenty of them.

Also, they’re called “Gran” which is exactly what I used to call my grandmother. How bad could they be? 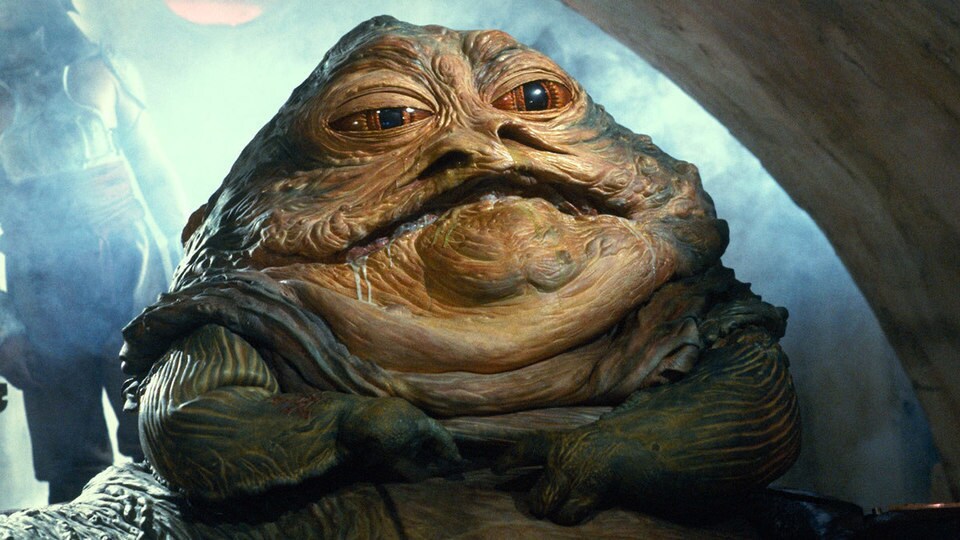 This bloated jerk is too fat to do anything to you himself, but he’s got plenty of space influence, you know? He can get other people to do stuff to you, and that’s pretty scary. Basically, he’s one of the galaxy’s biggest gangsters, so he’s pretty much Fat Tony in space.

Still not as scary as big-ass claws or anything, but still a bit scary.

I mean, just look at it. It’s like someone put a big toe in a trash compactor.

Seriously though, these dudes are creepy as, and not just aesthetically. A Muun actually trained Darth Sidious and others have helped out the Empire from time to time. They have no conscience man, I’m telling you.

Get outta here with your Muun. We see this slimy critter in the very first Star Wars flick, A New Hope, and I think it’s been in at least 5 of my nightmares ever since. What makes Dianogas so creepy is that they live in grimy water and they’re huge under there, so you don’t really see them until they do that gross eyeball thing. Like a fat slippery eel with a periscope.

They are fricken gross and I want nothing to do with them.

Look, I’m sure Sullustans are great. In fact, a bunch of them fight for the rebels and do a bloody good job of it. By all accounts, they’re a very nice species.

Niceness aside, if I see one of these bug-eyed noggins anywhere near me, I’m straight-up calling the police. Why does it look like that? What in the sweet heck is going on with its mouth? Good grief.

Mum, can you come pick me up please? Hurry.

If this has gotten you all riled up for Star Wars (same tbh), you can stream all of it on Disney+ right now.