Long before Kim Kardashian, there was another curvaceous KK making headlines the world over.

When the doors to the first Aussie store in Penrith swung open in 2003, the crowd copped one whiff of that sweet, unmistakable scent and subsequently went wild.

They gave away 300,000 round ones to mark the occasion. Lines snaked around the block. It was proper pandemonium.

These days social media goes nuts over the opening of an envelope, but for pre-Instagram standards, the launch was like nothing we’d ever seen. If you were an Adelaidian and didn’t haul ass a dozen Original Glazed goodies home on the plane, did you even go to Melbourne?

Like Paris Hilton and most other early 00s phenomena, the sugary allure of Krispy Kreme eventually dissolved as the likes of Doughnut Time took over.

But life has a funny way of doing doughies, and it looks like Krispy Kreme is set for a comeback of Nollsie proportions.

Today they’ve announced a brand new product that they hope will spark excitement from Springfield to Shelbyville and beyond: The Simpsons D’ohnut. 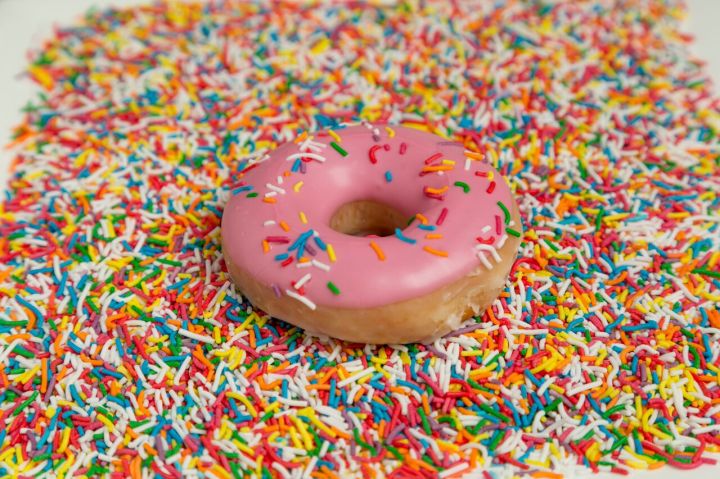 to celebrate, they’re giving members of the extended Simpson family a chance to try the D’ohnut for free.

On Thursday March 29th, anyone with the last name “Simpson” can head into their local Krispy Kreme store, show their ID and redeem a complimentary D’ohnut.

Make like Homer and find your local store here.