Zahra Savannah and Lola Simone came out with a coupla other cuties to sell their goodies, as Rock called out various celebs for not putting their hands up with fistfuls of cash.

Leonardo DiCaprio copped it: “C’mon, Leo you made $30 million!”

Lou Gossett, too, but in reverse: “Oh Lou Gossett watch out now! You got diabetes!”

On the buyer’s’ list was John Legend, Kate Winslet, Matt Damon, Steve Carell and Christian Bale, who probably came over all charitable in the hopes of not being skewered by Rock in his next Oscars turn (will there be one? TBC). 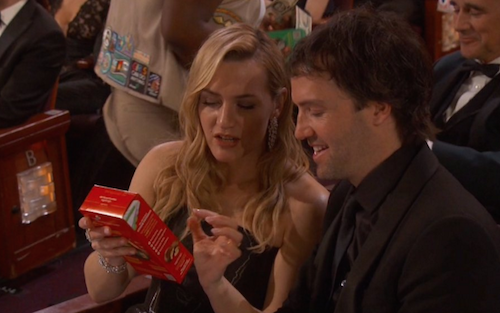