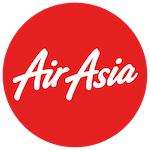 PEDESTRIAN.TV has teamed up with AirAsia to take you on an adventure.

You guys, why don’t we talk about Taipei more? I don’t know if you’ve ever given the Taiwanese capital a quick image search, but you absolutely should. From busy city scenes, to seaside towns and rolling mountains covered in jungle – it’s truly a place of a thousand different vistas to soak up.

To prove my point – and to satisfy my extreme wanderlust for this place – cop these epic Insta pics that will 10000% convince you to book a flight there for your next vacay.

This is a super cute annual tradition, that makes for some pretty epic images. Once a year, people head into Taipei to write their wishes on a paper lantern and cast them into the sky in hopes their ancestors will grant them. AirAsia even has a comp to get you to Taipei.

You can’t visit a foreign city without finding the city-scape money shot. For Taipei, that spot is definitely at the top of Elephant Mountain’s walking trail.

The view from the top of the cable car ride to the heights of Wulai district and its famed waterfall are second to none. Not having to walk is always a bonus.

What can I say, Taiwan is a mountainous place. There may not be actual teapots at the top of Teapot Mountain, but there is an unmissable view of the dramatic landscape.

For a change of pace, head underground to Old Baiji Tunnel. Originally built in 1944 during Taiwan’s Japanese colonial period, the tunnel doubled as an air raid shelter and evacuation site. These days it’s been rebuilt for a nice stroll.

About a 45-minute drive from the city, you’ll hit the mountain town of Jiufen. The narrow alleyways, traditional tea houses and architecture make for perfect holiday snaps.

Speaking of traditional architecture, back in the city of Taipei itself is Chiang Kai-shek Memorial Hall. This national monument was built in memory of a former Republic of China President back in the 70s.

Time to dust off your photography skills and book yourselves a trip, I’d say. You can often find flights to Taipei with AirAsia for less than it costs to fly to the other side of Australia, so personally I’d start there.