PEDESTRIAN.TV and QAGOMA have joined forces to keep you abreast of the super-'Grammable Patricia Piccinini exhibition they're hosting until August 5. Read on to find out more.

I primarily become aware of what exhibitions are on at GOMA by a form of Instagram-based osmosis, as more and more of my friends post pictures of themselves amongst the art. This tends to happen because the exhibitions are always big, gorgeous, weird, and beautifully staged, and Patricia Piccinini: Curious Affections is definitely no exception.

You might already be familiar with her work, whether from the incredibly striking sculptures in her exhibition Consciousness, or from her role in creating Graham, a confronting look at what the human body would have to look like to be able to survive a car crash, for the Transport Accident Commission.

It shows. While some of the imagery in the sculptures is quite confronting – even at-times bordering on softly Cronenberg-esque – it is immediately overwhelmed by a sense of intimacy. The figures are caught in moments of tenderness and vulnerability. 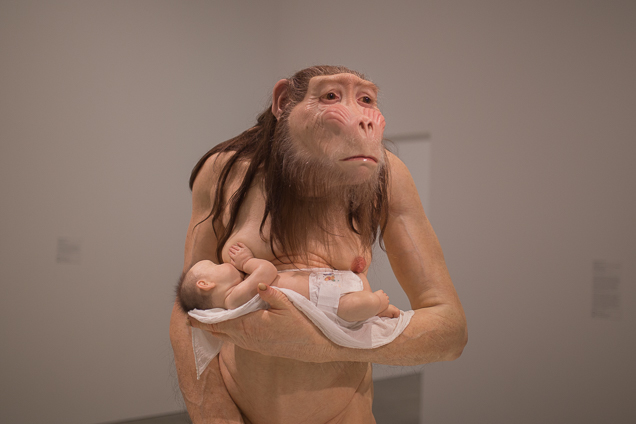 The work doesn’t just ask us to question the relationship between the figures, but between ourselves and the figures as well – the pairs are often asymmetrical in how similar to us they are. 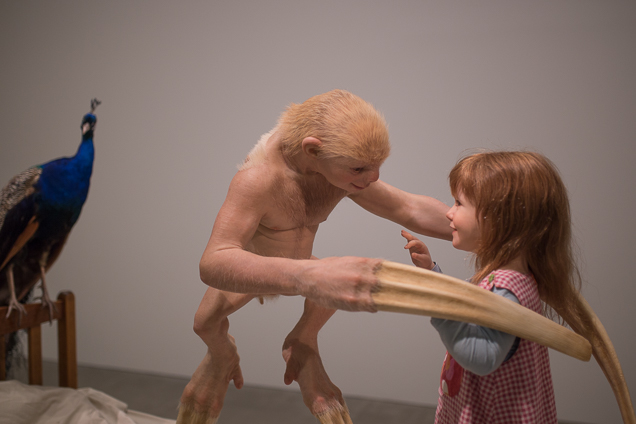 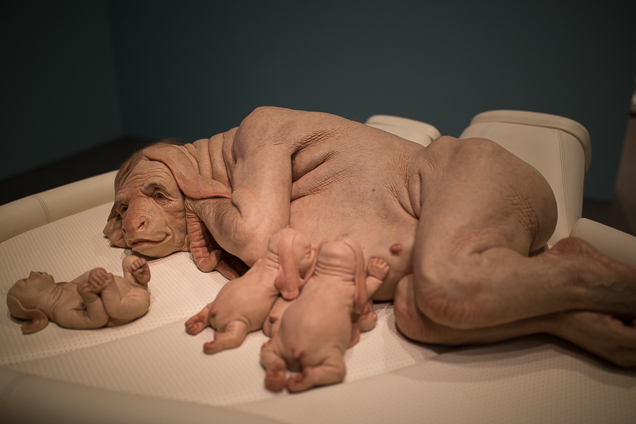 The second thing that strikes you about the exhibit (other than how incredibly lifelike the sculptures are) is just how big it is. Curious Affections occupies the entire ground floor of the gallery, with an inflatable sculpture inhabiting a space a full three storeys high.

Two of the exhibitions most iconic pieces, The Bond and Kindred, are housed in an immense artificial garden – a black space filled with 3,000 sculpted white genetically modified flowers that move gently as the passage of people moves the carefully sprung floor. 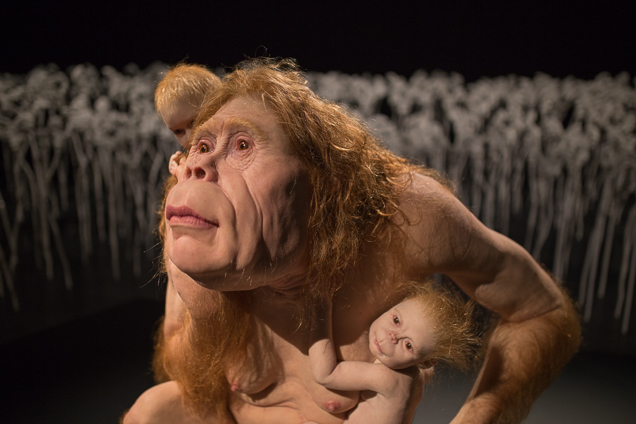 Part of the exhibition even includes an entire vintage Viscount caravan, housing a moment in time that feels somewhat evocative of the photographic work of Gregory Crewdson, but with Piccinini’s exploration of the human body. 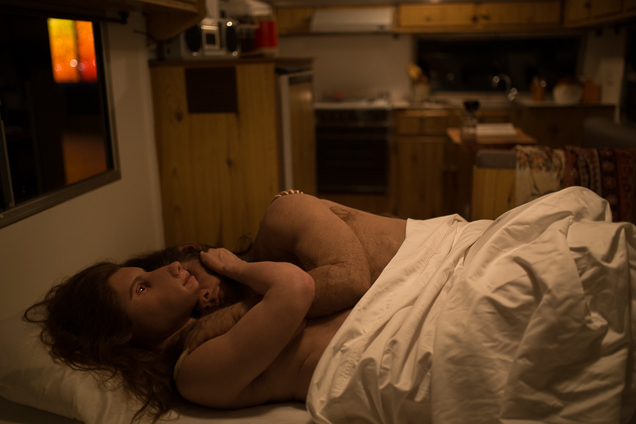 The exhibition encompasses swathes of Piccinini’s work, across a bunch of mediums, and I’ve left out a chunk of it so as not to spoil the surprise. A lot of the work feels like a personal challenge as to what you will accept as human or alive and what is deserving of your empathy, to the extent that you will likely find yourself staring at a sculpture long enough that you become somewhat convinced that it’s breathing (this happened to both me and my partner, separately).

The exhibition is exclusive to GOMA, running from March 24 until August 5. If you get the opportunity, you can (and definitely should) drink it in as part of one of GOMA’s Up Late evenings – a night of music, drinks, and talks featuring acts like the US’ Lydia Lunch and Zola Jesus, as well as Melbourne‘s Xylouris White.

All artworks are © Patricia Piccinini.