If I had to give myself a score on my knowledge of Cairns, I’d go for a modest D+. My knowledge of the Great Barrier Reef? Also a D+.

So, when I touched down in the tropical Northern Queensland city on a trip to see the famous coral spawning – or ‘mating ritual’ – I genuinely had no idea what to expect, except that it certainly would be a touch warmer than my pasty ass was used to.

Dressed in my unofficial Melbourne uniform – head-to-toe black, which proved to elicit some not-so-subtle chuckles from experienced locals – I marched out of the airport, sweating out of my eyeballs and ready to be taught like a fifth-grader on speed.

Here’s what I learned during the trip. 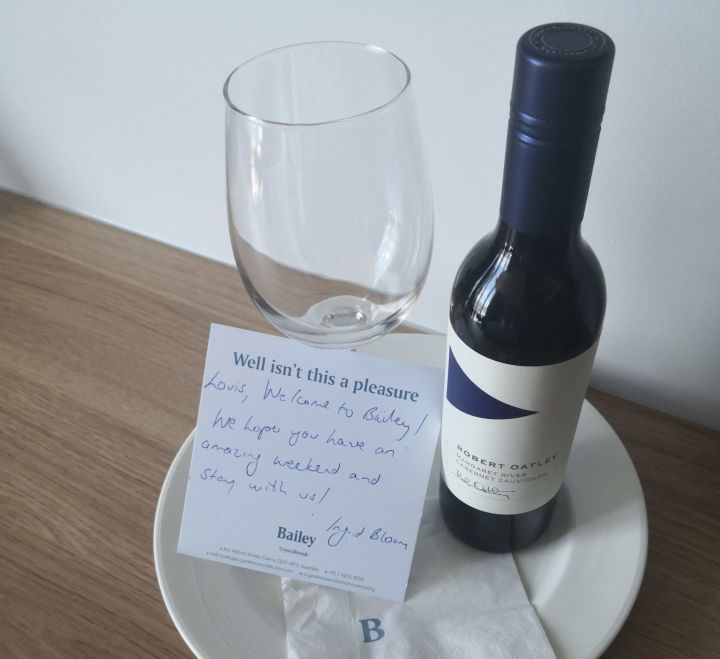 Okay, not technically the biggest takeaway from the trip, but it’s worth noting nonetheless.

I’m not saying that I expect a personalised note every time I travel somewhere, but I will say that it’s the closest thing I’ve had to a meaningful hug in months.

In a entirely non-saddo way, of course.

Alright, let’s get to the meat of it.

The purpose of this trip to the Great Barrier Reef was to witness the world’s biggest orgasm, otherwise known as coral spawning. I’m not being crass, that’s genuinely how it was described by Citizens of the GBR ambassador Steph Wells.

And she’s not being crass either – coral spawning is literally coral shooting billions of coral eggs and sperm into the ocean, hoping (well, humans hope, coral doesn’t think) it collides to form coral colonies to continue procreation.

Scientists know their shit – listen to them 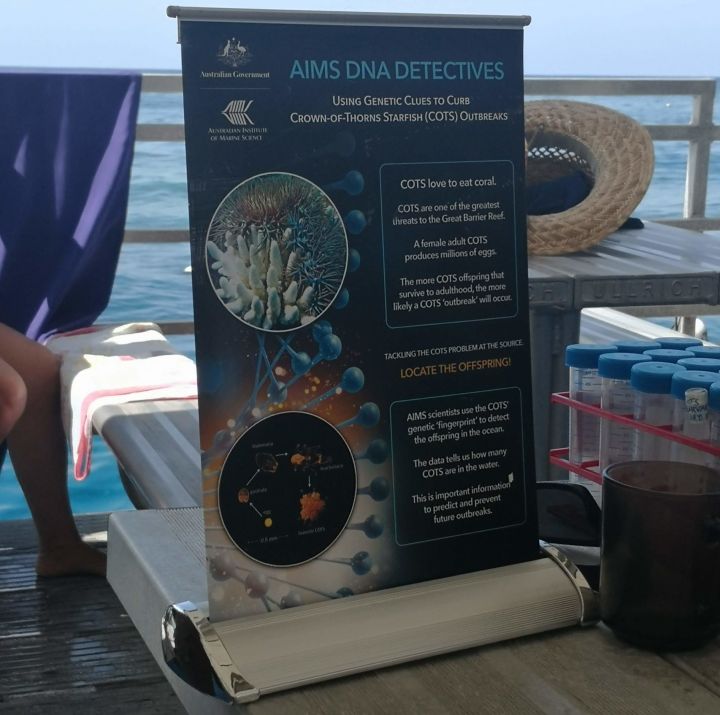 Over the course of the weekend, we got to hear from a number of People Who Know Their Shit™.

Despite being hella shaky due to downing three of those espresso machine coffees in my room prior (they were free, people), I managed to jot down some notes from the Q&A that was held on the first night.

Thank you for coming to my TED talk.

We were lucky enough to meet the crew behind just one of the research boats that patrol the reef, on the hunt for the vile crown of thorns (shown above).

Unlike Patrick Star and other cute starfish, the crown of thorns are these cursed coral-sucking creatures that are hellbent on destroying the reef.

So, divers on the research boats conduct up to three dives a day on ten-day shifts to yeet as many of the little shits as they can.

Don’t clutch thy pearls just yet, though, because the divers ensure there’s still enough of the assholes left that they’re not wiped out entirely.

Holding a phone out of a helicopter is anxiety-inducing

After one of the dives, our new Cairns crew hopped on a helicopter (super casual) to fly back to land, and while the sights we saw were beyond mindblowing, I was more alarmed by one of my comrade’s approach to taking a photo of the reef.

Take a look at the snap above. Notice how precariously that phone is hanging out the window? I’m still shaking.

I haven’t slept well since.

The bleaching was not the death of the reef 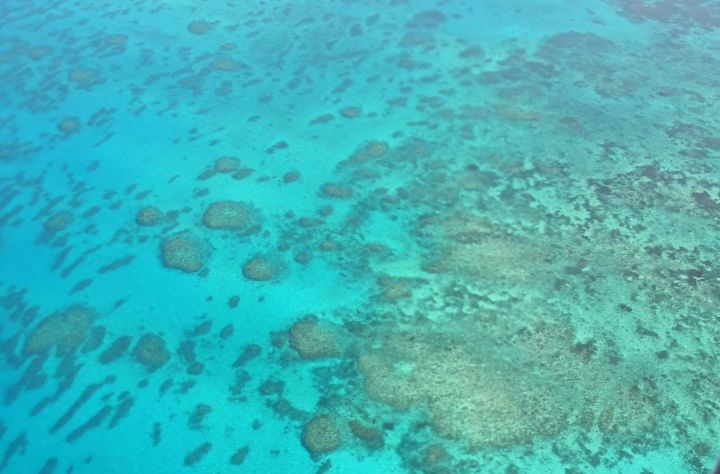 Despite the mass hysteria that followed the news of coral bleaching on the GBR, the People Who Know Their Shit™ told us it was blown way out of proportion.

While a sizeable amount of coral was in fact bleached, the bleaching was patchy, occurred in areas where there was no water movement, and didn’t affect the same species of coral that was sitting right next to it – an interesting observation which will perhaps give even more insight into how different species of coral operate.

Moral of the story though: the reef is far from dead – don’t write it off. 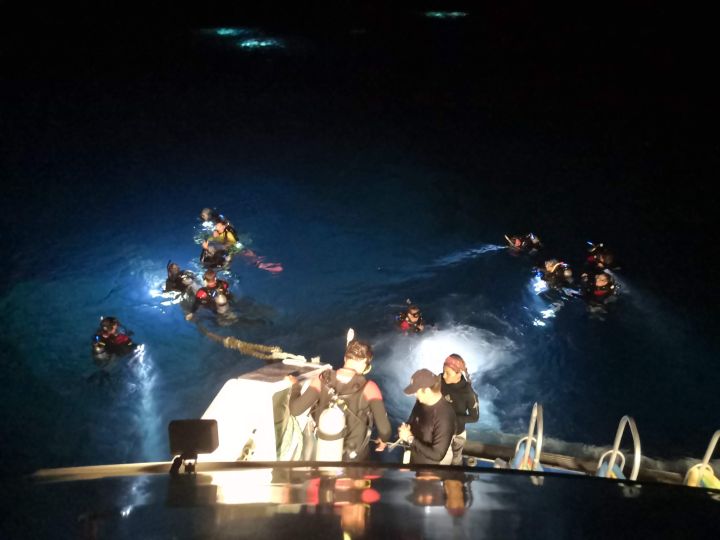 Because the actual timing of the annual coral spawning is incredibly hard to pin down, we unfortunately missed the big event when we went out on the night dive.

However, many others got to witness it, and the night diving did not disappoint in the slightest.

I can’t begin to describe how eerie it was to be in the middle of the pitch-black ocean, torch on wrist, swimming over and between more species of fish than I could count.

I almost choked to death when my torch spotted a deadset shark mere metres away. The shark, let’s call him Andy, was incredibly blasé too. If someone shone a light in my eyes when I was trying to relax I’d be taking them to court. 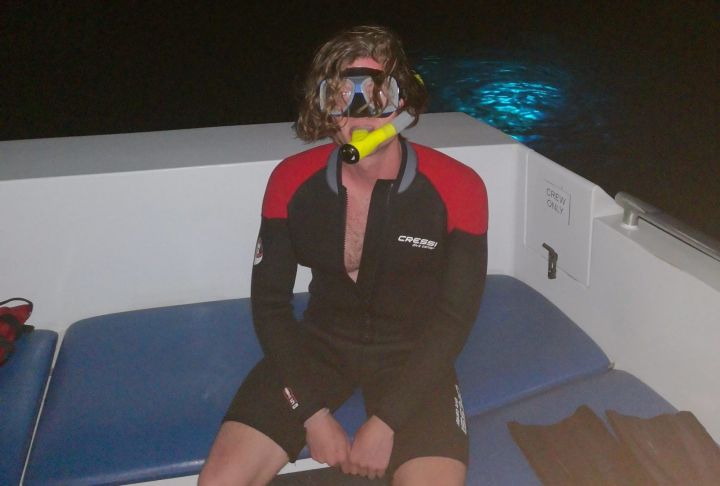 Look, no one intends to accidentally steal prescription glasses. It just happens. No one’s at fault here, except, you know, me. It was just an honest stitch-up – someone had taken my wetsuit and goggles, I didn’t realise and took what I believed to be mine.

Only, I could hardly see through the goggles and the crotch was very tight. I realised later I had accidentally knicked the gear off another tourist – who was much shorter and older.

Ah well, no harm done…that I know of.

The general consensus though team is that even if you aren’t an experienced diver, or if you’re not even that partial to water, the Great Barrier Reef is one of those experiences you’ll forever lord over people who are yet to go.

And bragging rights are everything, at the end of the day.

The writer travelled as a guest of TEQ and Bailey, A Crystalbrook Collection Hotel.