Introducing Bhutan: The Eastern Himalayan Kingdom With Beer That Rivals The Best

I’m hoping I’m not the only one who had to google Bhutan because I’m starting to feel very insecure about my geography knowledge right about now.

Located in the Eastern Himalayas in South Asia, Bhutan is a fiercely independent Buddhist Kingdom that’s considered one of the happiest places on earth – and not just because of the beer it makes, either. It’s so picturesque, it makes your usual tourist destinations look like utter garbage.

Thank god we’re doing a bit of a mission around the world too, otherwise I probably still wouldn’t have heard of it.

BWS and yours truly (PEDESTRIAN.TV) are currently on the World’s Biggest Beer Run, going to great lengths to create a six-pack of craft beers that you bet your bottom dollar you can’t find here in Australia.

READ MORE
We're On A Mission To Create The Rarest 6-Pack In The World & Beery Me, We Need Your Help

After you guys voted on the IG polls, we sent our resident BWS staff member, funny bloke Malcolm, as well as our “celebrity” Tai Hara, to Paro, Bhutan to scope out beer from Bhutan’s most famous beer experts – Namgay Artisanal Brewery.

Given Bhutan is literally in the mountains, you can’t exactly hail a cab to get there. Instead, you have to fly through a super narrow valley and hope the pilot knows how to land the plane without the assistance of airport navigation. 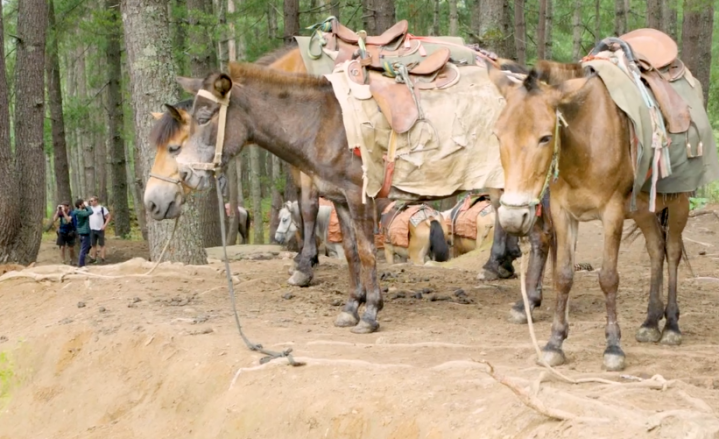 Want to feel further from home than you ever have before? Then simply hop on a donkey and travel over 10,000 feet above sea level and you’ll forget that Australia even exists.

Now, back to Namgay brewery: it’s there, and only there, that the Bhutan Red Rice lager is made.

My new adopted grandpa and owner of the brewery, Dorji, is in charge of overseeing the fermentation process which usually takes around 7-13 days to complete. After that, it’s sent out to the Kingdom for their enjoyment.

Problem is, Bhutan lager doesn’t get sent to Australia, but Malcolm and Tai ensured that would change.

Take a look at their travels below:

Just to clarify – no, each piece of red rice is not hand-picked from the fields. Ignore Tai.

If you want to try a Bhutan lager along with beer from five other countries (including Japan), answer a quick question below, register your details and 1 of 20 of the world’s rarest six-packs could be yours.