Hollywood Has Fixed ‘Sonic The Hedgehog’, But At What Cost?

No two ways about it: The original designs for Sonic in the upcoming Sonic the Hedgehog movie did not look good.

From his hideously human-like teeth all the way down to his disturbingly all-too-human calves, Sonic came across not as a fun, cartoonish hedgehog that you would like to be friends with, but as a speedy blue nightmare that you would hide in a bin to escape from. His appearance evoked in me an instinctive fear and sense of unease, better suited to an unsympathetic protagonist like Daniel Plainview than the charming star of an animated film for children.

Try as I might, I could not make myself feel fondly towards him. This was a sentiment that was quite widely shared. So much so that the film was pushed back to give his creators an opportunity to rework the beast into something more palatable — the type of anthropomorphic hedgehog that wouldn’t, say, make children cry in theatres. 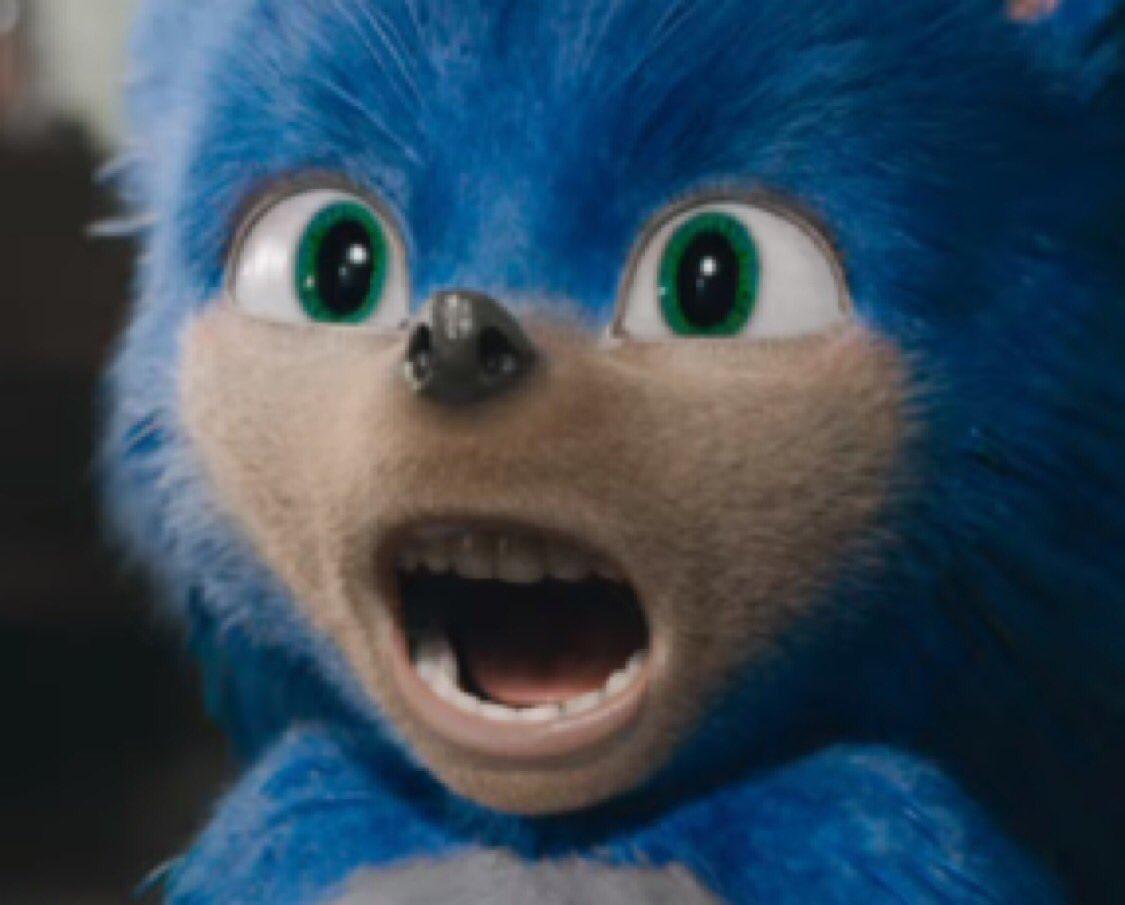 Amidst the backlash, director Jeff Fowler took to Twitter to announce that they had succumbed to the horrified shrieks of the masses. “Thank you for the support. And the criticism. The message is loud and clear… you aren’t happy with the design & you want changes,” he wrote. “It’s going to happen. Everyone at Paramount & Sega are fully committed to making this character the BEST he can be…”

And, sure enough, they fixed him.

The new trailer for the 2020 film shows a softer, rounder and much more easy on the eyes Sonic the Hedgehog:

Gone are the nasty little teeth and the vaguely threatening musculature. He looks friendly and adorable instead of menacing and fucked. Check and check. Mission accomplished. The terrible Sonic is gone, but at what cost?

Obviously, Sonic looks a thousand times better and the movie will likely be much better off for it, but, at the same time: I fucking I hate this. I hate the thought that instead of being the product of the people that made it, this movie will be the product of the opinions of a bunch of people who haven’t even seen it.

It’s not like we lost any great work of art by diluting some auteur’s vision (sorry Jeff), but we lost something much more precious: A big-budget studio film that made it to theatres as something that is inexplicably and undeniably fucked up.

There are thousands of good movies in the world, but only so many that have passed through the meddling of studios and the opinions of test audiences to emerge in cinemas as something that no sane person would make. These are rare gems, and every one of them must be treasured. From Highlander to Mac and Me to Howard the Duck to David Lynch’s unique and incomprehensible take on Dune, occasionally a freak confluence of circumstances allows something unchecked, unbalanced, and unhinged to slip through the cracks.

In a world where Netflix can use detailed analytics of their users’ viewing habits to hone in on exactly the sort of movies and TV shows that people want to watch so that they themselves can make that movie or TV show, these sorts of beautiful mistakes are going to disappear.

Would the 1993 Super Mario Bros. movie have made it to screens if producers were sensitive to Twitter’s opinion on Dennis Hopper playing Bowser, where Bowser is just a weird man with a lizard tongue? Would The Happening have been made if snarky comments online about the bad guy in the movie effectively being a gentle breeze shook M Night Shyamalan’s confidence?

Good movies are a dime a dozen. I’ve seen heaps of those. What I want to watch is movies that make me scream “How?? How the fuck did this get made?! Who let this happen?!”