When it comes to video game development, Australia isn’t exactly a premier player, at least when it comes to big production titles. The indie game scene, however, is continuing to move from strength to strength, and Anthony Tan‘s beautiful upcoming game, Way to the Woods, is a testament to that fact.

Officially announced a few years ago, Anthony more recently gained the support of Microsoft‘s ID@XBOX program, which provides much-needed resources to indie devs trying to get their games off the ground. This year, Xbox‘s pre-E3 showcase featured Way to the Woods’ gorgeous new trailer, showing off its full potential on one of the gaming world’s biggest stages, and the reception has been next-level for the young game maker.

“When I actually came here and I walked in and I saw the stage and I saw the screens and the lights and looked into the crowd and saw all these Xbox fans, my heart was like, BOOM BOOM,” he told PEDESTRIAN.TV.

Seeing his game amongst so many massive titles like Gears 5, Halo Infinite, and the bonkers Cyberpunk 2077 trailer featuring actual Keanu Reeves, was an incredible moment for him.

“I was definitely just blown away, it felt surreal, it felt like a dream,” he said.

While you’d be forgiven for thinking Anthony has been making games for some time, or has come from some kind of tech background, he’s actually 20 years old and released the first screenshots from Way to the Woods when he was just 16. After an overwhelmingly positive response from the Reddit community, he decided that it was a venture worth pursuing, even if he didn’t know exactly what he was doing.

“I’ve been teaching myself,” he said. “It’s been a life long journey [laughs], but probably really picked up [when I was] around 16 or so when I did the screenshots and posted them.”

“In terms of how I learnt to make games, I can’t really pinpoint a specific moment, but it’s been probably a decade of YouTube tutorials and Googling and just asking people and hitting up everyone’s DMs or emails.”

In other words, Anthony is completely self-taught, using online resources readily and freely available to anyone with an internet connection. As for the inspiration behind Way to the Woods itself, he says it mostly comes from creators like Studio Ghibli, Rebecca Sugar and more.

“They’re so endearingly genuine and their work all carries the same positive spirit and optimism,” he said. “Especially movies like Spirited Away which are kinda scary and dark, but carries this light throughout the whole movie. I always love work that leaves me feeling this like, awe-inspiring feeling of goosebumps.”

“I feel like I’m a better person for having watched or seen or read those, and I just wanted to do the same, to try and make people feel the same way.”

That vibe certainly comes across in the trailers, particularly the latest one, which is the most comprehensive look at the game so far. You can have a look for yourself below.

While Anthony was always keen on making a story-based game, he says it took a little time to develop a narrative he was comfortable with. “I was 16, I didn’t have any stories to tell because I’m just a kid,” he said. Eventually, it was the feelings experienced during his own journey to adulthood which would serve as the inspiration for Way to the Woods’ story.

“That journey from 16 to 20 and everything in between,” he said. “It all seems so unknown and so scary and that’s really how to find the joy and the spark of optimism and happiness. That journey was, to me, the spark for the whole game.”

Anthony had been working on Way to the Woods on his own up until 2018, but after dropping the first trailer, Sarah Conde from the Xbox ID team reached out to him, at which point, “one thing just led to another,” he said. “A few months later, E3’s coming up and they’re like ‘you wanna be a part of it?'”

Making the game is now a full-time venture for the young developer, who has been working with an animator and composer for the project. “With the support of Xbox, I can do this full-time and I can safely concentrate on the game,” he said.

While the Aussie game development scene might be small compared to other parts of the world, Anthony says the community has been amazing to him from the very beginning.

“Everyone in the small community, in Melbourne at least, has been nothing but kind to me and very welcoming,” he said. “Ken Wong who did Monument Valley a few years ago reached out and said ‘hey, let me show you around, let me show you the community’.”

“Because it’s so small we take care of each other more and we’re close-knit, I feel like everyone wants each other to succeed.” 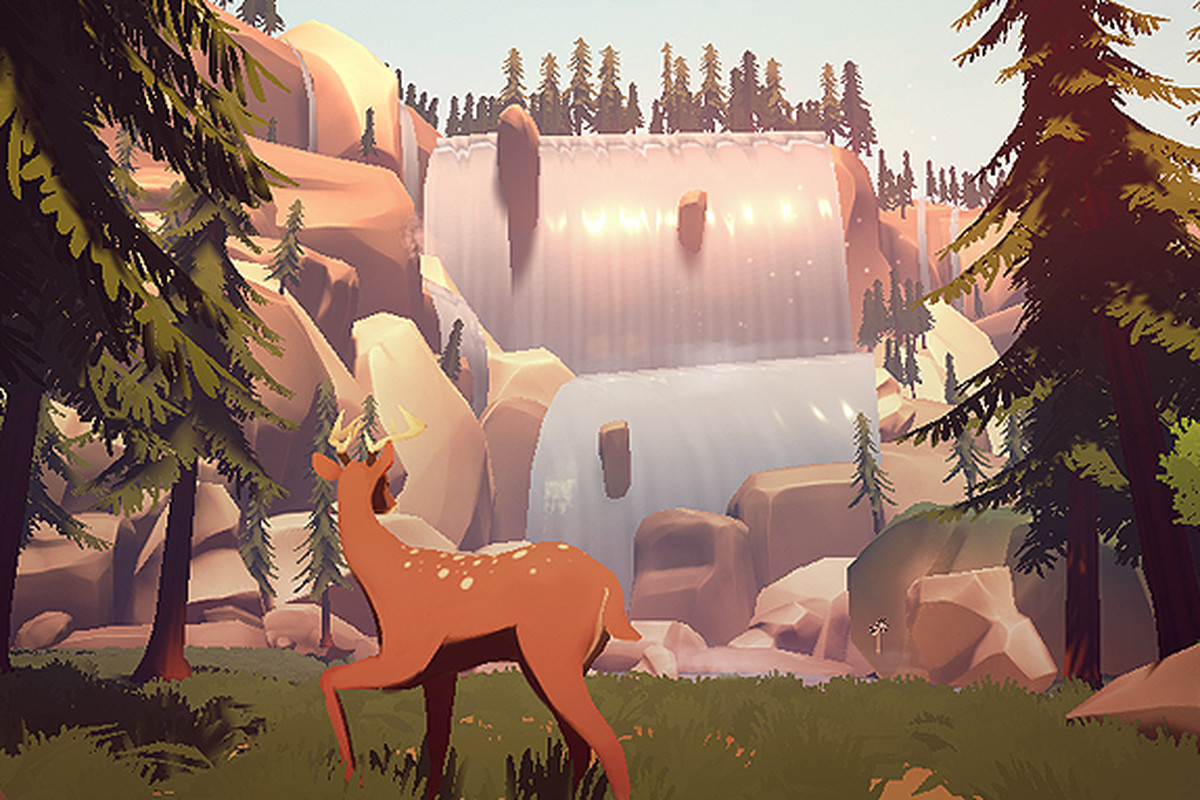 It’s certainly great that there’s a healthy community of creators in Australia, and even better to hear that there’s no rivalry between them. The more that Aussie-made games succeed, particularly on a global scale with the support of big companies like Microsoft, the bigger and better the local industry will become.

Way to the Woods will drop at some point in 2020, but it certainly won’t be the last work you see from Anthony Tan, who’s definitely keen to keep making games in the future. As for what specifically, he says he has a couple of ideas floating around.

“I really like Stardew Valley,” he said. “I would love to do a game that people can laugh at.”

If you’ve been thinking about making your own game, Anthony has one piece of advice for you: “It’s free, just do it,” he said. “Just click the download and just do it. Everything you need is out there.”

He’s absolutely right, folks, you can make a game right now if you really want to. If you have an idea, why not give it a whirl? Even if it’s just a side hustle, Microsoft is always on the lookout for great indie games, and yours could be the next to hit the E3 stage.