US Bloke Skips The Ambo, Uses Tesla’s Autodrive To Get Himself To Hospital

Driverless cars. They are the future, and as some like to say…. *the future is now*.

A US driver who suffered a pulmonary embolism took himself to hospital in his Tesla Model X instead of calling an ambulance, and if that isn’t one of the best arguments FOR driverless cars (next to reducing the death toll by literal thousands) then I don’t know what is.

Joshua Neally, a 37-year-old lawyer from Missouri, was driving home in rush hour traffic when he began experiencing a piercing pain in his stomach and chest.

After calling his wife, he decided the next best step would be to switch on car’s autopilot feature and get himself to a hospital – some 32km away.

Doctors said he was lucky to be alive. Pulmonary embolisms are blockages of an artery in the lungs kill between 50,000 and 200,000 Americans each year. Neally later said that he probably *should* have called an ambulance, but when his symptoms first started he didn’t think it was all that serious.

He also said he was lucky to be driving a Tesla. Looks like SOMEone’s just given Elon Musk his new slogan. 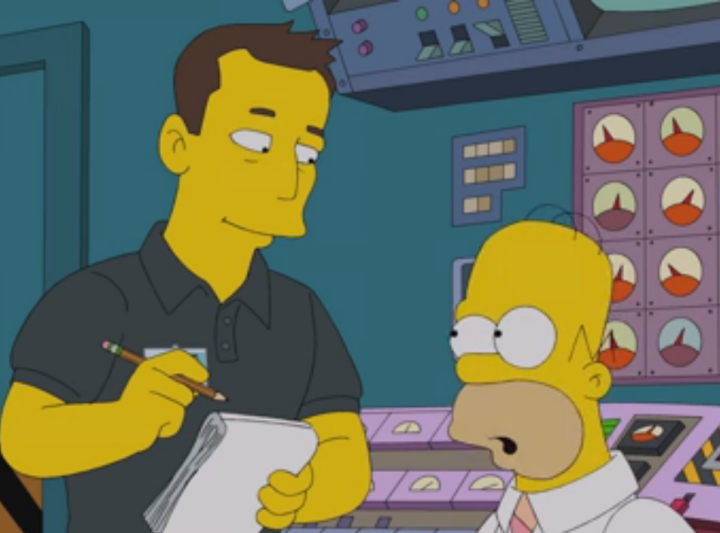 Here’s the thing: the autopilot feature isn’t a *true* autopilot in the sense of the SciFi fantasy come to life (i.e. a driverless car that can take you from door-to-door while you zone the fuck out / work on your night cheese). That’s still to come. Rather, it’s a feature that allows the car to pilot itself on long stretches of freeway / motorway, including braking, accelerating and steering.

Luckily, Neally WAS driving on a motorway, and the hospital wasn’t far from the off-ramp. He told Slate that he doesn’t remember much of the drive, which kinda worryingly includes the time between the motorway and the hospital carpark where he would’ve been steering. Yikes.

His close call obviously comes after the tragic death of Joshua Brown, the Tesla driver who was killed in a crash earlier this year while using autopilot and (reportedly) watching Harry Potter at the same time. His Model S failed to detect a tractor trailer in “extremely rare circumstances” on a highway in Florida, and drove under the back of it, making Brown the first known death caused by a driverless car.

“Autopilot is getting better all the time, but it is not perfect and still requires the driver to remain alert,” Tesla said in a blog post. “Nonetheless, when used in conjunction with driver oversight, the data is unequivocal that Autopilot reduces driver workload and results in a statistically significant improvement in safety when compared to purely manual driving.”