We’ve partnered with the legends at Telstra to bring you some of the tastiest tech content you’ve ever laid your dang eyes on. How tasty, you ask? Well, it just so happens that they’re very well placed in the tech scene, so buckle up and get a load of this.

Even if you think you’ve got the hottest scoop on the tech world, there’s always something going on under your nose that you likely have no damn idea about.

Recently, we got a tour of one such hidden gem – Telstra‘s centre for innovation and all things technically rad, Gurrowa. Located in Melbourne‘s CBD, the futuristic destination is a breeding ground for innovation and new ideas across a spectrum of cool shit.

“The
name ‘Gurrowa’ is an indigenous word from the Wurung language which means
‘interchange’, and that’s what we aim to do here; have an interchange of ideas,” Frank Arrigo, Tesltra’s API evangelist told PEDESTRIAN.TV. 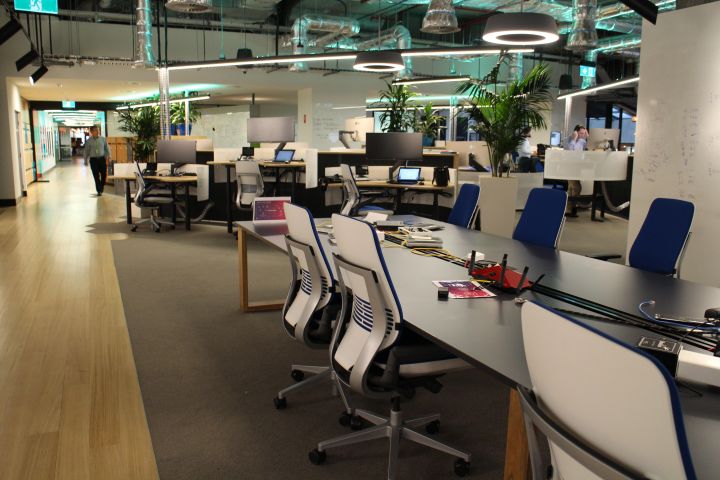 “The
lab has been designed as an environment that encourages open collaboration. We
have project zones; and amazing capabilities including fully equipped mechanical
and electronics workshop plus experts in lean startup, design thinking, rapid
prototyping, technology and innovation.”

A prime example of this smooth brand of innovation is a recent collaboration with NAB, resulting in a beautiful lovechild named Proquo – a platform for businesses to trade or swap services with each other.

“Small business owners tell us they are continually looking for new ways to do business and we think Proque will provide them with a unique way to network and grow their business,” said NAB Executive General Manager of Micro and Small Business, Leigh O’Neill.

“Strategic partnerships like this one with Telstra, to combine the capabilities of two of Australia’s biggest companies, creates a really innovative business option for the small business community.” 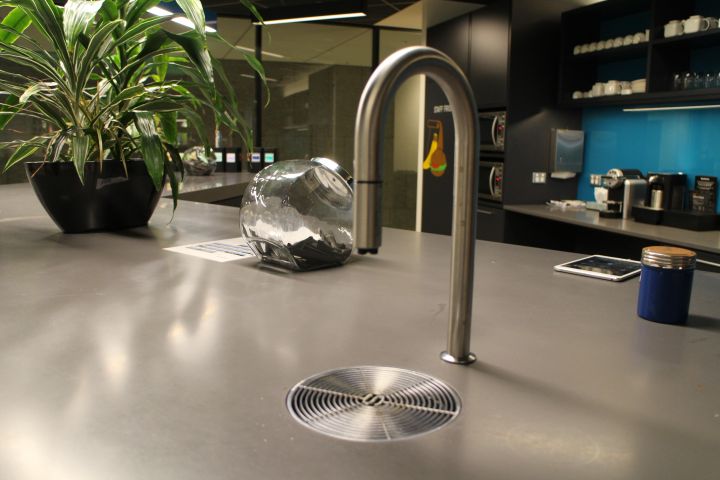 Yes, of course that’s a tablet-controlled coffee tap. Why do you ask?

Featuring a room exclusively for virtual reality and a workshop for creating dope wares, the space isn’t just for Telstra products, as you may expect they’d be. The company is a pretty big wheel in the Startup scene and to strengthen those ties, they allow alumni from startup incubator muru-D to work from the space.

“Right now we have the CTO of Simpla working from here. We see this
as a good way to strengthen the relationship between the startup world and the
corporate world,” said Arrigo. 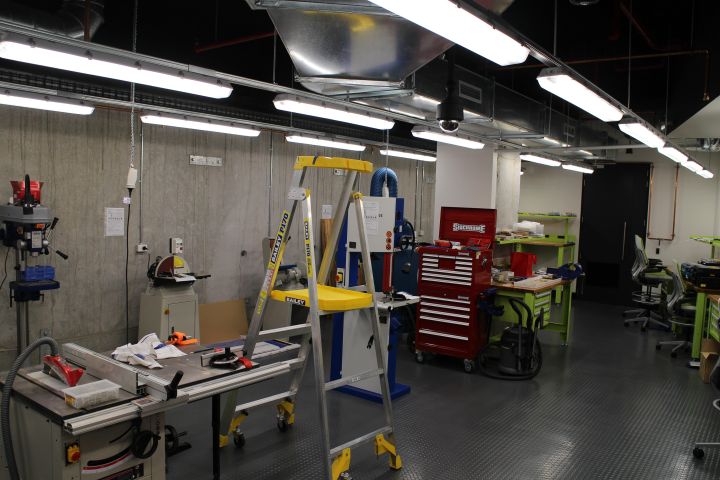 As well as encouraging and nurturing the startup community, he says there is a strong humanitarian approach to some of events they hold.

“We like doing hackathons that have a strong purpose,” he said. A hackathon is a collaborative event that generally revolves around computer programming and working to solve a particular problem.

“Sometimes we don’t just do it at Gurrowa, but we go out to support the
community. An example of has been the involvement with Techfugees, which started in the
UK – the tech community’s response to the needs of refugees, which has spread
around the world, including Australia.”

One such innovation is technology that helps refugees connect with their community in Australia, helping them to create broader social connections outside of their immediate family.

So keep your beady little eyes pealed for many more slick innovations that are sure to be shot right at you from the technological cannon that is Gurrowa.

You. Copping all the tech.