Smartphone Cameras Which Are Perfect For Gnarly Pit Photography

Most smartphone cameras are pretty decent these days. Almost any phone will take a decently ‘Grammable snap of your mischievous puppy, beloved partner, or hungover Sunday brunch.

Where you start to see a real difference, however, is in more extreme conditions, such as gigs. The combo of a dark environment, lots of movement, and unpredictable lighting makes taking good photos hard, and is a great way to see just what a phone camera is capable of.

So what smartphone is best for taking a killer shot of your fav band? Enjoy these pictures of sweaty men holding guitars as we find out. 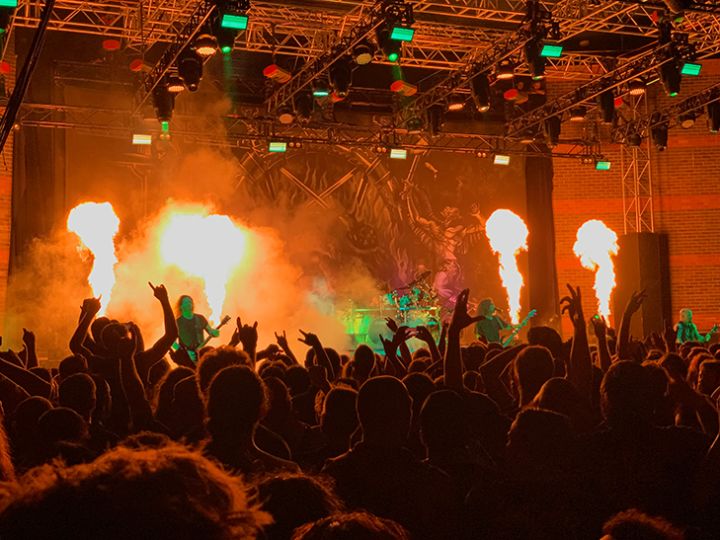 It’s impossible to stand still at a Slayer show: the crowd just won’t let you. Watching thousands of metalheads open up a pit during Raining Blood is some real parting of the Red Sea shit.

The point is, it’s kinda hard getting a good photo when your feet are barely touching the ground. Which makes this shot I got on the iPhone XS Max even more impressive: every single band member is sharp, and that pyro is bound to rack up likes.

This photo actually came from the iPhone XS Max’s 2x zoom lens, which is useful when you can’t fight your way through a black sea just to get the perfect shot. 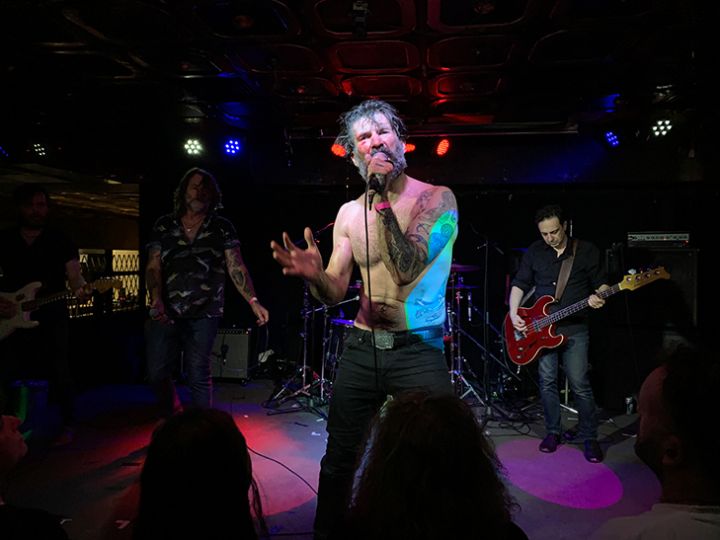 If you’ve never seen Brisbane punk legends, Six Ft Hick, play live, you need to sort your life out and get on it. Blood and beer get spilled, bottles get broken, and I lost my glasses in the mosh three times. They play with the intensity of methed-up bogan meet doomsday preacher; it’s a show like nothing else.

While the band has a severe lack of chill, the iPhone XR did a top job of capturing the fervour. If you don’t quite have the dosh to drop on an iPhone XS or iPhone XS Max, the iPhone XR is an excellent alternative. It doesn’t have a zoom lens, but the primary camera is identical to the pricier models. 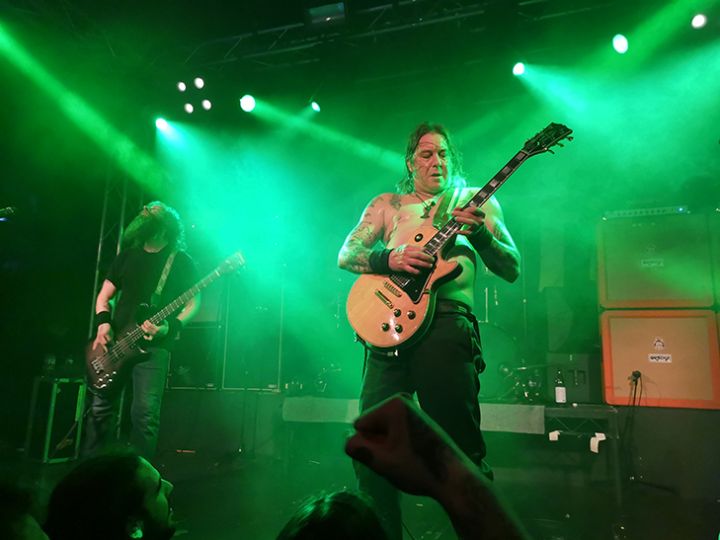 High on Fire frontman, Matt Pike, is renowned for never wearing a shirt. That’s not actually important but kinda sets the scene: the band play balls-to-the-wall sludge metal that lets it all hang out.

A High on Fire gig is one of those ferocious shows where a heavily bearded dude is going to slam into you at one point or another. If you want to take a photo, you need to do it quickly.

Fortunately, Huawei‘s Mate 20 Pro focuses and shoots fast. It’s easy enough to pull it out, snap some quick photos (and get at least one killer shot), and put it away before someone crowd surfs overhead and leaves you with a shattered screen. 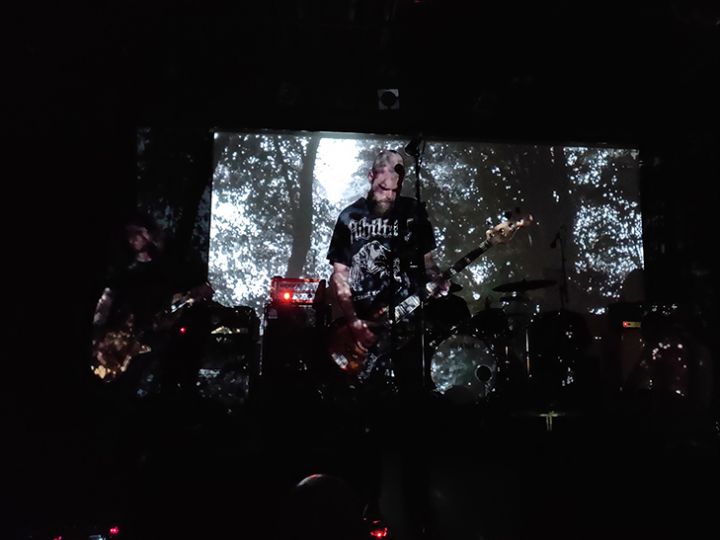 Amenra put on a really dark show, and not just because of screamed verses like “hand me the razor, feed me the pain”. The tormented Belgian post-metallers prefer to play in the shadows, using just a single projector for light.

Extreme lowlight is extra tricky; your phone has to work harder to capture a good picture, which can result in motion blur. This is heaps problematic when you’re trying to shoot burly dudes who just won’t stand still.

Nonetheless, the OPPO R17 Pro did alright. Not every photo was perfect, but given the sitch, I got more shareable shots than expected. That’s pretty good given OPPO’s latest is far cheaper than every other phone here.

Whichever you end up choosing, many modern smartphone cameras can make gig photography a little easier than it once was.

At Pedestrian, we write about stuff we like and think you’ll like too. Pedestrian often has affiliate partnerships, so we may get a share of the revenue from your purchase.