Pokémon Sword & Shield are out this Friday on Nintendo Switch, and like most casual fans of the series, I’m excited to buy my copy on the day, smash it out over a weekend or two, and then not really think about it much until the next game comes out.

While new Pokémon titles are typically met with universal excitement, something strange is happening in the lead-up to Sword & Shield – a vocal contingent of hardcore fans is so mad about changes to the beloved games that they’re pushing back, in what’s being called Dexit.

What exactly is Dexit?

Pokémon Sword & Shield take place in the Galar region, a brand new continent based on the British Isles, and will feature hundreds of new monsters, while omitting quite a large number of old favourites, meaning you won’t be able to catch ’em all.

While the new game will add 75 new species of Pokémon, the total number of playable creatures will be limited to 400, meaning numerous old faves are getting the chop. The cuts are so significant that not even poor old Bulbasaur and Squirtle are safe.

For players who have digitally collected and transferred creatures over different eras of the game, these changes are not welcome. Given the British Isles setting, many have compared this newer, more insular version of Pokémon to the nationalistic fervour surrounding Brexit.

What have the developers said?

Speaking with US Gamer magazine in June, producer Junichi Masuda explained the trimmed-down Pokédex, insinuating that technical limitations are partly to blame:

“We knew at some point we weren’t going to be able to indefinitely keep supporting all of the Pokémon, and we just found that Sword and Shield would probably be a good point to go back and reevaluate what would be the best selection of Pokémon that appeal to the widest audience while keeping into consideration the balance of the battle system.”

Statements like this have done little to appease hardcore fans, and many are taking to the series’ subreddit to criticise leaked animations and threaten Nintendo with boycotts until all the old faves are reinstated for the series.

In addition to the reduced roster, fans have other, sundry concerns about the new games, one of the big ones being a reduced difficulty level.

In older games, Pokémon in a player’s reserve party would not level up unless the experience sharing system was turned on. In Sword & Shield, Exp. Share will be automatic, and some hardcore players feel this will lower the challenge.

Director Shigeru Ohmori addressed these concerns by saying that players could simply travel without a reserve party to avoid this:

“Those who have it turned off want to train one specific Pokemon. We thought: is there a way to achieve that? There is, simply by putting the rest of your Pokémon in the PC.”

This also did not go down well with hardcore fans. 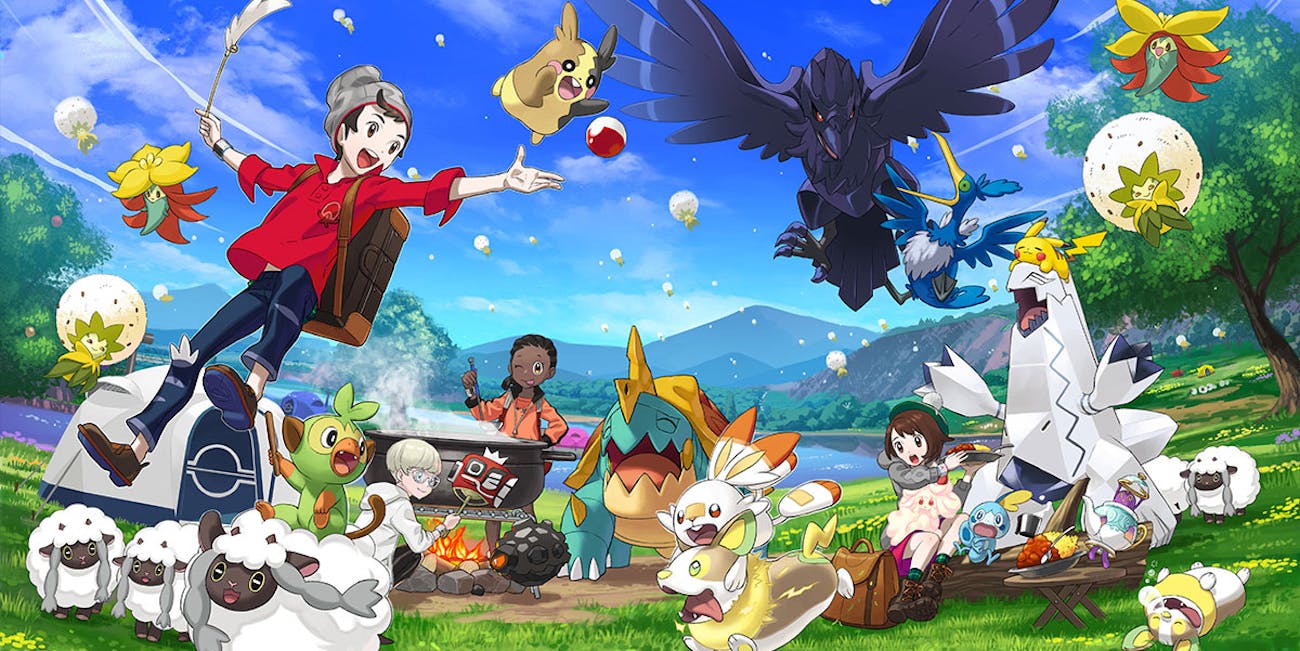 Will any of this affect sales?

The Switch has been a massive commercial success for Nintendo, and the recent Smash Bros Ultimate was recently declared the biggest-selling fighting game of all time. This would suggest that the level of interest in beloved Nintendo franchises is still very high.

US video game retailer GameStop revealed that Sword & Shield were the second-most preordered games at the recent E3, behind only Call Of Duty Modern Warfare.

We’ve put in an inquiry with Aussie retailer EB Games to see how preorder numbers are shaping up here, but I’ll be lining up to grab my copy on Friday, and an unofficial straw poll suggests that my mates in the office are also dead keen on it.

READ MORE
A Set Of Pokémon Cards Sold For $158K, So Hands Up Who Traded Theirs For Twisties

I for one look forward to spending my weekend catching … most of ’em.