A 1999 Nokia Was Found Covered In Barnacles On The GC & Ya Reckon I Can Still Play Snake On It?

Who lives in a pineapple under the sea? A Nokia from 1999.

Ok now that the lame joke is out of the way, let’s get to the formalities.

Honestly can’t think of a better place to find a vintage phone than the epicentre of arts and culture in Australia — the Gold Coast. If you think I’m joking about the GC being cultured, I’m not. Where else can you find Bernard Tomic’s fave club Sin City, Movie World, Meter Maids and of course the new Bachelor mansion?

The Nokia 3210 came out in 1999, the year that many of you were just a mere sperm. The mobile was small and extremely durable, hence the nickname “brick phone”. 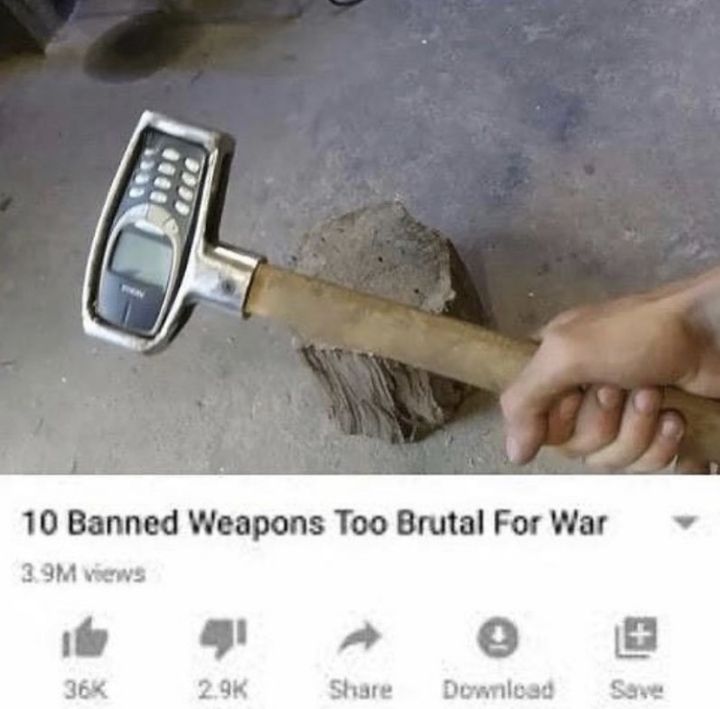 Now, all I need to do is breathe and my iPhone breaks. But back in the day, you could probably run over your Nokia and it would stay in one piece. I bet this Nokia would probably still work if you put it in some rice.

I would spend hours playing Snake on my mum’s phone to the point where I should’ve been hospitalised. But me and my opposable thumbs are still here and I thank my lucky stars that I grew up during the time of Snake and not whatever the hell children are doing these days. Probably hacking the PCs of the corporate elite or something.

Anyway, all this talk about the Nokia brick phone is taking away from my precious smart phone time. I need to go post a BeReal and make sure I haven’t missed any more of the Elon Musk/Twitter drama.